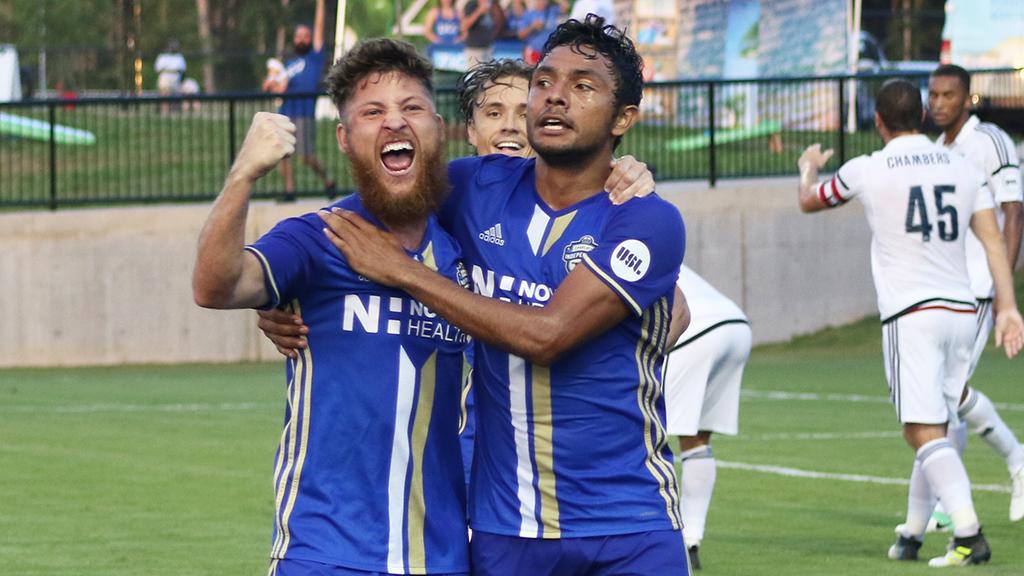 CHARLOTTE, N.C. – Enzo Martinez had the only goal and Cody Mizell recorded a seven-save shutout as the Charlotte Independence took a 1-0 victory against Bethlehem Steel FC on Wednesday night at the Sportsplex at Matthews in the USL Game of the Week on ESPN3. Steel FC got the first good chance of the game in the 12th minute when Santi Moar broke into the left side of the penalty area and cut inside past his defender, but Mizell parried the ball away, allowing Charlotte to clear. The Independence took time to come into the game, but after a good spell of pressure took the lead in the 33rd minute as Martinez threaded a shot into the bottom-left corner of the net for his 13th goal of the season. Donnie Smith almost added a second for the Independence a minute before halftime, sending a short clearance just wide of the right post, while Alex Martinez sent a header just left of the net in stoppage time. Bethlehem’s Moar threatened again just before the hour-mark, and then fired a shot that Mizell gave up a rebound on that was cleared to safety. Anthony Fontana then forced a save from Mizell as Steel FC continued to press for an equalizer. The Independence twice went close to an insurance goal as Joel Johnson had a shot blocked after a good cut in from the right, while Martinez forced a good save by Steel FC goalkeeper Tomas Romero with 16 minutes to go. Romero was again sharp as he turned away Charlotte’s Smith on a counterattack, and Martinez almost added a second in stoppage time only for Romero to tip his shot wide. Steel FC couldn’t find an equalizer, however, allowing the Independence to move to 5-0-1 at the Sportsplex at Matthews.

Cody Mizell, Charlotte Independence – Mizell’s seven-save shutout earned his fourth shutout of the season, and left Steel FC with nothing to show from its strong road performance.