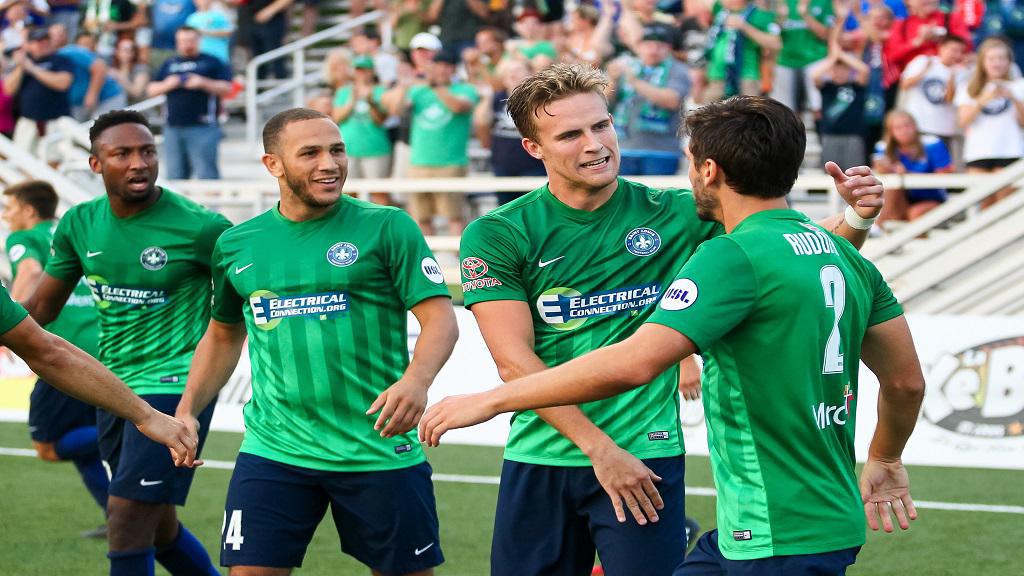 FENTON, Mo. – A frantic opening 15 minutes which saw four goals eventually calmed down, before Saint Louis FC managed to come back for a 4-3 win against the Tampa Bay Rowdies at Toyota Stadium - Saint Louis on Sunday night. It took just one minute for Saint Louis to open the scoring as Ivan Mirkovic was able to play through Daniel Jackson to open the scoring early. Just four minutes later STLFC doubled its lead as Emmanuel Appiah laid a soft ball in to the path of Seth Rudolph who buried the chance. Tampa Bay didn’t get their heads down, and in the 10th minute Marcel Schäfer was able to make a strong run and hit a powerful strike from the edge of the area to pull Tampa Bay back in to the match. The Rowdies got back on level terms in the 16th minute as a poor clearance fell right to Georgi Hristov who was left with a simple finish to make it 2-2. After that frantic start, Tampa Bay took the lead after a perfect header from Martin Paterson who dove in to head home a beautifully placed Kyle Porter cross in the 36th minute. Saint Louis got back on level terms in the 67th minute as Rudolph sealed his brace after a poor clearance allowed Dragan Stojkov to send in a cross for Rudolph, who headed it past a scrambling Matt Pickens. Tampa Bay was forced to play out the final five minutes without Damion Lowe, and it proved costly as Mirkovic notched his second assist, setting up Konrad Plewa for an 89th-minute winner as he redirected the ball in to the back of the net.

Seth Rudolph, Saint Louis FC – Scored two goals, and was routinely making runs in to the good positions needed, allowing him to get the header on the third goal for Saint Louis. Rudolph scored with every shot he took and won every aerial contest he entered.