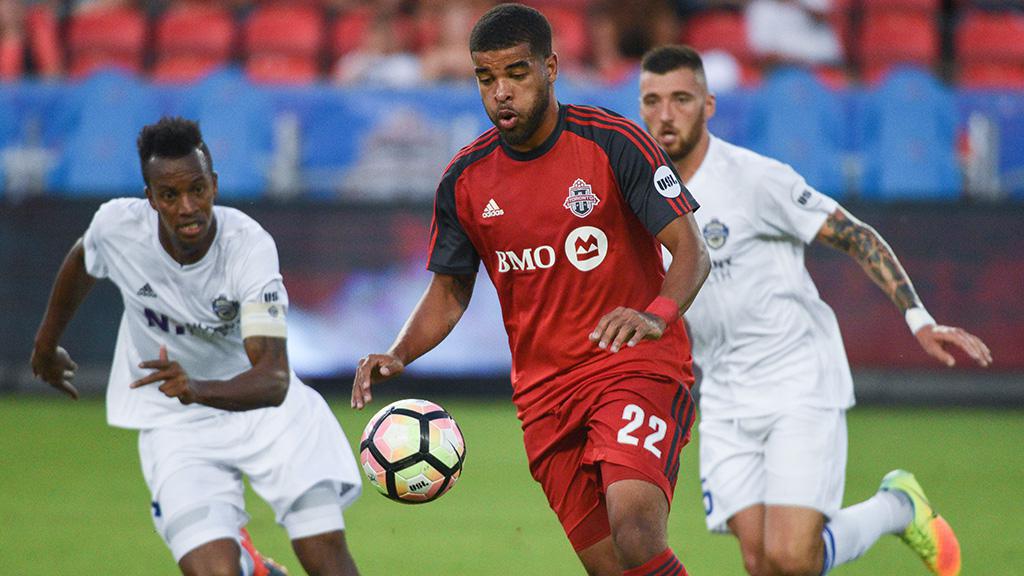 TORONTO – Jordan Hamilton scored in stoppage time as Toronto FC II earned a 2-2 draw with the Charlotte Independence on Wednesday night at BMO Field, a result that saw the 10-man Independence extend their undefeated streak to 12 games, tying a club record. Toronto (4-12-6, 18pts) almost took the lead in the seventh minute as Hamilton got in behind the Independence defense, but Independence goalkeeper Cody Mizell did enough to allow his defense to recover and snuff out the threat. Charlotte’s Jaime Siaj forced a tipped save by TFC II’s Mark Pais in the 16th minute on the Independence’s first chance, but Toronto had the better chances in the first half. Shaan Hundal almost connected with a low cross from Tsubasa Endoh in the 37th minute, and Hamilton had his shot from 20 yards saved a few minutes later. Jordan McCrary volleyed over for the hosts in the final minute of the first half, but Hamilton broke the deadlock four minutes into the second half with a low finish from the left side of the penalty area. The Independence (11-3-7, 40pts) leveled just past the hour-mark, however, as a cross from the right by Joel Johnson deflected into the net as Pais was unable to claim cleanly. Charlotte was reduced to 10 men with 25 minutes to go as Donnie Smith was sent off for a dangerous challenge on McCrary, and moments later Hundal broke in on goal for the hosts, only to be denied by a low save from Mizell. Brian James also forced a save from the Independence’s goalkeeper in the 76th minute, but Charlotte’s David Estrada shot just wide of the left post a minute later. The Independence found the lead with 11 minutes to go as Siaj tucked home a finish into the right corner, but as it looked like the visitors had wrapped up victory, Hamilton scored on a curling finish to the bottom-left corner of the net in the second minute of stoppage time to earn his side a point.

Jordan Hamilton, Toronto FC II – Hamilton was dangerous regularly throughout the match, and finally got his payoff in stoppage time with a good finish that earned the hosts a point.