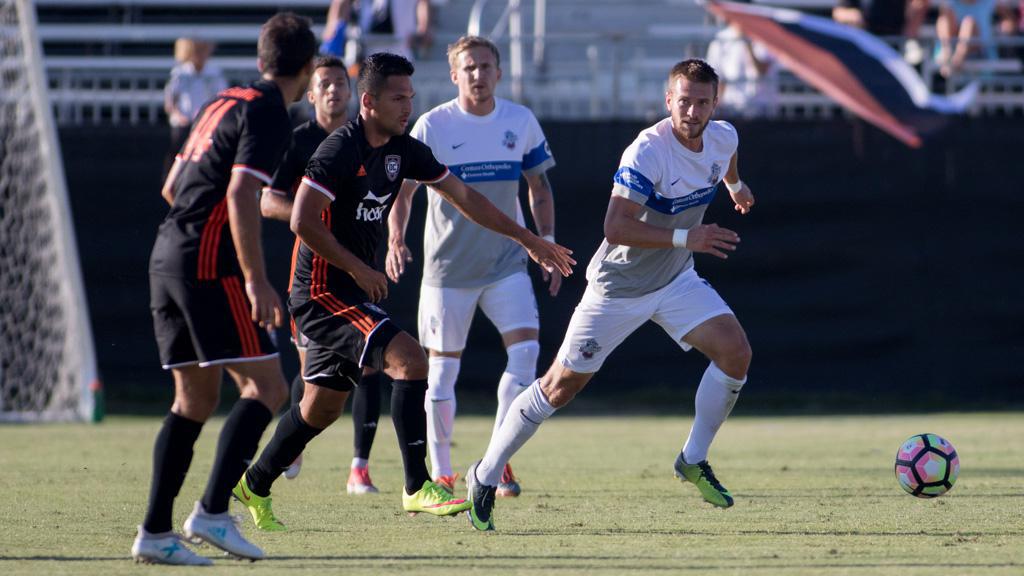 IRVINE, Calif. – Colorado Springs Switchbacks FC took a 4-0 victory against Orange County SC on Tuesday night at Orange County Great Park as a three-goal first half earned the side its third consecutive victory. The Switchbacks (9-8-6, 33pts) almost took the lead inside the opening minute when a hard deflection off an Orange County player sent Kevaughn Frater in on goal, but the Jamaican just sent his finish wide of the right post. Colorado Springs took the lead in the 19th minute, however, as Luke Vercollone fired home a great first-time shot from 25 yards off a layoff by Frater into the top-left corner of the net. Three minutes later Shane Malcolm emulated Vercollone’s finish with a spectacular finish with the outside of his right foot into the top-left corner to give the Switchbacks a two-goal advantage. Malcolm then played provider six minutes before halftime as his run into the right side of the penalty area left his marker for dead, and chipped a far-post cross to Masta Kacher for a simple volley home. Orange County (7-6-5, 26pts) came into the game in the second half, and Wuilito Fernandes forced a good save from Switchbacks goalkeeper Moise Pouaty six minutes in with a strong header. Pouaty also made a big save to deny Jerry van Ewijk in the 67th minute, but four minutes later the Switchbacks put the game away as Frater finished low to the right corner to give the side its second consecutive four-goal outing.