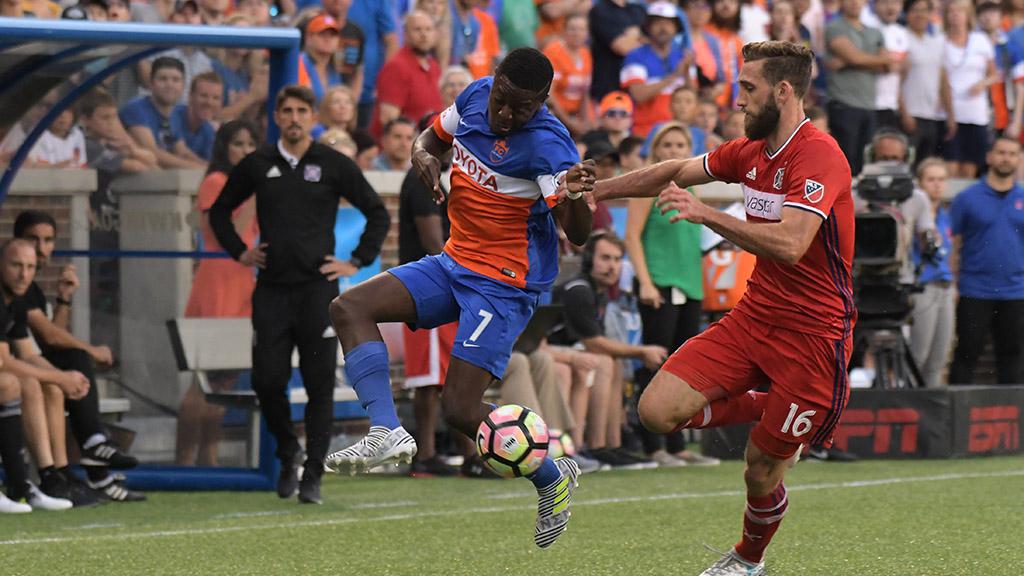 CINCINNATI – FC Cincinnati return to South Florida on Tuesday looking to make another piece of club history, and become the first USL club since 2011 to reach the Semifinals of the Lamar Hunt U.S. Open Cup when they take on Miami FC in the 2017 tournament’s Quarterfinals on Wednesday night.

Kickoff at Riccardo Silva Stadium on the campus of Florida International University is set for 7:30 p.m. ET, with the game set to be aired locally by Spectrum Sports and streamed online at www.ussoccer.com/lamar-hunt-us-open-cup. The game was originally scheduled for July 12, but heavy rain in the Miami area forced the game to be postponed.

FCC has made a remarkable run so far in its second entry in the Open Cup, recording four victories on home turf at Nippert Stadium in front of record-setting crowds. After earning a 1-0 victory against Louisville City FC in the Third Round in May, Cincinnati welcomed crowd of greater than 30,000 fans to both a 1-0 victory against Columbus Crew SC in the Fourth Round on June 14, and a dramatic 3-1 penalty shootout win against the Chicago Fire in the Round of 16 on June 28 after the teams had played to a 0-0 draw through regulation and overtime.

Goalkeeper Mitch Hildebrandt was the hero against the Fire, as he saved three shots in the shootout. Josu, Harrison Delbridge and Jimmy McLaughlin all converted from the spot to send the second-highest attendance in modern Open Cup history of 32,287 into celebration. Hildebrandt and the FCC defense has yet to concede a goal in this year’s Open Cup.

In attack, the side has been led by Djiby Fall, who is tied for second in the tournament with three goals. Fall leads FCC with 11 goals in the USL regular season, too, and will be available on Wednesday night as he looks to tie, or potentially overtake, Miami FC’s Stefano Pinho for the tournament lead.

Miami FC is coming off a 3-1 loss in league action on Saturday night to the New York Cosmos, but has had a good 2017 so far with an 11-3-3 record in the league and victories against Orlando City SC and Atlanta United FC to reach this stage of the Open Cup. In its second season, Miami has also reached the Quarterfinals of the tournament for the first time this year.

The reward for Cincinnati with a win will be a home date against the New York Red Bulls on August 15 in the Semifinals. FCC is looking to match the run by the Richmond Kickers in 2011, when the USL club defeated both Columbus Crew SC and Sporting Kansas City on the road before falling to the Chicago Fire in the Semifinals.