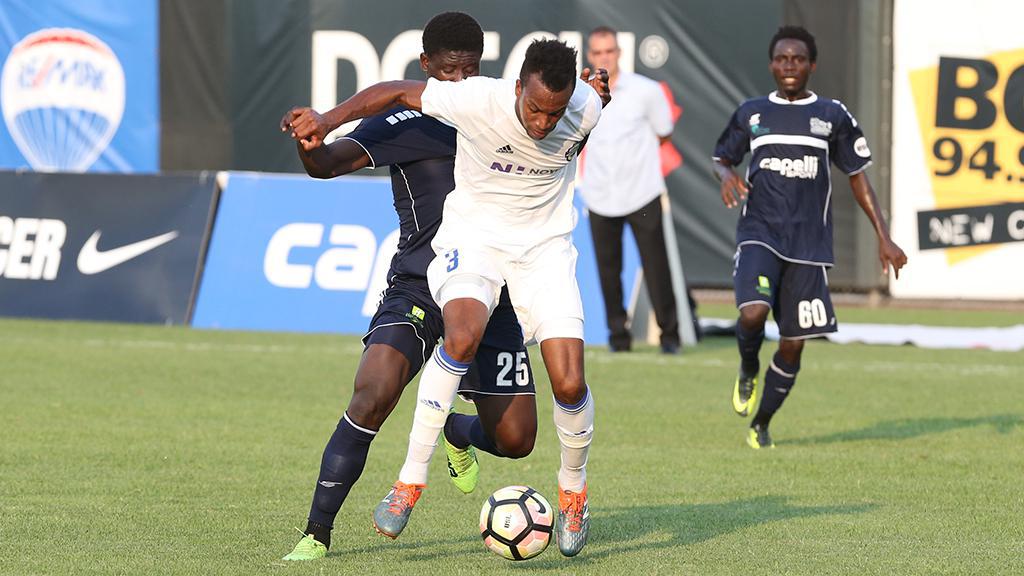 HARRISBURG, Pa. – Honors ended even between the Harrisburg City Islanders and Charlotte Independence on Tuesday night as they played to a 1-1 draw at FNB Field, ending the Independence’s six-game winning streak. Both teams looked to set a high tempo early, but the first good chance didn’t arrive until a corner kick for the City Islanders in the 23rd minute that saw Rasheed Olabiyi’s header tipped over by Independence goalkeeper Cody Mizell. The Independence went close two minutes before the halftime break when a half-cleared corner kick came to Alex Martinez, but his fierce shot from the left side of the penalty area was parried by City Islanders goalkeeper Brandon Miller. Harrisburg took the lead in first half stoppage time, however, as Ropapa Mensah headed home from John Grosh’s cross from the right side of the penalty area. Charlotte leveled six minutes into the second half as Enzo Martinez centered toward Jorge Herrera from the right, and the Colombian put home from close range after initially being denied by the City Islanders’ defense for his 11th goal of the season. The Independence almost took the lead in the 63rd minute when Martinez took a knockdown from Herrera 14 yards from goal, but Miller made a strong save to keep the game level. Harrisburg almost regained the lead with 13 minutes to go as Paul Wilson’s shot flashed just wide of the right post, but then the game went into a lightning delay with 10 minutes to go. When the teams emerged 30 minutes later both pressed for a winner, and the City Islanders almost grabbed victory when Rasheed Olabiyi’s shot after a good cutback from Danny DiPrima was blocked on the line by Callum Ross, but neither side found the decisive goal to earn all three points.

Rasheed Olabiyi, Harrisburg City Islanders – Olabiyi was a strong presence at both ends of the field, recording four tackles and five interceptions while also connecting well in attack.