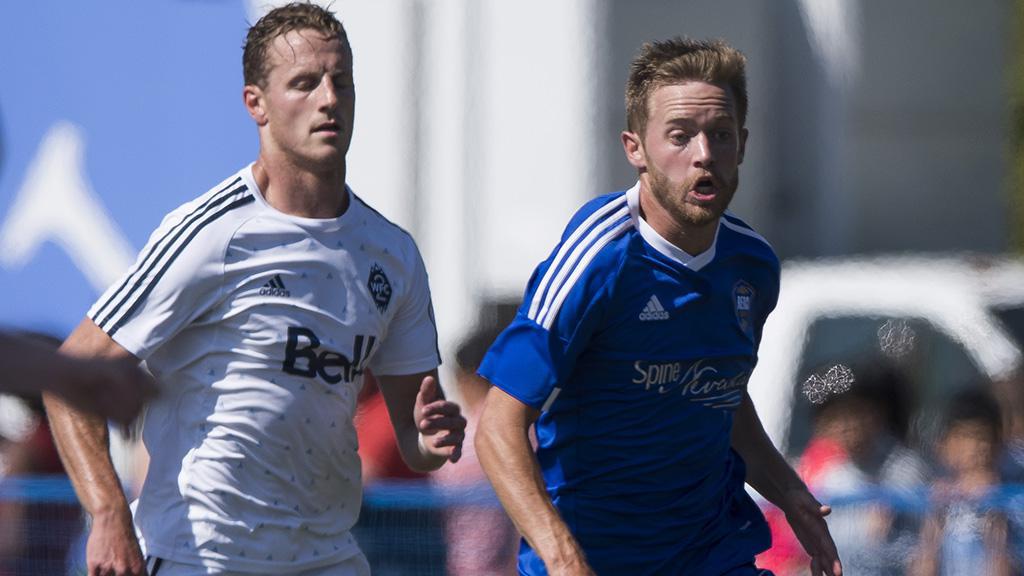 VANCOUVER, B.C. – Vancouver Whitecaps FC 2 and Reno 1868 FC both scored in the final 20 minutes as they settled for a 1-1 draw at Thunderbird Stadium on Saturday afternoon. Vancouver threatened inside the opening minute as Marco Bustos sent a low cross through the penalty area that almost found a finish, but Reno had the first good look at goal when Antoine Hoppenot had a shot from the left side of the penalty saved well by Sean Melvin in the 22nd minute. WFC2 missed out on a good move when Deklan Wynne’s cutback from the left was scuffed by David Norman Jr. and headed over, while 1868 FC almost found the net as a curling free kick from the left by Chris Wehan couldn’t find a finishing touch. Hoppenot again went close early in the second half, only to see his shot slide wide of the left post as Wehan closed to try and tap home. 1868 FC defender Brenton Griffiths had a big chance from a corner as he powered his header just over the bar on the hour-mark, but the breakthrough arrived for the visitors with 17 minutes to go as Dane Kelly’s low cross provided a simple finish for Brian Brown. Kelly almost played provider moments later, only for Hoppenot’s finish to lack pace, but then WFC2 found an equalizer as a good move down the left was flicked on by Marco Bustos, and Myer Bevan rifled home his finish into the right corner. Both teams threatened down the stretch, including a shot for Bevan than was blocked for WFC2 and a header sent high by Kelly for Reno, but the sides were left to settle for a point.

Marco Bustos, Vancouver Whitecaps FC 2 – Bustos was again the fulcrum for the WFC2 attack, and his deft touch set up the equalizer in addition to good distribution throughout the contest.