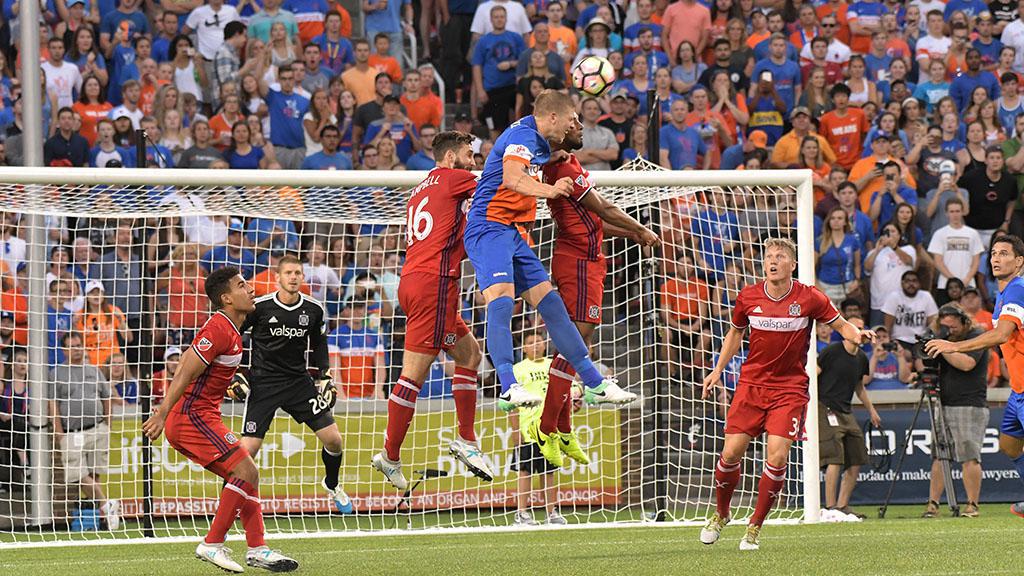 CINCINNATI – The chant of “Mitch Says No!” has reverberated around Nippert Stadium ever since FC Cincinnati first took to the field at the start of the 2016 USL season.

They have never sounded as loud as on Wednesday night, when the 2016 USL Goalkeeper of the Year saved three penalty kicks in a shootout in front of the second-highest attendance in the history of the Lamar Hunt U.S. Open Cup, as 32,287 fans saw FC Cincinnati advance to the Quarterfinals with a 3-1 penalty shootout victory against the four-time Open Cup winner Chicago Fire.

After the game ended scoreless after 120 minutes despite numerous chances and big saves from both Hildebrandt and his Fire counterpart Matt Lampson, Cincinnati took first in the shootout directly in front of the Bailey. Aodhan Quinn shot over with the first effort, but Hildebrandt’s diving save to his left on MLS leading goalscorer Nemanja Nikolic kept the shootout scoreless.

Josu then converted for Cincinnati, and Hildebrandt saved again to deny a shot by Arturo Alvarez that was too close to him on the right. After FCC defender Harrison Delbridge and former German international Bastian Schweinsteiger both converted in the third round, FCC’s Jimmy McLaughlin scored to open the fourth round.

Then Hildebrandt pulled his third save of the shootout to deny Juninho diving to his left, and Cincinnati’s dream night was complete.

The game prior to the shootout had more than lived up to the atmosphere. While the Fire were on top early, FCC managed to weather the storm, a crucial clearance by Matt Bahner in the 15th minute keeping the game scoreless.

FCC began to come into the game more as the half progressed, and then even more so when Head Coach Alan Koch introduced McLaughlin as a second-half substitute. The winger immediately began to give the Fire defense trouble, and he almost opened the scoring with a low shot to the near post that was denied by Lampson.

FCC midfielder Corben Bone, facing his former MLS club, also had a golden opportunity to give his side the lead late in the second half on a perfectly sprung breakaway, only to shoot too close to Lampson as the Fire goalkeeper closed down the angle. 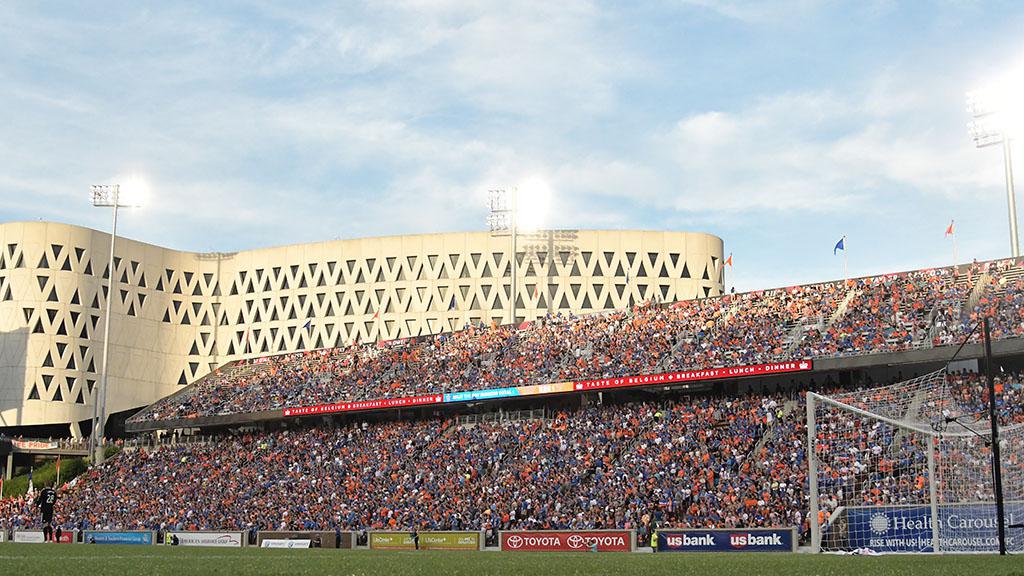 Hildebrandt also had to produce key saves during regulation and overtime as he twice produced outstanding stops to deny Nikolic, and also a fingertip save to keep out Schweinsteiger late in overtime.

Cincinnati matched Chicago’s chances in the second half and overtime, though, and the hosts believed they had taken the lead midway through the second overtime period. A good piece of interplay on the left slipped Andrew Wiedeman into the penalty area for a low finish to the right corner, only for the flag to be raised for offside to the agony of the massive crowd.

McLaughlin also almost grabbed victory at the death for FCC, again testing Lampson with a shot from the left side of the penalty area that almost snuck in at the near post. The hosts kept their calm from the penalty spot, however, and earned a victory for the ages, and a place in the Open Cup Quarterfinals.