With Open Cup showdown ahead, claim important league win before 20,125 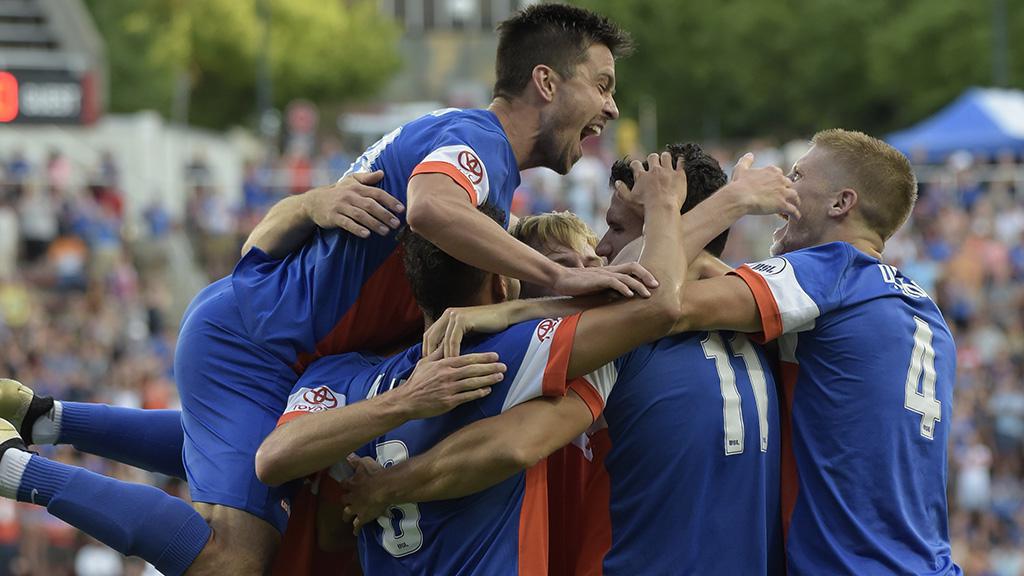 CINCINNATI – Given the building anticipation for Wednesday night’s 2017 Lamar Hunt U.S. Open Cup clash, fueled ever more by Friday’s announcement of the game being broadcast nationally, FC Cincinnati’s attention could have been distracted ahead of what was an essential league game on Saturday night.

In front of a crowd of 20,125 at Nippert Stadium, however, the hosts produced a composed and focused performance that earned a vital three points with a 2-0 victory against Saint Louis FC. As the club neared the midway point of its USL regular season schedule, FCC moved up to sixth in the Eastern Conference to close the week and built momentum ahead of its showdown with Major League Soccer’s Chicago Fire.

“I think it was one of the better overall offensive performances this year,” said FCC Head Coach Alan Koch. “The players were focused on tonight, but tomorrow we’ll have our focus on Wednesday.”

Cincinnati got out to an ideal start as Corben Bone’s chipped through-ball to Andrew Wiedeman put the forward into space behind the Saint Louis defense in just the seventh minute. Saint Louis goalkeeper Adam Grinwis got a piece of Wiedeman’s finish as he came out to narrow the angle, but the ball caromed into the open net off the shin of trailing defender A.J. Cochran, who had been trying to pressure Weideman’s shot.

The angles and passing movements throughout the first half left Cincinnati ascendant, and on another night the hosts might have added to their lead. Playing in a 3-4-3 formation that saw left back Tyler Polak and right back Matt Bahner regularly join the attack, Koch was pleased by the decision-making that he saw.

“We focus every day on technique, but it’s about making good decisions,” said Koch. “It’s tough to make decisions when you have the ball at your feet. This process allows them to get better every week and tonight they were rewarded for these efforts.”

The side also benefited from a strong all-around display from Kenney Walker in the center of midfield. In addition to acting as a bulwark as Saint Louis looked to turn its possession into chances with eight tackles and two interceptions, Walker’s ability to turn defense into attack was also on display. The former LA Galaxy midfielder created three scoring chances, and it was his blocked shot that ended up leading to FCC’s second goal as Jimmy McLaughlin corralled the deflection and slid in a perfect pass for Danni König to finish.

“This is the best this team has played since I’ve been there,” said Walker. “The system the staff has put into place fits best with the players that we have on the team and they’re setting us up for our best performance.” 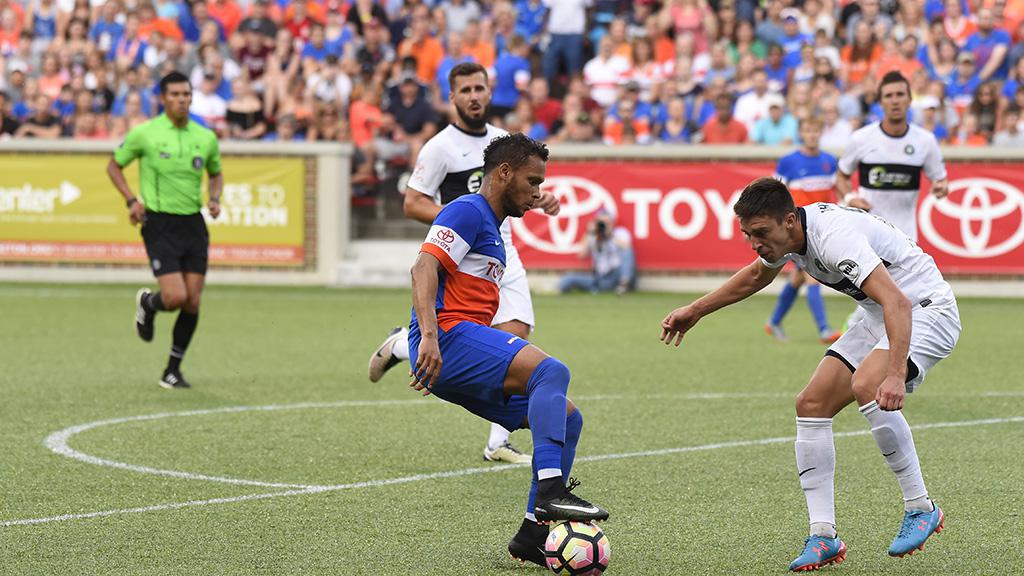 With the four-time Open Cup champion Fire coming to Nippert Stadium fresh off a 4-0 victory against Orlando City SC on Saturday night that moved the side within a point of Toronto FC for first in the MLS Eastern Conference, FCC’s best will be required again if it’s to have a chance to continue its Open Cup run.

With an important job done in the league on Saturday, though, the club is relishing the opportunity that now awaits.

“I’m just excited to play against that caliber of team,” said Walker. “The atmosphere is going to be phenomenal, but you always want to match up with the best players you can. Every position will be tested. We had the opportunity against the Crew, and now we have another top MLS team at Nippert. It allows you to see how you match up with the guy standing across from you.”