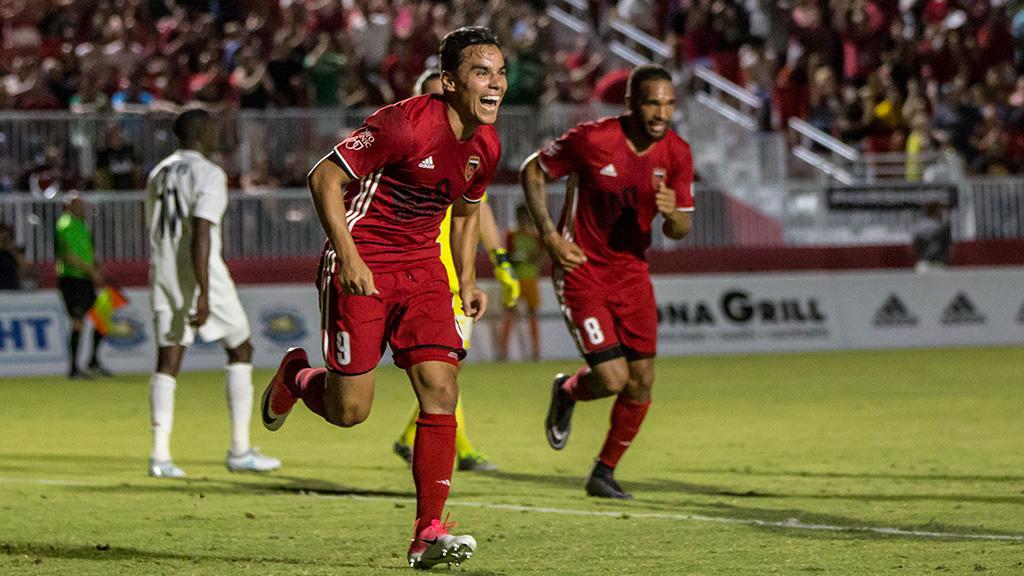 PHOENIX – Omar Bravo’s first league goal for Phoenix Rising FC earned the hosts a 1-1 draw with Real Monarchs SLC on Saturday night in front of 6,365 fans at the Phoenix Rising Soccer Complex, ending the Monarchs’ USL record nine-game winning streak. Rising FC threatened early, but the Monarchs (12-1-1, 37pts) took the lead in the 12th minute as a near-post cross from the left by Demar Phillips was turned home on the volley by Daniel Haber for his third goal of the season. Phoenix (5-5-2, 17pts) carried more of the play in the first half, and Didier Drogba fired an effort on goal from 20 yards in the 23rd minute. The former Ivory Coast international then set up a big chance six minutes before the break as his header from a corner was blocked on the line, and Omar Bravo’s effort went just wide on the rebound. Bravo notched his first goal in league action in the final minute of the half as a great piece of interplay by Drogba and Matt Watson on the right set up a sliding finish for Bravo at the back post. The Monarchs went close just past the hour-mark as Chandler Hoffman sprang out on a counter-attack, but fired wide of the left post. Moments later Sebastian Velasquez fired high as Real opened up another chance, while Andrew Brody also had a shot saved after cutting into the penalty area with 20 minutes to go. Phoenix pressed late for a winner, and substitute Jason Johnson had a flicked finish from a cross on the right that was blocked aside, but the Monarchs held firm on the ensuing corner to assure themselves of a valuable road point.

Omar Bravo, Phoenix Rising FC – Bravo’s first USL goal for Phoenix highlighted a performance where his movement off the ball and connectivity were a major plus for the side.