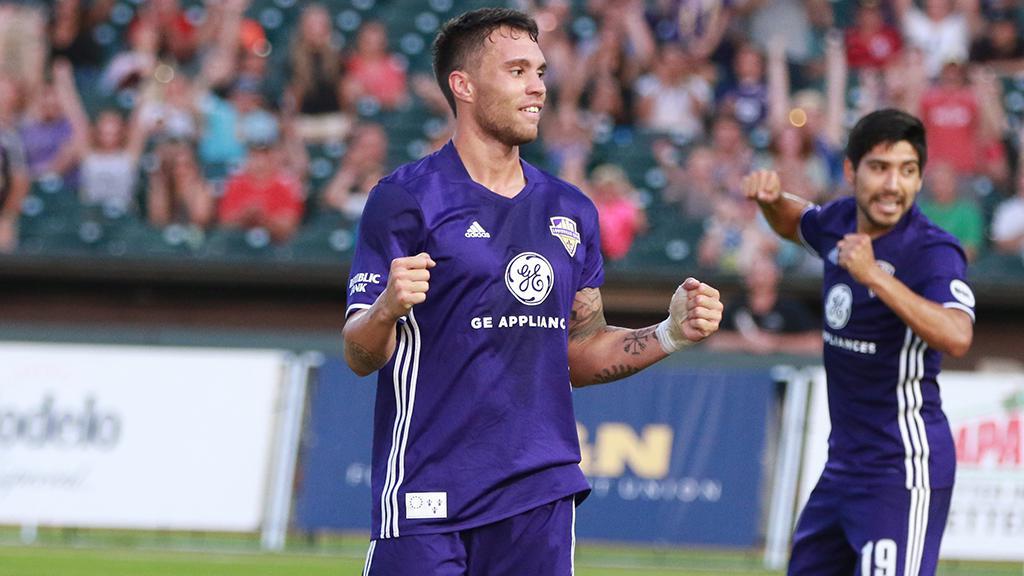 TAMPA, Fla. – Louisville City FC forward Cameron Lancaster has been voted the USL Player of the Week for Week 13 of the 2017 season. Lancaster scored the opening two goals of Louisville’s 3-0 victory against the Pittsburgh Riverhounds in front of a crowd of 8,741 fans at Slugger Field, leading the side to its third consecutive victory as it moved into second place in the USL Eastern Conference. 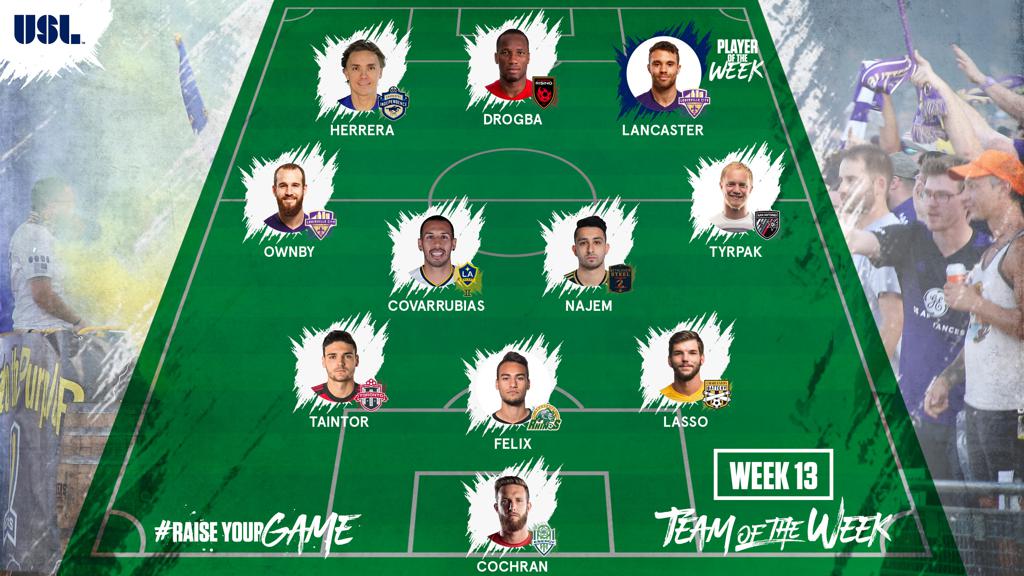 GK – C.J. Cochran, OKC Energy FC: Cochran recorded four saves, all in the first half, to keep Energy FC in the game, allowing OKC to earn a 3-1 comeback win against the Portland Timbers 2.

D – Mitch Taintor, Toronto FC II: Taintor had a strong defensive showing with four interceptions, and also completed 89 percent of his 59 passes in a 1-0 win against Orlando City B.

D – Ryan Felix, Rochester Rhinos: Felix scored the only goal, and was solid defensively with five interceptions, as the Rhinos extended their undefeated run to eight games with a 1-0 win against Ottawa Fury FC.

D – Forrest Lasso, Charleston Battery: Lasso recorded his fifth goal of the season with a deft half-volleyed finish and also had a strong game defensively in Charleston’s 2-2 draw with FC Cincinnati.

M – Brian Ownby, Louisville City FC: Ownby was a menace throughout as he recorded an assist on Cameron Lancaster’s second goal and created four other chances in Louisville’s 3-0 win against the Pittsburgh Riverhounds.

M – Alejandro Covarrubias, LA Galaxy II: Covarrubias provided strong leadership and an attacking threat from the center of the midfield as the Galaxy II earned a 1-0 victory on the road against Rio Grande Valley FC.

F – Jorge Herrera, Charlotte Independence: Herrera notched the opening goal in the Sportsplex at Matthews’ history as he led the Independence to a 2-0 win against the Harrisburg City Islanders.

F – Didier Drogba, Phoenix Rising FC: Drogba notched both goals, including a late equalizer from the penalty spot, as Phoenix earned a 2-2 draw against the Swope Park Rangers at Children’s Mercy Victory Field.

F – Cameron Lancaster, Louisville City FC: Lancaster scored a pair of goals, including an outstanding free kick, as Louisville took a 3-0 victory against the Pittsburgh Riverhounds.