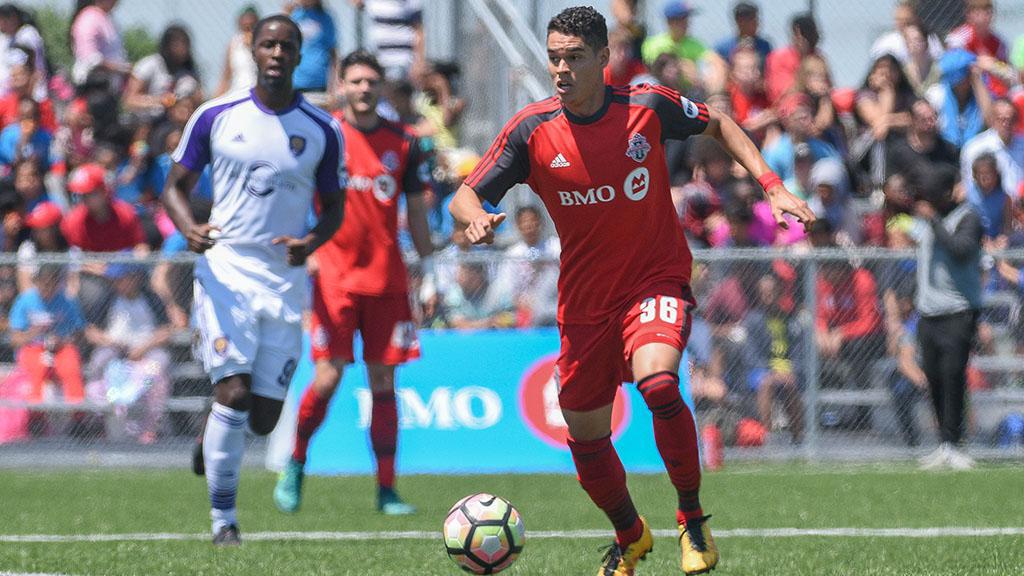 VAUGHAN, Ont. – Jordan Hamilton scored the only goal of the game as Toronto FC II defeated Orlando City B 1-0 at the Ontario Soccer Centre on Wednesday afternoon and snapped a 12-game winless streak. Toronto FC II (2-7-5, 11pts) took the lead in just the ninth minute as a quick move through the midfield saw Tsubasa Endoh find Ryan Telfer on the left wing, and his chipped cross to the back post found Hamilton, who controlled and fired home from just outside the six-yard area. TFC II threatened twice more, only for Sergio Camargo and Telfer to be squeezed out in the penalty area inside the opening 20 minutes, and Liam Fraser hit the left post with a fierce shot from 30 yards later in the half. OCB (4-5-4, 16pts) began the second half far better, and almost equalized as Michael Cox forced a good save by TFC II goalkeeper Angelo Cavalluzzo, and Zach Carroll had the rebound cleared off the line by Brandon Aubrey. Toronto threatened to add to its lead midway through the second half as Endoh’s chance was blocked, while Shaan Hundal had a breakaway chance broken up late. Endoh also forced a great low save at the right post by OCB goalkeeper Jake Fenlason with four minutes to go, but Hamilton’s early goal proved enough to get TFC II back in the win column.

Tsubasa Endoh, Toronto FC II – Endoh was key to TFC II’s victory, recording a 91-percent completion percentage overall, recording three shots on goal, and helping set up the only goal of the game.