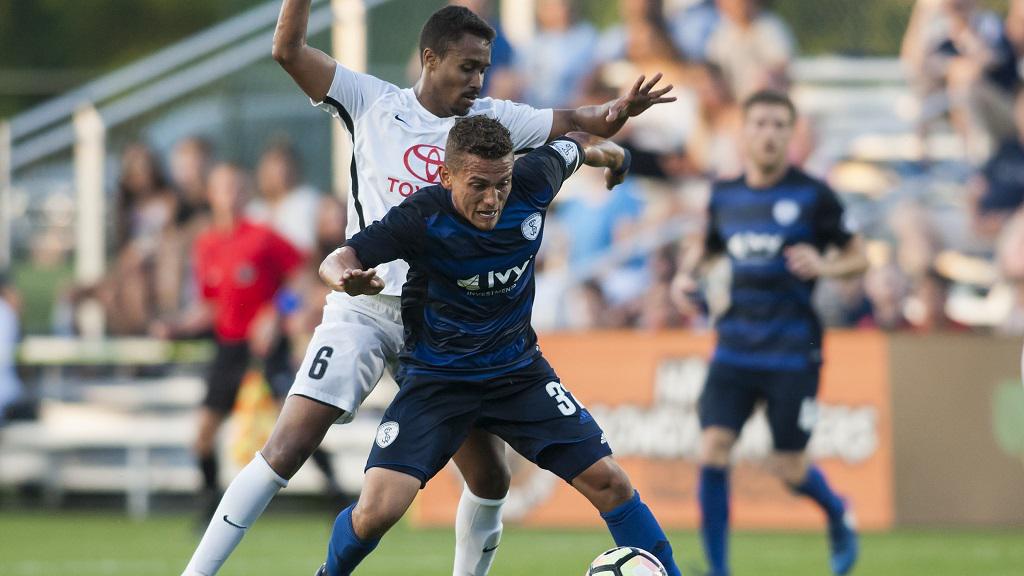 KANSAS CITY, Mo. – San Antonio FC scored early in the second half to defeat the Swope Park Rangers 1-0 on Friday night, in the process extending its undefeated start to 11 games and becoming the first team to defeat the Swope Park Rangers at Children’s Mercy Victory Field since Sept. 3, 2016. The Rangers (4-4-0, 12pts) dominated possession early, and Nansel Selbol forced a save from San Antonio’s Diego Restrepo in the 15th minute with a chipped effort that was tipped over. Moments later Kevin Oliveira was put through on goal, but elected to try and pass instead of shooting, allowing Restrepo to claw it away from Selbol. San Antonio (9-0-2, 29pts) almost punished the hosts immediately as a counter-attack released Billy Forbes down the left, but his low shot went off the near post and behind for a goal kick. SPR’s Kharlton Belmar had a good chance saved from the left side of the penalty area in the 37th minute, but it was San Antonio that took the lead eight minutes into the second half when a counter-attack down the right saw Kris Trypak pick out Mark O’Ojong at the back post for a headed finish and the advantage. Oliveira almost answered a few minutes later as his free kick from 20 yards just went over, and the Cape Verde playmaker also flashed a volley from the top of the penalty area just off target with nine minutes to go, but despite Swope Park’s late pressure, San Antonio emerged with all three points.

Stephen McCarthy, San Antonio FC – McCarthy recorded nine clearances and three interceptions as the SAFC defense held firm under pressure for most of the contest.