Enters with edge on Edmonton for place in Canadian Championship semifinals 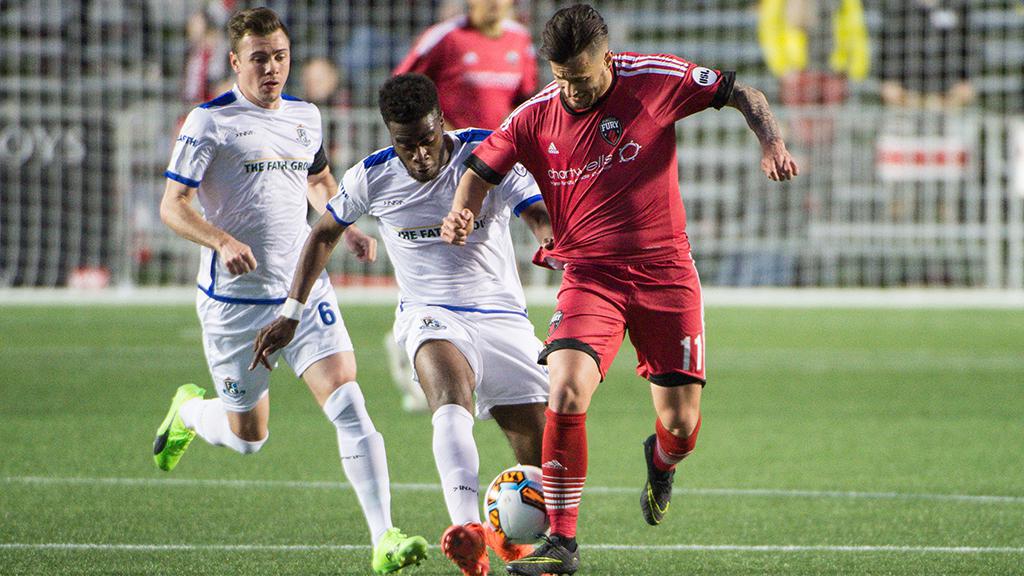 OTTAWA – Ottawa Fury FC returns to the Battle of the North on Wednesday night at Clarke Stadium in Edmonton as it looks to earn a place in the semifinals of the 2017 Canadian Championship and eliminate the Eddies for a second consecutive year.

Fury FC enters the second leg of the Preliminary Round clash with a 1-0 advantage after Ryan Williams’ late winner at TD Place last Wednesday night. Having held Edmonton scoreless in the side’s home leg, an away goal would prove a big boost as Ottawa takes aim at a first meeting with Toronto FC in the next round.

"I think not allowing any away goals and keeping a clean sheet at home was massive,” said Fury FC midfielder Jonathan Barden. “On top of that, we were able to get the winner late on so it means if we can score in Edmonton they then have to score three. So I think it's important that we don't sit back on the lead and soak up too much pressure, instead we want to go out aggressively as we always do, get another goal and put this tie to bed.”

Fury FC has been solid defensively over the past three weeks, recording shutouts in four of its past five games in all competitions. Ottawa played to a 0-0 draw on Saturday against the Tampa Bay Rowdies at TD Place as Ramon Martin Del Campo and Barden both put in strong performance, while goalkeeper Callum Irving recorded a pair of saves for his third league shutout of the season.

After making his Canadian Championship debut in last week’s contest, Irving believes the key to advancing is maintaining the pressure Fury FC was able to apply to Edmonton across the field when they first met.

"I think that the key for the second leg is to keep the intensity and pressure that we had in the first leg,” said Irving. “Obviously, we have the advantage but that can disappear quickly if we're not focused defensively. So we need to be able to start the game clean and then try and impose our game on them and hope that it takes us into the next round.”

As well as his side has been playing defensively of late, though, Fury FC Head Coach Paul Dalglish is looking to go on the road and get a result to close out the series.

“We can't think about what happen in the first leg, we have to go into that game to win it,” said Dalglish. “To maximize the effect of keeping a clean sheet at home you have to score when you go on the road. Obviously, we still have to keep that defensive structure tight, but we really want to focus on the offensive piece now to be more effective, create more chances and score more goals.”