San Antonio overcomes strong test, but has a new No. 2 in the pack 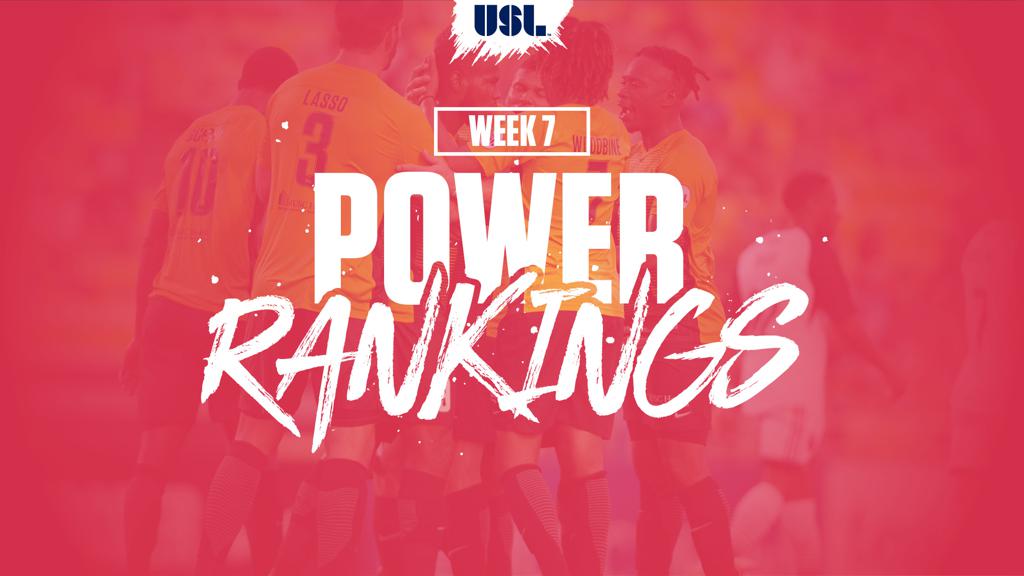 San Antonio FC almost hit a bump in the road on Saturday night against Sacramento Republic FC, but a determined victory has kept the undefeated Western Conference leaders unanimously on top of the USLSoccer.com Power Rankings for another week.

The same can’t be said for SAFC’s undefeated counterparts in the Eastern Conference, Louisville City FC, who despite being on a bye week slid to No. 3 in the rankings this week. The team to displace City? The Eastern Conference-leading Charleston Battery, who continued their four-game (3-0-1) undefeated streak on Saturday night as it edged past Bethlehem Steel FC.

The Battery’s experience and chemistry has been at the heart of its success so far this season, with the side not missing a beat despite the absence of standout striker Romario Williams due to illness. Getting off to a strong start certainly isn’t unfamiliar territory for the Battery, who went 5-0-2 to start the season two years ago, and 7-2-0 when the club last won the championship in 2012. There will be challenges ahead, but the Battery are certainly good value for their current record.

1. San Antonio FC (50pts)
Last Week: W 1-0 vs. Sacramento Republic FC
San Antonio FC got its biggest test since a draw against Colorado Springs Switchbacks FC against Sacramento, but came through with a seventh win out of eight to start the season. Two more home games come next, the first against an improving Seattle Sounders FC 2, the second against the star-studded Phoenix Rising FC. Will the undefeated run reach double digits?

RELATED: Restrepo Steps up For SAFC 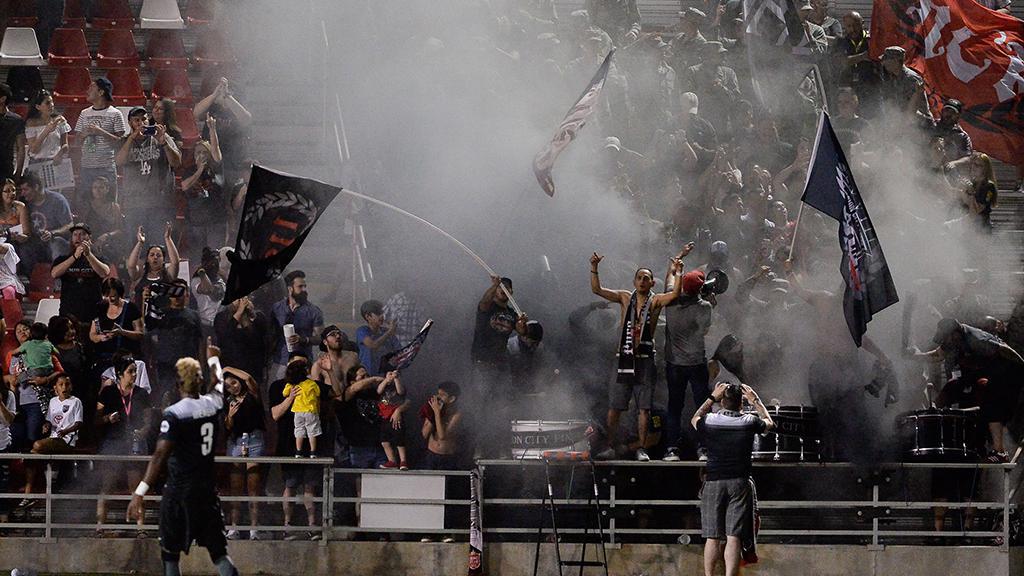 2. Charleston Battery (42pts)
Last Week: W 1-0 vs. Bethlehem Steel FC
After needing to rally to earn a point a week ago, the Battery got their noses in front early and didn’t let go of the lead against a solid Steel FC squad. After scoring only one goal in the regular season a year ago, Ataullah Guerra has already notched three this season, becoming a secondary scoring threat that can – in addition to the side’s proficiency from set pieces – help the Battery go a long way this year.

3. Louisville City FC (40pts)
Last Week: Bye
Louisville had a week off, and got to take in plenty of the Kentucky Derby weekend’s festivities, which likely left them Always Dreaming of a championship of their own this season.

4. Real Monarchs SLC (33pts)
Last Week: Bye
The Monarchs also had the week off, but are busy in the upcoming week with a visit to the LA Galaxy II on Wednesday night followed by a major test this Saturday when they play host to a Sacramento Republic FC side that is looking to break a five-game scoreless streak.

5. Tampa Bay Rowdies (27pts)
Last Week: D 0-0 at Ottawa Fury FC
The Rowdies picked up a point against Fury FC, and maybe would have taken all three if their early goal had stood. Back on home turf this Saturday night, Tampa Bay will want to take some revenge against Louisville City FC from the first meeting between the clubs this season, and cement its position in the Eastern Conference standings ahead of Head Coach James O’Connor’s squad.

6. Swope Park Rangers (24pts)
Last Week: W 3-1 vs. Vancouver Whitecaps FC 2
The Rangers extended their winning streak at Children’s Mercy Victory Field to eight games dating back to last season with a beautiful first-half performance that highlighted the best the side had to offer in attack. Swope Park has continued to play some of the most attractive soccer in the USL this season, and when it’s clicking in the final third in the manner it did against Vancouver, it can be very difficult to contain. Saturday’s game with Rio Grande Valley FC at H-E-B Park should be a treat. 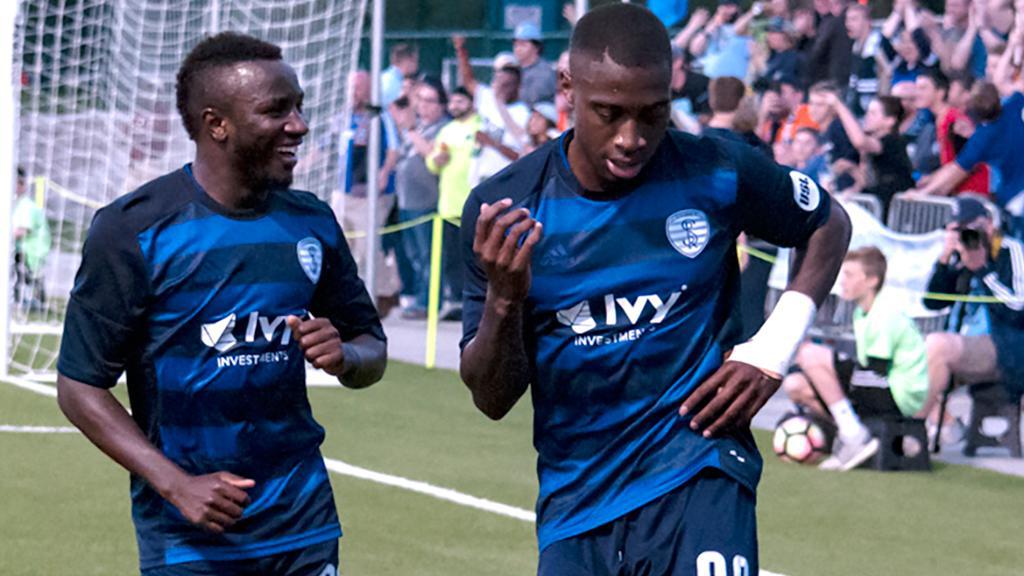 7. New York Red Bulls II (21pts)
Last Week: W 3-1 vs. Harrisburg City Islanders
New York stands pat in the seventh slot this week, but gets a sizeable boost to its points after a solid victory against one of the two sides to defeat it this season. Brandon Allen’s two goals came via the penalty spot, but he now has 25 goals over the past two seasons including the playoffs. If he starts to hit form in open play, the Red Bulls II are going to be even more dangerous.

8. Pittsburgh Riverhounds (12pts)
Last Week: W 1-0 vs. Toronto FC II
Pittsburgh arrives in the Top 10 with a bullet, namely that fired by Victor Souto that earned the Riverhounds victory against Toronto FC II last Wednesday night and a place in the ESPN SportsCenter Top 10. Pittsburgh hasn’t been a one-hit wonder recently, though, having taken two consecutive victories. It visits a tough Ottawa Fury FC side on Saturday afternoon looking to continue its rise.

9. Orange County SC (9pts)
Last Week: W 4-0 vs. LA Galaxy II
Orange County made an emphatic statement in its first game at Orange County Great Park with a 4-0 victory against the LA Galaxy II. After being under the thumb of its I-405 Derby rival for a while, the tide seems to have really turned in Orange County’s favor, and with games in hand on all of the teams sitting above it in the Western Conference standings, there’s a chance the club could make a run, starting with Saturday’s visit to Tulsa. 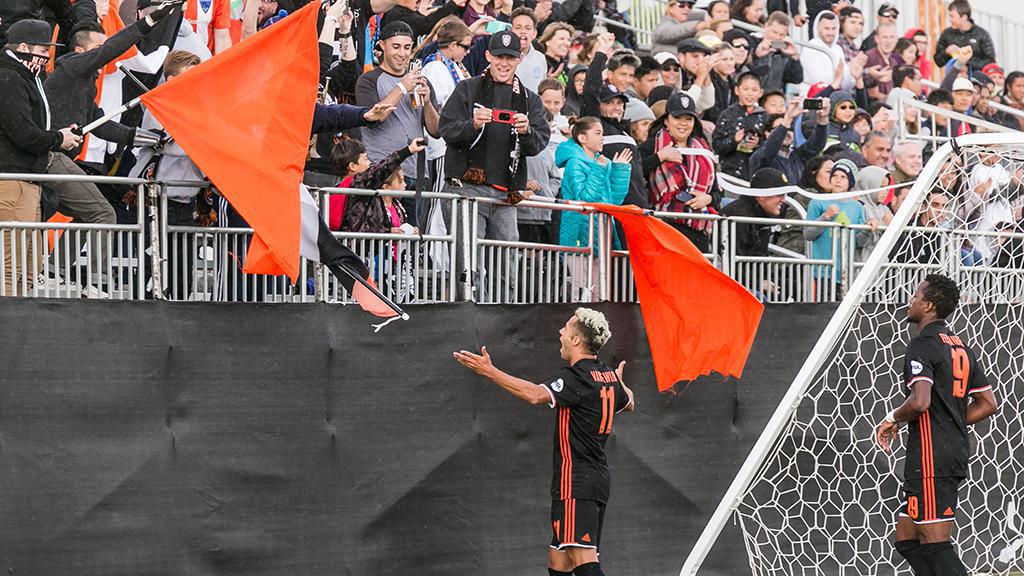 10. Saint Louis FC (6pts)
Last Week: Postponed vs. Rochester Rhinos
Saint Louis FC saw its return home to Toyota Stadium delayed as flood waters forced the Rochester Rhinos to wait yet another day to make their first visit since 2015. Back-to-back games next with Charleston and Tampa Bay will give us an idea of what the time off provided the team.