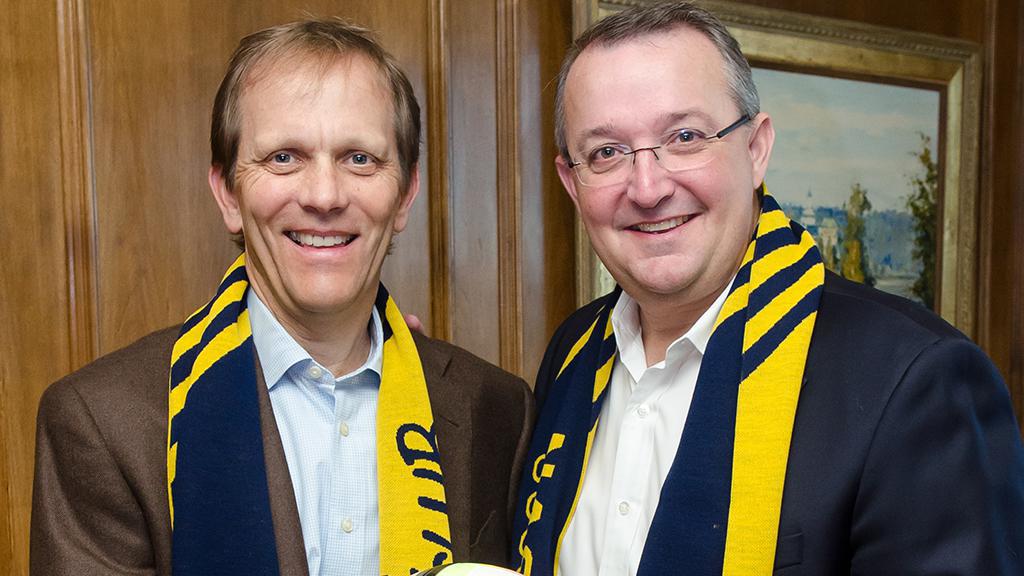 NASHVILLE, Tenn. – Nashville Soccer Holdings LLC and businessman John R. Ingram announced on Thursday it had acquired a majority interest in DMD Soccer, owner of 2018 USL expansion franchise Nashville Soccer Club. Nashville SC will debut in the USL in the 2018 season, delivering professional soccer to Music City and its passionate soccer fan base.

“The mission of DMD Soccer are now jointly committed to elevate and expand professional soccer in Music City,” Ingram said in a statement. “We plan to give Nashville SC fans an exceptional soccer experience, starting with this season’s debut of the organization’s PDL team, which will lead to a successful debut in the USL as we continue to grow the game in Nashville at every level.”

Nashville SC was awarded a USL franchise in July 2016 to the DMD Soccer group led by local businessman David M. Dill and entrepreneurs Marcus Whitney and Chris Redhage. The organization has built a strong base for its inaugural USL season, hiring former MLS executive Court Jeske as the club’s CEO and MLS Cup-winner Gary Smith as its first Head Coach. The club has also partnered with global apparel firm Under Armour and car manufacturer Nissan.

Ingram’s acquisition of a majority share in the club is set to push the club to even greater heights as he joins a growing number of major businessmen and experienced sports executives within the USL, including Phoenix Rising FC's Berke Bakay, FC Cincinnati's Carl Lindner III, Sacramento Republic FC's Warren Smith and OKC Energy FC's Bob Funk, Jr.

“John Ingram has a long history supporting sports in Nashville,” said Dill. “He will be a driving force in Nashville SC’s ownership group as we move our vision forward, which is to provide professional soccer to the region’s passionate fans. Nashville SC has grown from the grassroots, and now John’s commitment speaks volumes about the future of soccer in Nashville and helps Nashville SC grow while unifying soccer interests in our city.”

Nashville SC has also acquired a club in the Premier Development League, Nashville SC U23, which will kick off its inaugural season on May 13 when it hosts Peachtree City MOBA at Vanderbilt Stadium.