Rangers on Brink of Record Stature 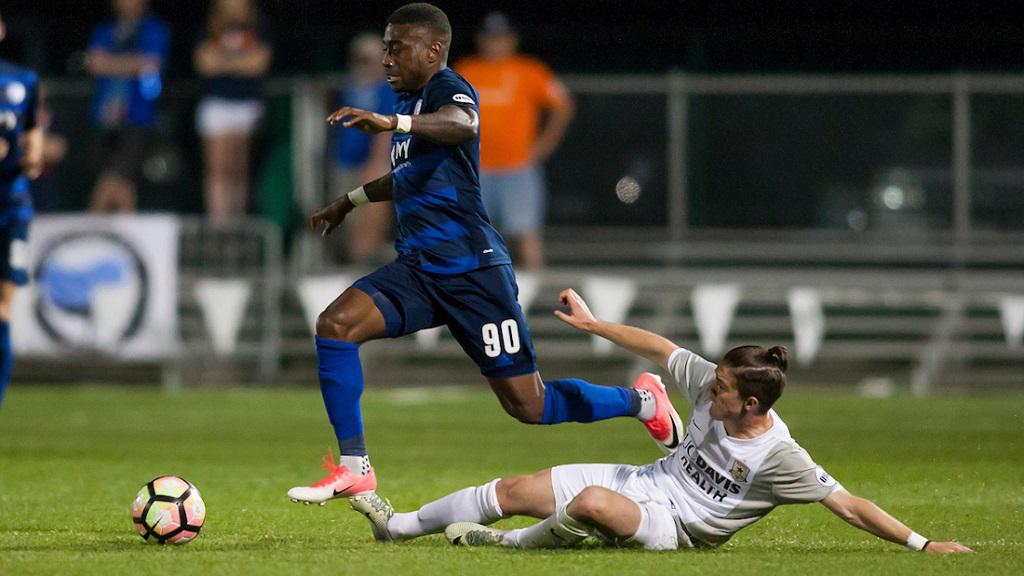 The Swope Park Rangers are the last remaining team to post a perfect record this season following their 1-0 victory against Sacramento Republic FC on Saturday at Children’s Mercy Victory Field.

Mark Anthony Gonzalez’s 70th-minute tally led Swope Park to a strong 1-0 win against a Republic FC side that won the regular-season title in the Western Conference last year.

The Rangers, coming off a run to reach the 2016 USL Cup Final, are also in the midst of one of the best regular-season stretches in league history. With Saturday’s win, combined with the final four regular-season matches in 2016, they now have a seven-game winning streak.

The Rangers are on the brink of history with some significant depth to their roster.

“We have more options and the guys are getting better at understanding each other and how we play,” Swope Park Head Coach Nikola Popovic said. “That’s the most important part.”

Gonzalez, who led Swope Park with nine goals a season ago, notched his first of the 2017 campaign and he notes the style of attack has improved in the early going this year.

The scary part for Western Conference opposition is the Rangers’ depth is only improving. Midfielder Kevin Oliveira, who suffered a season-ending ACL injury last year, saw the pitch for 45 minutes Saturday. With four assists and three goals in only 13 appearances in 2016, fans caught only a glimpse of what he could bring to the table.

“Kevin did very well in his 45 minutes,” Popovic said. “He showed that he will get better and better. It’s normal after so many months out that it will take a little bit of time for him.”

“It’s been a long time since I last played,” Oliveira said. “The team has been doing a good job. It’s been almost nine months and I’ve been doing hard work with the trainers. It felt good to be back.”

This sets the table for a difficult road match next Sunday at Phoenix Rising FC as the Rangers attempt to match the USL winning streak record.

“We were able to make good decisions, and of course when you score a goal the game gets easier and easier,” Popovic said. “I think it was a very good win to continue the win streak of three games in a row now that we’ve won.”