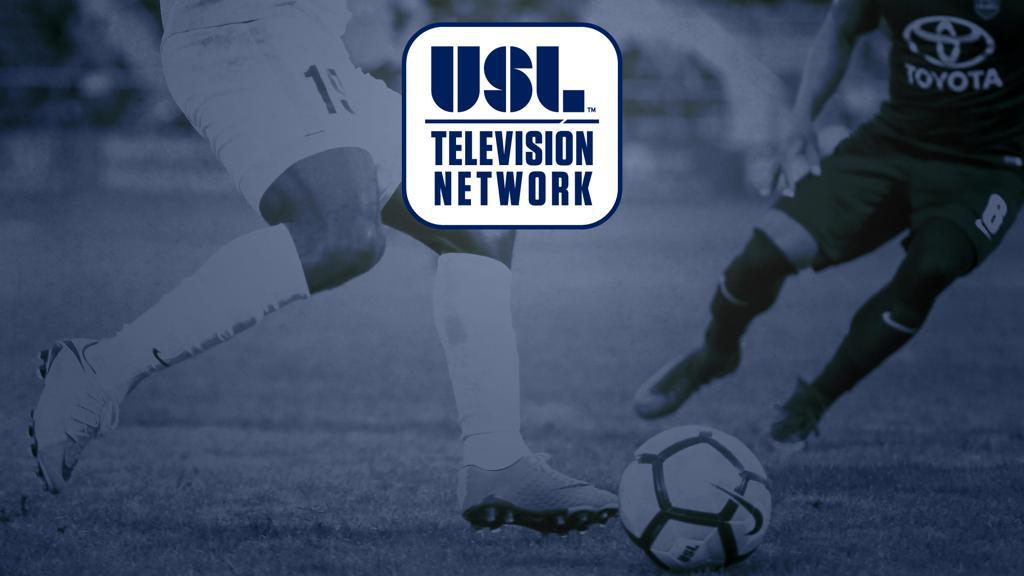 The USL Television Network will reach more than 10 million households, transmitting more than 300 games during the 2017 USL season. Network affiliates will broadcast regular-season games for local USL teams with Spanish-language broadcasts available, and have the opportunity to receive exclusive content, including select nationally-syndicated games, short-form USL features and weekly programming. The complete list of USL Television Network affiliates can be found at www.uslsoccer.com.

“Our turnkey capabilities with USL Productions are expansive and establishing USL Television Network provides tailored local programming to more than half our markets across the country,” said Tom Veit, USL Executive VP and Chief Revenue Officer. “This is another milestone in USL’s strategy of reaching supporters across multiple platforms including local bilingual broadcast television syndications, national linear broadcast and an expansive digital and social media presence.” 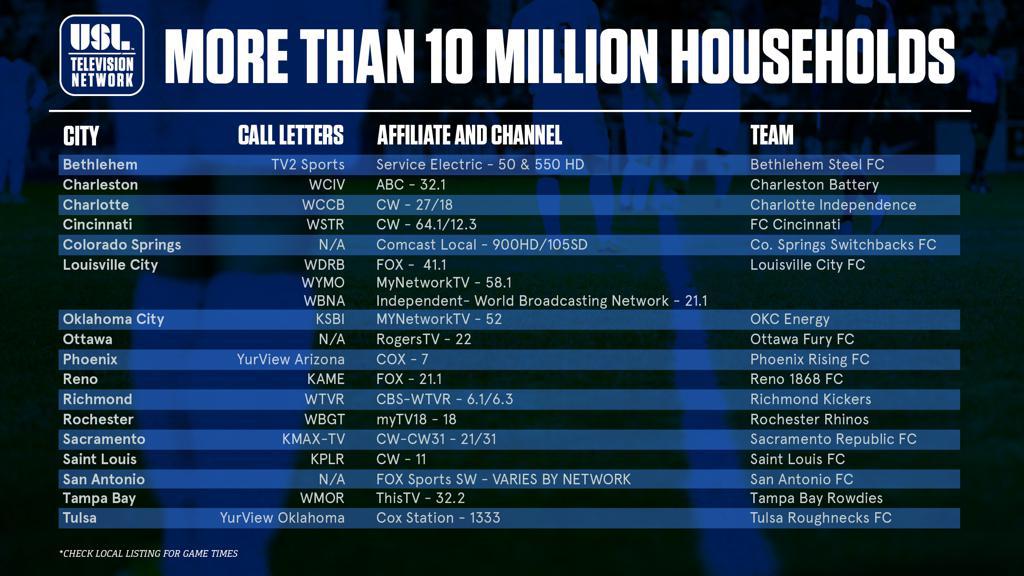 All the games will be produced by USL Productions, the league’s $10 million investment, and managed through the state-of-the-art USL Broadcast Center in association with VISTA Worldlink in Fort Lauderdale, Florida.

Watts, returning for his second full season as the voice of the USL, has announced for the past two USL Cup Finals. He also covers U.S. Women’s National Team games for ESPN, CONCACAF Champions League and Major League Soccer coverage on the YES Network.

“It’s been an exciting journey to witness USL’s impressive growth first-hand over the past two seasons,” said Watts. “As one of the top second division professional soccer leagues in the world, the 2017 promises to be a further cut above thanks to the integration of USL Productions and its robust infrastructure.”

Conklin joins the USL having worked previously for the SEC Network, ESPN3 and FOX Sports South. A former player at Virginia Tech, Conklin was a regular contributor on SEC and ACC soccer broadcasts last fall leading up to the NCAA College Cup. A native of Midlothian, Va., she played in the Richmond Kickers’ Youth Academy before her college career, providing a unique insight into the USL’s storied history.

“With the excitement of the USL’s most historic season underway, I’m looking forward to joining the broadcast team on ESPN to tell amazing stories about USL teams, players, coaches and fans from across the country,” said Conklin.