2017 marketing initiative to drive awareness, engagement and excitement all season 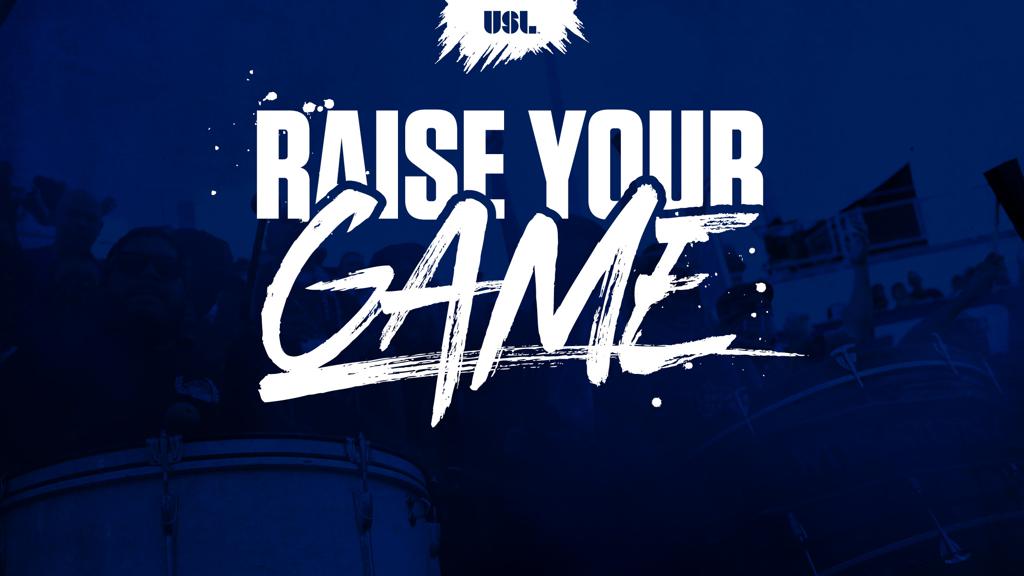 TAMPA, Fla. - The United Soccer League, the largest Division II league in the world, today unveiled a robust marketing campaign for the 2017 season, setting the stage and inviting fans, partners, players and teams to "Raise Your Game."

The campaign will run throughout the league's seventh season, and include additional themes that will spotlight both the heightened level of competition on the field and the significant growth of the USL itself as it continues to drive toward its goal of becoming one of the most respected and recognized Division II leagues in the world.

"Fans proudly raise their flags and voice in support of their club, and raise a glass to toast their success," said USL President Jake Edwards. "Players and clubs raise their level to perform their best, each and every week - on the pitch and off. As the season wears on, the beautiful game raises everyone's pulses and hopes that their team will raise the USL Cup.

"The 2017 season will be our most competitive yet, with major local rivalries and exceptional on-field talent. We expect to see many records fall. So if you want to be there, in the hunt for the USL Cup in November? You better 'Raise Your Game.'"

The campaign captures the rising reputation of the USL in the North American soccer landscape, which saw the league's attendance grow by 33 percent in the 2016 season, and the USL receive Division II status by the U.S. Soccer Federation this offseason. The USL has added three new clubs for the 2017 season, with Ottawa Fury FC, Reno 1868 FC and the Tampa Bay Rowdies all set to bring excitement to fans in their respective markets throughout the upcoming year.

The USL's soccer-specific stadium initiative will also see the addition of new venues this season, led by Rio Grande Valley FC, with H-E-B Park set to debut next Wednesday night, and Phoenix Rising FC, which will welcome fans to the Phoenix Rising Soccer Complex next Saturday for its home opener. Orange County SC will also debut at Orange County Great Park this year, while the Charlotte Independence will make the newly-opened Sportsplex at Matthews their home during the 2017 season.

The introduction of USL Productions, the league's $10 million investment in state-of-the-art broadcast production, broadcast and distribution facilities with VISTA Worldlink in south Florida, will also bring fans closer to the action than ever before. All 2017 USL matches will also be available for viewing via the USL Match Center, supported by up-to-the-minute match statistics provided by industry leader Opta.

As the league rises in prominence, the USL is eager for fans to raise their voices, and their banners, as the biggest season in USL history prepares to kick off.

"The passion that fans across the country have shown for their clubs in the build-up to the new season has been remarkable," said USL EVP and Chief Revenue Officer Tom Veit. "Their support, and the commitment of the league's outstanding ownership, has brought us to this point, and we are looking forward to raising our game to deliver the most memorable season in USL history in 2017."