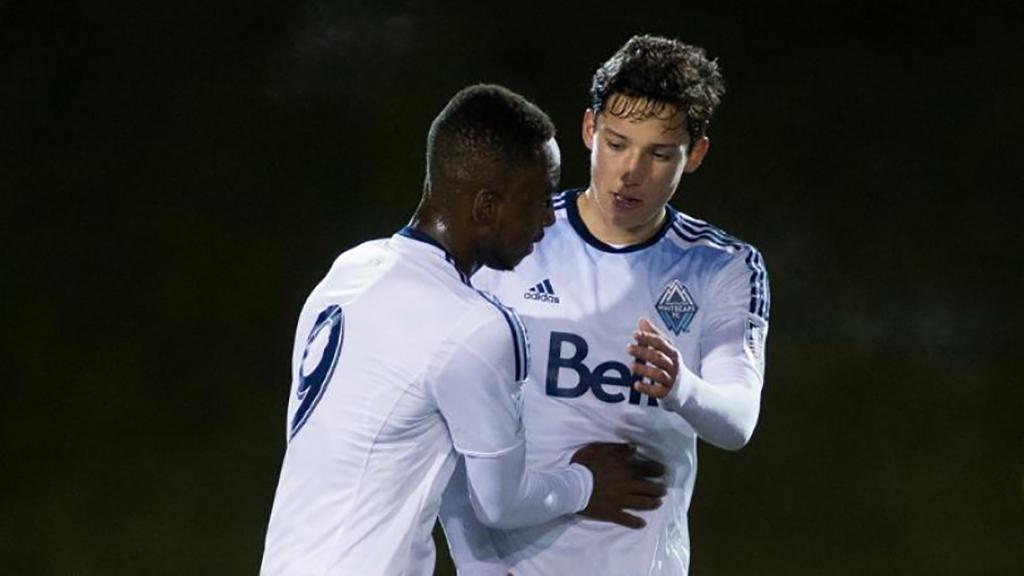 BURNABY, B.C. – Vancouver Whitecaps FC 2 earned their second consecutive win of the preseason with a 4-2 victory against Simon Fraser University on Friday night in preparation for the 2017 USL season.

Much like the side’s clash with the University of British Columbia the week prior, SFU came in ready to battle and provided a stiff test for the young ‘Caps. Vancouver’s Will Seymore nearly opened the scoring on seven minutes, smashing a first-time volley off the post after a brilliant bit of build-up play from his teammates.

Things then got interesting on the 25-minute mark. SFU sprung into attack and fired a long shot on goal that was saved by WFC2 goalkeeper Sean Melvin, and again on the rebound but not before the ‘Caps were called for a penalty kick. Residency graduate Kyle Jones stepped up to take it for SFU, but was denied by Melvin on a diving save to his left.

Back the other way, WFC2 earned a penalty kick of its own four minutes later. After a scramble in the box, Sem de Wit had body position and was dragged back to earn the spot kick. Striker Thomas Sanner cooly finished into the bottom corner to make it 1-0.

But that lead would not last long. Barely two minutes later, SFU worked the ball into the penalty area before the ball was struck well into the far side of the net to level the score at 1-1 through Mamadi Camara.

The second half saw a number of substitutions as the score remained level until the 70th minute. Former Residency teammates David Norman Jr. and Gloire Amanda connected, with Norman hitting a corner kick to the head of Amanda to nod home to make it 2-1.

Eight minutes later it was 3-1, this time trialist Ryan Dhillon with the one-time finish on a cross from Andy Thoma. The goal was Dhillon’s second in as many preseason contests for WFC2.

SFU pulled one back with four minutes to go from another Whitecaps FC Residency alum in Riley Pang, before WFC2 trialist Connor MacMillan rounded out the scoring in the 89th minute. Norman darted forward quickly on the counter-attack and fed MacMillan on the left wing, who connected on a well-placed low strike.

“It was good, it served its purpose again for fitness and some of the things that we’ve tried to implement during the week,” WFC2 Head Coach Rich Fagan told whitecapsfc2.com after the match. “I saw a lot of bright moments, and I saw some things that we need to work on for sure, but overall it was good.”

WFC2 wraps up its preseason schedule this coming Wednesday, March 15 when they take on FVSL All-Stars at Port Moody Town Centre. Kickoff is at 7 p.m. PT.