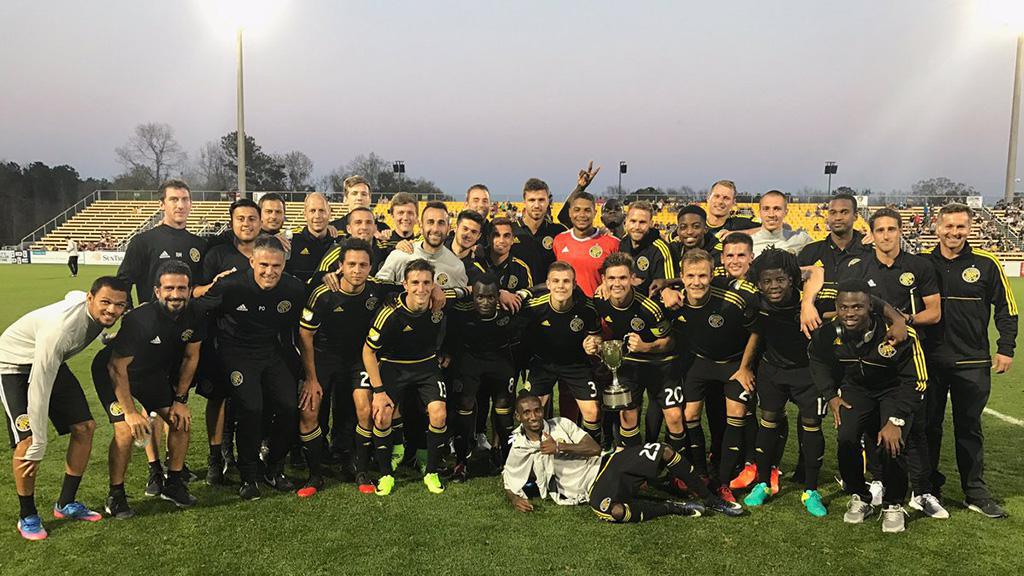 Columbus had the better of the opening half, but despite forcing nine corner kicks was unable to find a breakthrough. Federico Higuain had a shot denied by Sounders goalkeeper Stefan Frei in the 23rd minute, while Jukka Raitala had a shot parried away for Crew SC as the game reached halftime scoreless.

The game became more even after the hour-mark, and Seattle almost took the lead when a half-volley by Clint Dempsey was denied by Crew SC goalkeeper Zack Steffen with a spectacular save.

Columbus grabbed the lead with eight minutes to go, however, as a turnover in Seattle’s half allowed Wil Trapp to play Hansen in through the Sounders’ back line, and Hansen calmly converted the 1-v-1 opportunity for the only goal of the game.

The victory moves Columbus clear of both the Charleston Battery and Atlanta United FC – who met in the night’s second contest – with a 2-0-1 record for the week, the same record the side posted when it claimed the inaugural championship in 2004. 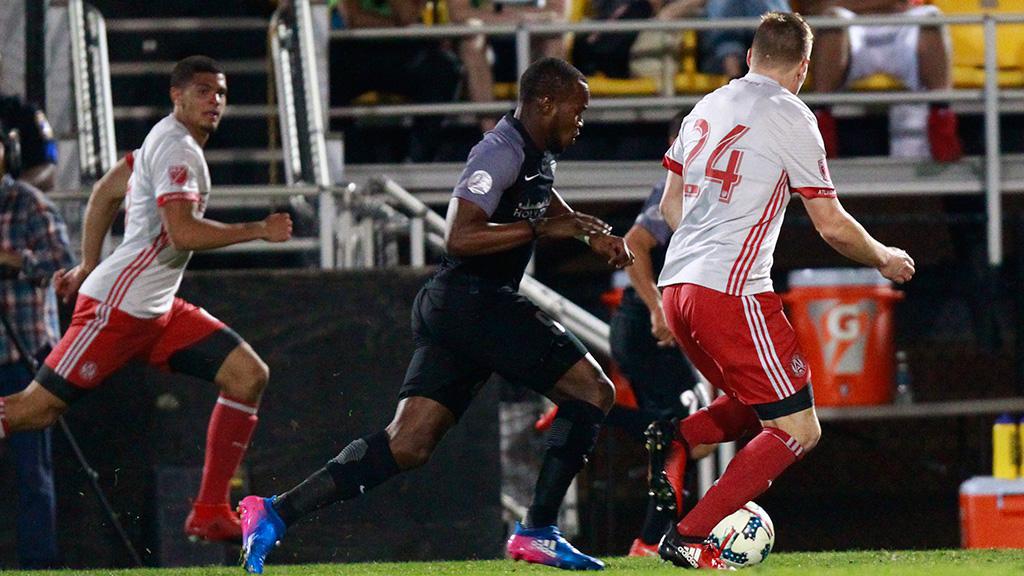 CHARLESTON, S.C. – A 90th-minute goal by Hector Villalba gave Atlanta United FC a 2-1 victory against hosts the Charleston Battery in the final game of the 2017 Carolina Challenge Cup on Saturday night at MUSC Health Stadium. Charleston’s Romario Williams had scored just before halftime to pull the Battery level, but Villalba late tally saw the MLS side come out on top against its USL partner in the first meeting between the team.

Atlanta came out on the front foot, and the early high pressure paid off almost instantly. Yamil Asad opened the scoring in the fourth minute, nodding home a Mikey Ambrose cross from the left flank.

Charleston responded well to the visitors’ quick start and settled into the match following the goal. Williams – who led the Battery a season with 10 goals – just missed pulling the Battery level in the 15th minute when a rebound fell to him inside the penalty area. The Jamaican center forward knocked a half volley towards the goal, but pulled in just wide.

Williams looked dangerous through his entire 65-minute spell and got himself on the scoresheet in the 45th minute. After receiving a pass from O’Brian Woodbine, Williams turned and drove at Atlanta’s back four. Williams shrugged off a few challenges and smashed a low shot into the bottom corner of Kyle Reynish’s goal.

Charleston carried its momentum from Williams’ late goal to the second half. The Battery possessed the ball in Atlanta’s attacking third for much of the opening portion of the second 45 minutes, creating a flurry of chances. Williams just missed a second goal on the night in the 56th minute, knocking a Woodbine cross just over the crossbar.

Atlanta United Head Coach Tata Martino brought on two of his club’s Designated Players in the closing minutes of the match, and both Villalba and Miguel Almiron proved instrumental in Atlanta’s game-winning goal in stoppage time. Villalba corraled a cross from Andrew Wheeler and slotted the ball past Battery goalkeeper Devin Perales.

“I think that they got what they needed and we got what we needed,” said Charleston Battery Head Coach Mike Anhaeuser. “These matches are about preparation for the season and tonight was a great test for us.”