Honors End Even between Cincinnati, Ottawa 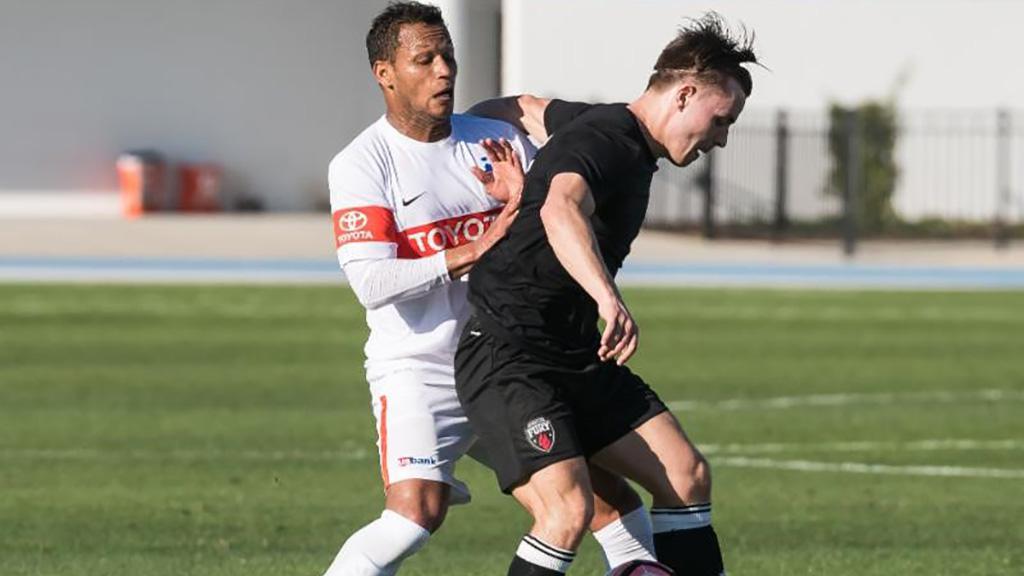 BRADENTON, Fla. – Ottawa Fury FC and FC Cincinnati played to a 1-1 draw in a preseason exhibition on Saturday evening at IMG Academy as Carl Haworth’s second-half equalizer for Fury FC cancelled out a late first-half goal by FCC’s Djiby Fall.

Cincinnati had the better of the game in the first half, and had its first chance at goal in the ninth minute when Tyler Polak sent a cross into the penalty area off a set piece that found Kenney Walker, whose shot tested Fury FC goalkeeper Andrew McRae. FCC followed with a second shot off the rebound but the effort sailed high.

Ottawa’s first good chance came in the 20th minute when Tucker Hume got on the end of a cross from Ryan Williams, but his header went wide. FCC continued to pressure the ball, and in the 32nd minute a turnover in Ottawa’s half almost created an opening, but Fury FC’s defense collapsed and snuffed out the chance for a shot.

Cincinnati took the lead in the final minute of the half, however, as Fall notched his second goal of the preseason. After Andy Craven forced a turnover in Ottawa’s defensive third to earn a free kick, Fall capitalized on Polak’s delivery to make it 1-0.

Ottawa sharpened its performance to start the second half, and got back on level terms in the 68th minute when Canadian international Carl Haworth gained possession 25 yards from goal and sent a curling shot past FCC goalkeeper Mitch Hildebrandt into the top-right corner of the net.

"We didn't start the greatest, we were a bit slow but we showed character,” said Haworth. “We had a good halftime talk and together we got back to our core principals. We showed that everyone is willing to work hard for each other, for themselves, for the team and it shows good character all around.”

Cincinnati twice almost retook the lead, but both Kadeem Dacres and Austin Berry were denied by Fury FC goalkeeper Callum Irving, who came on as a substitute for the final half-hour. The game ended level, however, as both teams continued preparations for the USL regular season which is now four weeks away.

“I was very pleased with our defensive effort in the first half today,” said FCC Head Coach Alan Koch. “We saw major growth in that area this week. We look dangerous going forward and have the players to score consistently. We have another big preparation week ahead of us and will continue to move in the right direction.”