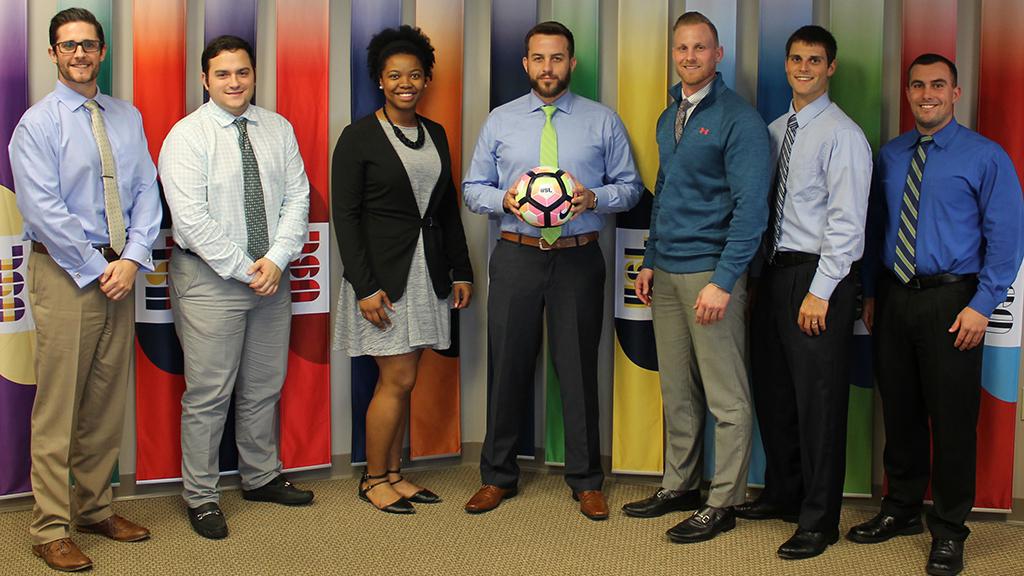 TAMPA, Fla. – The United Soccer League (USL), the world’s largest second division professional soccer league and longest standing member of the U.S. Soccer Federation, today announced the expansion and strengthening of its league office through various appointments and new hires. These additions increase the league office to more than 50 full-time employees who oversee 17 departments in support of the league’s 30 teams throughout the United States and Canada.

Furthering its commitment for ongoing player development and enhancing the standard of competition, the USL created a Compliance Department that will work in concert with the league’s Operations and Competition & Technical Development departments starting with the 2017 season. The league also announced the hiring of key personnel in the Social Media, USL Productions and Corporate Strategy departments.

“With the league’s continued expansion, and the U.S. Soccer Federation’s designation of Division II status, we believe these appointments further position the USL and its clubs to flourish this season and beyond,” said USL President Jake Edwards. “The league will continue to drive forward in 2017, providing our teams with an unprecedented level of support to maintain the USL’s standard of excellence on and off the field.”

Gordon Bengtson has been promoted to the position of VP of Competition & Technical Development, continuing his work to innovate and aggressively pursue methods dedicated to the ongoing improvement of the quality of play and overall standard of competition in the USL. The department will also provide opportunities for improvement focused in the key areas including Coaching Education, Performance Analytics, and Statistical Analysis, while also supporting and supplementing various USL club technical initiatives.

Adam Martin has been named Senior Director, Compliance & Associate Counsel, and will lead the USL’s new Compliance Department, which will monitor, investigate, and report on topics that affect the integrity, governance, rules and regulations established by the USL and U.S. Soccer Federation. Further, USL Compliance will provide assistance regarding the interpretation of any documents and legal issues pertaining to the same, with the goal of providing guidance and recommendations to member teams and their players.

Brett Luy has been elevated to the role of VP of League Operations, and will be joined in that department by Dan Lohrs, who has been promoted to Director of League Operations. Luy and Lohrs will oversee all areas of league operations and the USL operations staff, in addition to working directly with the U.S. Soccer Federation and the Lamar Hunt U.S. Open Cup Committee in regards to the league’s participation in the competition. Luy will also oversee the Off-Field Competition Subcommittee comprised of seven USL club Presidents and General Managers, who work together to establish league initiatives for future execution.

The USL also announced the addition of three new staff members, as Kevin Pikus joins the league office as Director of Corporate Strategy, Mackenzie Rector as Broadcast Coordinator, and Matteo Trevisani as a Social Media Coordinator.

Pikus joins the USL from the IMG Academy, where he managed the campus capital expansion of more than $100 million that included construction of the Performance and Sport Science Complex, among other major projects. He brings a wealth of expertise to the league, where he will be focused on the development of strategic initiatives for all current and future USL properties, providing financial analysis and modeling to investments aimed at driving the league’s ongoing growth. Pikus will report directly to USL Chief Operating Officer Justin Papadakis.

Rector, who brings prior broadcast experience from the Tampa Bay Buccaneers and Outback Bowl, joins USL Productions reporting to Chief Revenue Officer and USL Productions lead Tom Veit. Formed with a $10 million investment and set to launch with the 2017 season, USL Productions is the league’s content creation and distribution arm, featuring a state-of-the-art facility that will produce and distribute nearly 500 league matches and more than 1,000 hours of original content to national partners, local affiliates, USL’s Match Center and international markets.