Hume Reunited With Dalglish in Ottawa 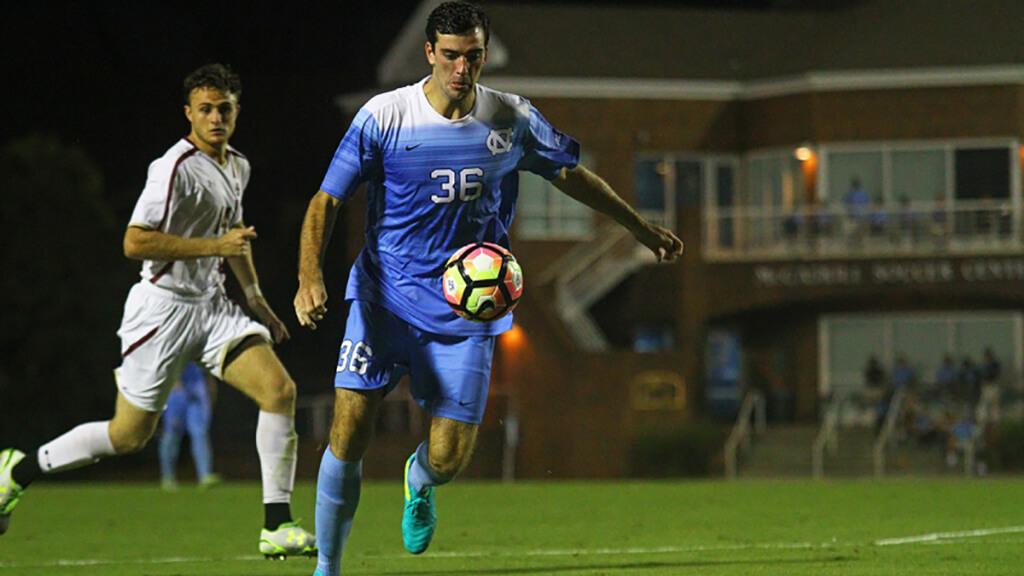 OTTAWA – Ottawa Fury FC announced on Wednesday the signing of 6-foot-5 forward Tucker Hume, pending league and federation approval. The signing reunites Hume with Fury FC Head Coach and GM Paul Dalglish, with whom he claimed the 2013 PDL Championship with the Austin Aztex.

Hume spent the past two seasons playing for the University of North Carolina, where he recorded 18 goals and nine assists in more than 40 appearances. He joins Fury FC to begin his professional career.

"I've worked with Tucker before and he scored huge goals for me when I was in the PDL with Austin," said Dalglish. "He did the same throughout his college career, he always came up big in key moments. He's a big target striker with a good habit of scoring goals at a key time and he has the type of character we want in our squad."

During his collegiate career, Hume featured in 77 games split between Rollins College (2013-14) and UNC (2015-16). He scored a combined 32 goals, including nine game-winners, and added 17 assists. In 2016, Hume led his team in points with seven goals and four assists, helping the Tar Heels reach the NCAA College Cup.

In 2015, the towering striker tallied 11 goals and five assists with UNC, once again leading the team in points with 27.  He helped the Tar Heels punch their ticket to the NCAA tournament, where they reached the third round.

Before joining North Carolina, Hume had success with Division II Rollins College in Florida, where he started 31 games over two seasons, scoring 14 goals and adding eight assists. His offensive prowess earned him selection to the Sunshine State All-Conference First Team in 2013 in the fall following his PDL championship in Austin.

"I am very excited to sign with Ottawa and I can't wait to get up there and start playing," said Hume. "I have heard many great things about the players, fans, city and Fury FC organization. It was very important for me to sign with Ottawa to begin my career with a quality team and play at a high level. Plus, I know Paul very well, so I'm very excited."

Professional sports run in the Hume family. Tucker has a twin brother, Walker, who also played with him at UNC and was recently drafted in the MLS SuperDraft by FC Dallas. Their grandfather played in the NFL for the Dallas Cowboys.

Fury FC opens its inaugural USL season on April 1 when it visits Saint Louis FC. It will be an all-Canadian affair for the club’s home opener three weeks later when it hosts Toronto FC II on April 22 at TD Place.