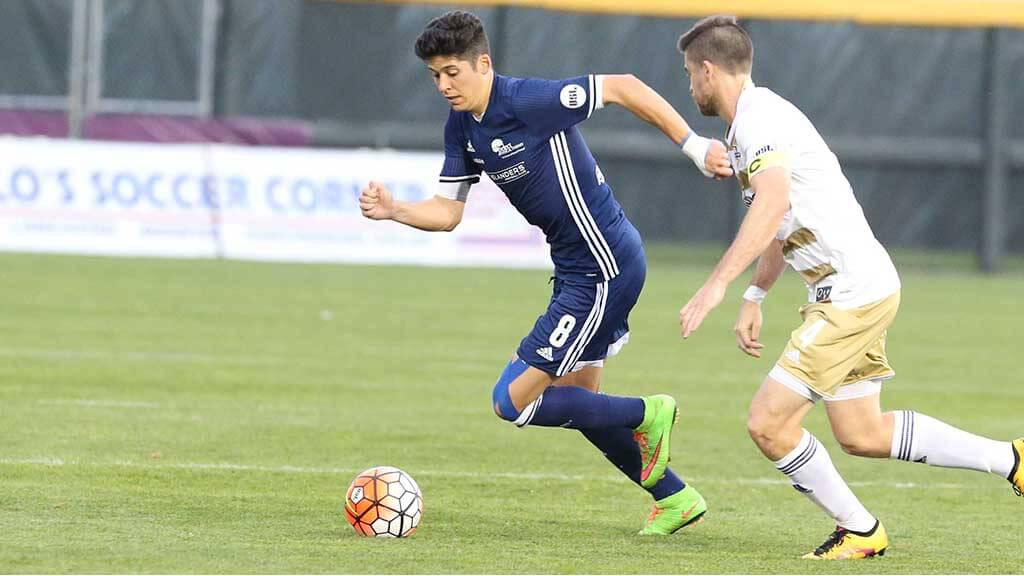 OKLAHOMA CITY – OKC Energy FC announced on Thursday it had signed 2016 USL All-League midfielder Jose Barril ahead of the upcoming USL season. The signing is pending league and federation approval.

Barril spent the past three seasons with the Harrisburg City Islanders, where he helped the side reach the 2014 USL Cup Final. This past season he was named to the USL All-League Second Team after recording six goals and a team-high seven assists. In his time with the City Islanders, Barril made 77 regular-season appearances, and recorded 11 goals and 15 assists.

A native of Madrid, Spain, the 24-year-old is a former member of the prestigious Real Madrid Academy, and played for Ontinyent CF in Spain before joining the City Islanders ahead of the 2014 USL season.

“José is a player I’ve been interested in signing since the first time I saw him play in 2014,” said Energy FC Head Coach Jimmy Nielsen. “After 14 years with Real Madrid’s Academy, his soccer education is world class. He is a difference-maker that plays at a very high level. We’re in a position to help him take the next step in his career and he is in a position to help us achieve our goals for the season.

“Technically and tactically, his understanding of the game is outstanding. He can play out wide, he can play the attacking mid, he passes the ball well and has a nose for goals. We’re excited to have him on our team and looking forward to working with him during the season.”

RELATED: Daly Heads to Join Up with Energy FC

Barril said he was looking forward to joining up with an Energy FC side that reached the Western Conference Semifinals of the 2016 USL Cup Playoffs.

“I am very glad to have signed with Energy FC. I made this decision because it is a great club that has had great results in each of their first three seasons,” said Barril. “I am eager to start this season and have high expectations for our club. My goals for this season are to help the club to a championship and put on a great show for the fans. It is a pleasure for me to be a part of Energy FC.”