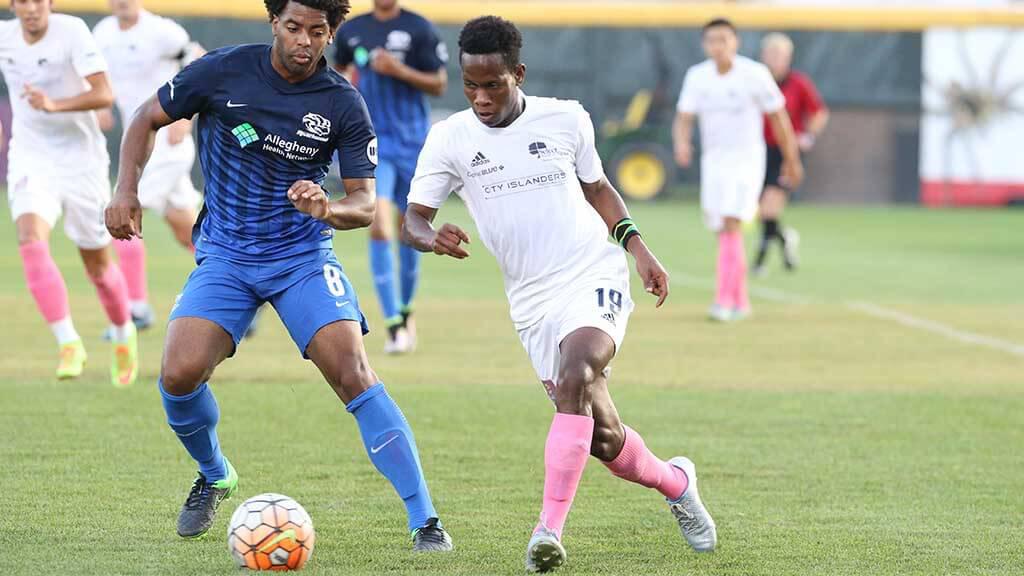 HARRISBURG, Pa. – The Harrisburg City Islanders announced on Monday that Jamaican midfielder Cardel Benbow would return to the club for the 2017 USL season.

Benbow made 25 appearances for the City Islanders and recorded two goals and two assists in 1,524 minutes of action. With two seasons with the club under his belt, the 21-year-old said he was looking forward to returning to the field with the City Islanders this season.

“It’s a privilege to be back in Harrisburg for my third year,” said Benbow. “I’m looking forward to the 2017 season to be back with the players and the Harrisburg City Islanders coaching staff.  They have always believed in me and have pushed me to the best of my ability, so I’m really looking forward to this season. I have been working hard, and the best is yet to come.”

Benbow is set to compete for his former club, Portmore United F.C., in the Jamaica Premier League on loan prior to joining the City Islanders for their preseason training.

“It’s a joy and a pleasure to come back to Jamaica and represent my former club. I’m also using this as a stepping stone in preparing for my 2017 season with Harrisburg,” said Benbow. “It’s a good feeling to have the privilege to come back home in front of my hometown to play. The Portmore United players show me a lot of love and respect and it brings back a lot of great memories.”

City Islanders Head Coach Bill Becher said he was pleased to have Benbow back with the side for the upcoming two seasons.

“Cardel got off to a little bit of a slow start [in 2016] but by midseason he started to find his form; he was as dangerous as anybody in the league in the second half of the season,” said Becher. “We think Cardel could be a big goal scorer in this league.”

“An opportunity came up for Cardel to play with Portmore in Jamaica and we think it’s a good way for him to get some game fitness in before he gets here in the preseason. We hope all goes well there and look forward to seeing him at the start of our training camp.”