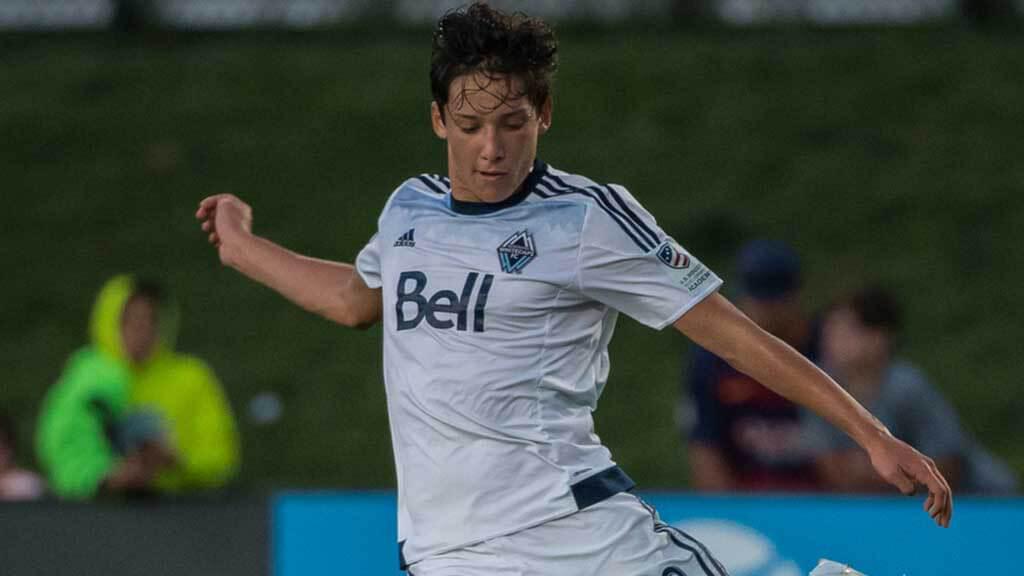 “David is a fantastic, mature young man, and very driven to succeed,” said Whitecaps FC Head Coach Carl Robinson. “He has been a part of this club for a long time and has had a clear goal of becoming a professional player. Today, we are thrilled to see him progress to the next stage of his career.”

Norman, 18, started out in the club's soccer camps before joining the Whitecaps FC Prospects program as a nine-year-old. The Coquitlam, B.C. native later joined the U-15 Pre-Residency team before moving up through the U-16 and U-18 teams. In his last year in the Residency program, Norman started 20 of his 26 appearances with the U-18 team in the Development Academy league, scoring six goals. During the playoffs, Norman scored in a semifinal victory over Players Development Academy, then assisted the ‘Caps lone goal in the championship final.

"I'm very excited to have signed for my boyhood club and take the next step towards the first team," added Norman. "I have a lot of passion to play for this club and its great supporters."

As a 15-year-old on the Whitecaps FC U-16 Residency team, Norman was the recipient of the BMO Registered Education Savings Plan (RESP) for exuding team pride, community commitment, and passion for the game.

This past fall, the 6-foot-2 midfielder played NCAA Division I soccer at Oregon State University. As a freshman, he started 15 of his 17 appearances and led the Beavers with five assists, adding two goals. He ended the season by scoring the winning goal against Washington.

On the international level, the Canadian has represented his country with both the U-15 and U-17 national teams.