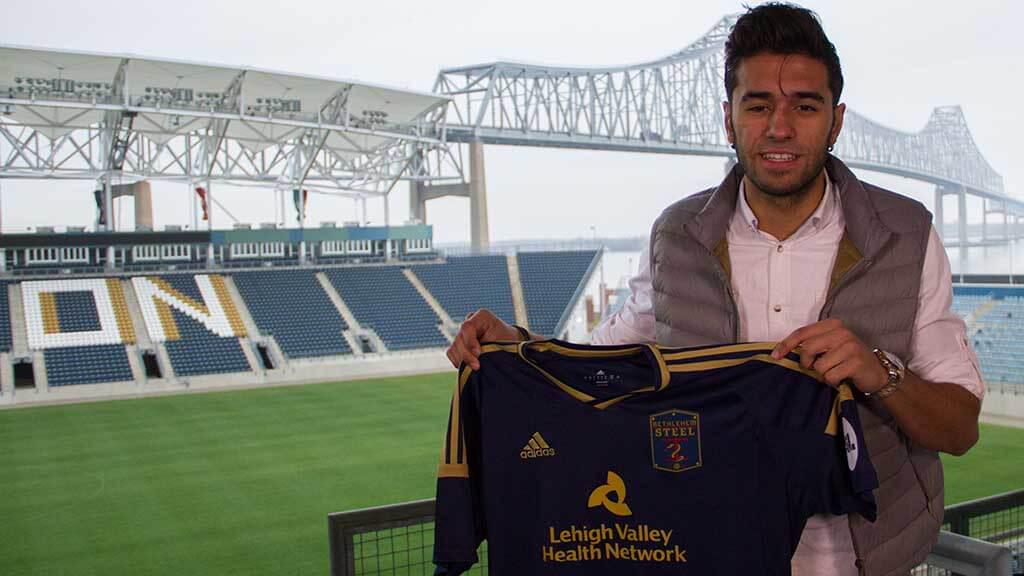 “I was really excited when I found out I was joining the Steel, for the reason that this is my hometown and I always wanted to be a part of this organization,” Real said. “The club gave me this opportunity to sign my first contract here and I’m excited. I will always want give back to them for giving me this amazing chance.”

Originally from nearby Drexel Hill, Pa., the 17-year-old joins the squad after making a pair of appearances during Steel FC’s inaugural season. A product of the Union Academy, Real first caught the attention of coaches at age nine when he played with the Union Juniors. Since then Real has risen through the Academy system and since 2015, has played nearly 30 matches across the U-18 and U-16 teams, scoring his first goal this season.

“Matthew proved last year that he can play at this level and is a guy that Jim Curtin and I have worked with since he was nine so it’s really cool seeing him showcase the process of the system we have in place,” Steel FC Head Coach Brendan Burke said. “He is really good on the ball and that jumps out when you see him play, he has a strong left foot to help balance out the team. He is a hardworking kid and never takes a play off and that is what we are looking for at Steel FC.”

“It’s always good that kids that have been in the Academy for so long choose the professional pathway,” Philadelphia Union Sporting Director Earnie Stewart said. “It shows that if you invest in players and you invest in talent, not everybody is going to make it, but it’s great when this comes about. The hard work that’s been put in by Matthew himself, but also the Academy and the coaches there leading up to what it’s supposed to be about is fantastic. It shows in a broader prospective that you need to commit hours and hours and hours to reach these kinds of goals. It’s fantastic that Matthew has reached this goal.”