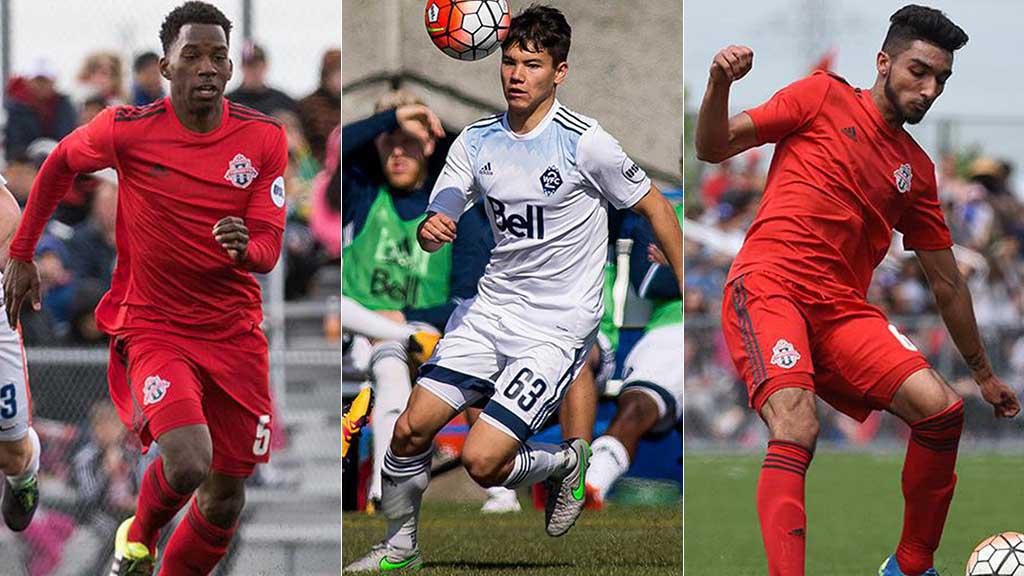 OTTAWA – 2016 USL 20 Under 20 selections Shaan Hundal and Malik Johnson of Toronto FC II and Kadin Chung of Vancouver Whitecaps FC 2 were among a large contingent of USL players called up for Canada’s U20 National Team Camp announced on Wednesday.

The camp, which runs from January 12-22, will also see the team travel to play a pair of games against Panama on January 19 and 21 as it prepares for the 2017 CONCACAF U20 Championship in February.

“This camp gives us another chance to expose our players to the environment that we expect to face in qualifying," said Canada Soccer's Men's National U-20 Team Coach Rob Gale. "This is a chance to play a very good opponent ahead of qualifying, but also a chance to see our players and continue our assessment ahead of our squad selection in February."

Hundaal, the No. 13 selection in the USL 20 Under 20 last year, and Johnson, who came in at No. 14, are two of seven players from Toronto FC II named to the squad. Hundaal finished tied for the team-high with six goals in 2016, while Johnson’s finished with four tallies for the side.

Chung, who earned the No. 18 berth on the countdown of the top young players in the USL, helped WFC2 reach the USL Cup Playoffs for the first time in 2016, and recorded a pair of assists in 19 appearances for the side. He is joined in the squad by Whitecaps Residency goalkeeper Thomas Hasal.

Montreal Impact Homegrown signings Ballou Jean-Yves Tabla, David Choiniere and Thomas Meilleur-Giguere, both of whom featured prominently in the USL this past season, were also named to the squad as they prepare for their first full seasons in MLS in 2017.

The 2017 CONCACAF U20 Championship is scheduled to kick off on February 17 in San José, Costa Rica, with Canada set to face Honduras (17 February), Mexico (20 February), and Antigua & Barbuda (23 February) in the group stage.