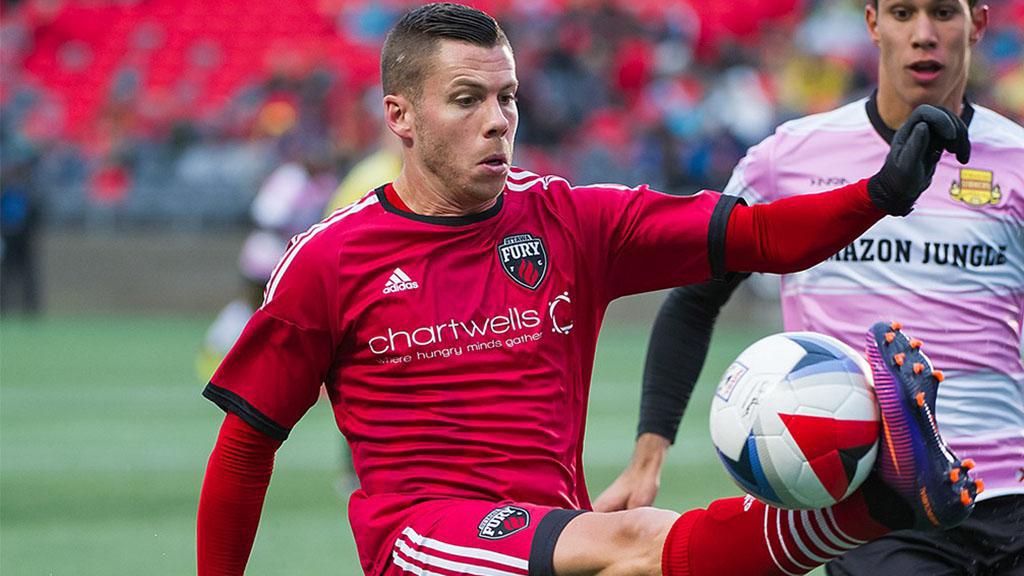 OTTAWA – The Ottawa Fury FC trio of goalkeeper Callum Irving, defender Jamar Dixon and forward Carl Haworth have been named to a 28-player Canadian National Team roster ahead of the country’s international exhibition against the Bahamas on January 22.

The group, which also includes Vancouver Whitecaps FC 2 goalkeeper Sean Melvin and Toronto FC II forward Raheem Edwards, will convene in Ft. Lauderdale, Fla. on Thursday as it kicks off preparations for the 2017 CONCACAF Gold Cup this summer.

"We want to give our players an early advantage heading into their preseasons, but also give our staff an opportunity to observe, evaluate, and educate a larger group of players," said Michael Findlay, Canada Soccer's Men's National Team Interim Head Coach. "This project also provides an internal competition within the larger group as only 18 will be selected for travel to the match.”

Haworth made his debut for Canada against South Korea last November after a standout season that saw him lead the club with seven goals. A former standout in the PDL for Fury FC and FC London, Haworth re-signed with the club this offseason as it made the move to the USL.

RELATED: Haworth’s Path Made Canada Call-Up One to Savor

Dixon remains part of the squad, having been included in Canada’s team that faced Honduras and El Salvador in World Cup Qualifying last September, and in the squad that travelled to play South Korea in November.

Irving earns his first call-up since this time last year, when he was named in the squad to face the United States in an international exhibition. The goalkeeper arrived in Ottawa this offseason after a standout year with Rio Grande Valley FC in the USL, where he posted a 0.65 goals-against average for the Toros in 14 appearances.

Toronto’s Edwards is one of five players to receive his first call-up to the full national team in January’s camp, a feat he is joined in by former USL player Mo Babouli and USL loanees Marco Carducci, Jay Chapman and Ben McKendry. Edwards finished tied for the team-lead for TFC II a season ago with six goals as his speed proved a menace to opponents.

Others with USL ties named to the squad include Marco Bustos, who helped lead Vancouver Whitecaps FC 2 to the Western Conference Final of the 2016 USL Cup Playoffs last season, and Montreal Impact forward Anthony Jackson-Hamel, who scored nine goals in the league last season.