Young defensive standouts shone in first season with Rochester in 2016 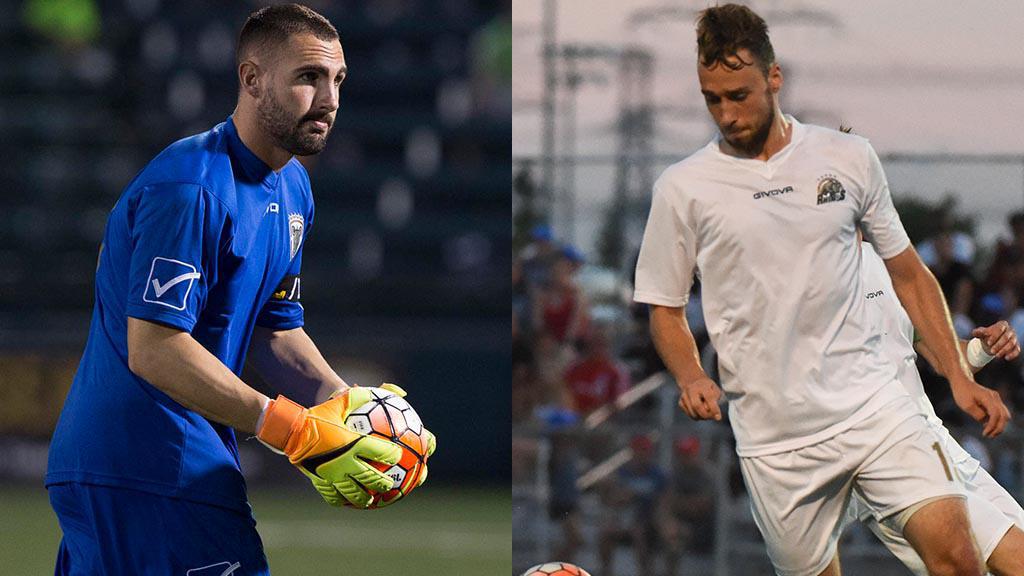 ROCHESTER, N.Y. – When they arrived in Rochester ahead of the 2016 season, new additions to the defending USL Cup champions, goalkeeper Tomas Gomez and defender Joe Farrell weren’t necessarily penciled in for big things.

While the Rhinos had seen 2015 USL Goalkeeper of the Year Brandon Miller depart, former PDL Goalkeeper of the Year Adam Grinwis was still with the side, providing an imposing roadblock in Gomez’s path. Farrell, meanwhile, was joining a defensive group that had set a USL record for goals against as the club claimed both the regular season and postseason championships.

In the end, neither proved a major impediment to success for either player. Farrell became a mainstay on the back line in his rookie season, making 29 appearances and scoring five goals as his nose for goal off set pieces came to the fore, while Gomez led the USL with a 0.69 goals-against average to claim the league’s Golden Glove as the side finished fourth in the Eastern Conference.

For Gomez, who had spent the 2015 season with the San Jose Earthquakes, the honor was a nice feather in his cap, although he laid much of the credit at the feet of his teammates.

“It was nice for the team to be recognized with this award,” Gomez told RhinosSoccer.com. “The backline and the midfielders made my job easier and they deserve this honor that comes with having the lowest goals-against average.” 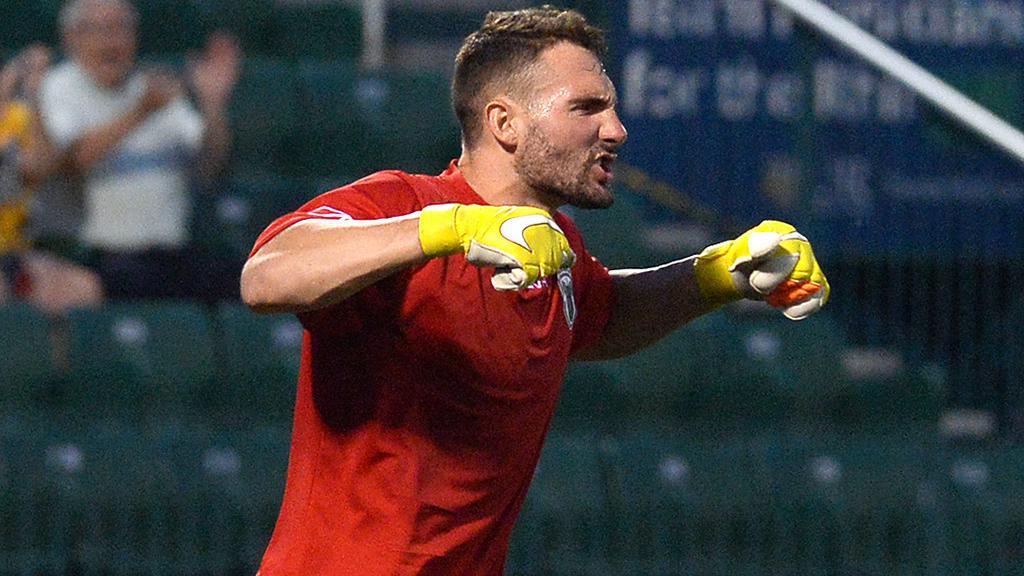 Farrell also earned recognition. A USL All-League Second Team selection and Rookie of the Year Finalist, the former New York Red Bulls U23 and La Salle defender led the Rhinos in minutes as he made a smooth transition to the professional ranks. While he was edged out by New York Red Bulls II standout Brandon Allen for the Rookie of the Year honor, earning a place on the podium left Farrell feeling positive.

“To be considered for the final three of the USL Rookie of the Year was a great feeling,” Farrell told RhinosSoccer.com. “This league is loaded with great players, and in particular young players. Even though I did not win this league award, just to be considered is a great honor.”

The two have stayed busy during the offseason. With both facing heightened expectations, the goal for both Gomez and Farrell is to make sure they’re ready to lead the way for Rhinos Coach Bob Lilley’s side as it looks to maintain the club’s defensive success.

“I hope to hit the ground running in preseason and cement myself as a starter,” said Gomez. “Now that I’ve had my first real reason playing, I’m hoping to grow and the success of my 2016 experience to propel my team to be in the best position possible to bring home a championship.”

With the duo among a group of 10 players announced as returning to the side, the Rhinos appear set to have another new set of faces looking to make their mark this season.

Having been in their shoes a year ago, Farrell had some simple advice for the newcomers to Rhinos Stadium.

“Just work hard every day from in practice to warm ups,” said Farrell, “and when you get that opportunity to play make the most of it on the field.”