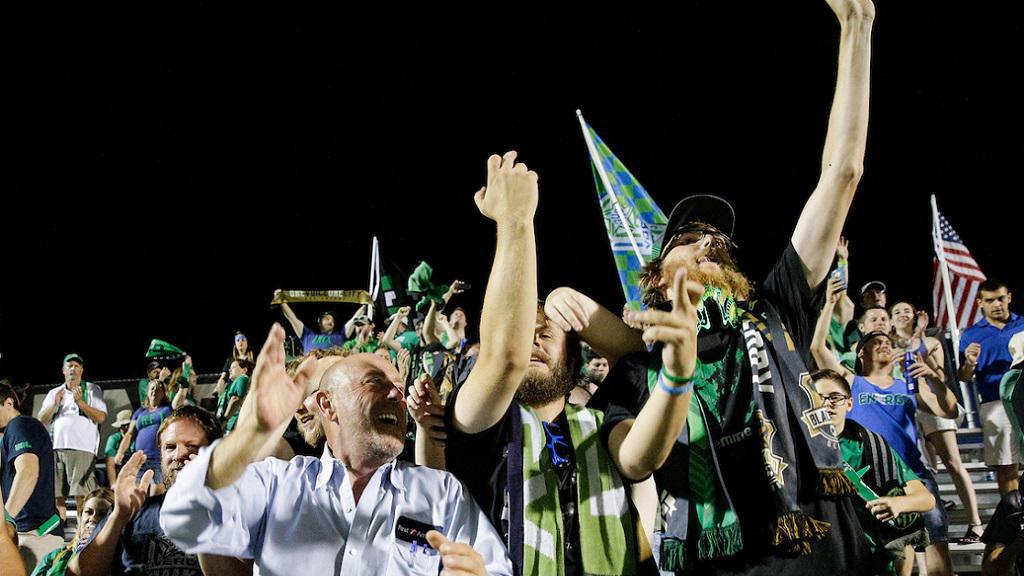 When he arrived from Sporting Kansas City in mid-summer this year, new OKC Energy FC Technical Director Scott Rezendes had a clear objective to unify the competitive elements within the club, from its USL side to its youth partnerships, and help OKC remain on its upward trajectory.

Now a few months into the project, Rezendes is already pleased with the manner in which things have progressed.

“I’m really excited about where we’re headed in that direction, and the benefits it’s going to have in our community and in soccer in Oklahoma in general,” Rezendes said. “The key has been to unify and link [Energy FC’s USL team, PDL team and youth partnerships] together, to get the flow of information and the relationship and the players moving up and down through each of those components of our system unified and on the same page.”

A former General Manager in the USL with Wilmington Hammerheads FC back in 2012, when the side reached the USL Cup Final, Rezendes’ experience within U.S. soccer circles has given him great insight into what leads to success within an organization, and a league as a whole. Having been part of SKC while the club first established partnerships with a pair of USL sides, and then introduced the Swope Park Rangers ahead of the 2016 season, the approach by the league and its clubs has been one that Rezendes believes makes sense in the current climate.

“I think in where we are in soccer in this country right now, and the great distances that we travel to compete in our league, it’s really important we’re smart about how we keep costs manageable, so that we can have a slow growth where everything is sustainable,” Rezendes said. “I think my background really lends to that strength in addition to the soccer knowledge I bring to the club and the experiences I’ve had. Combining those two will hopefully make us successful over the long-term as we develop multiple properties under one entity.”

One of the key elements in that long-term success is Energy FC’s partnership with the Oklahoma Soccer Association. The two organizations are now working closely to boost coaching education within the state, which it is hoped will allow young players to thrive with the end goal of playing for either Energy FC or Tulsa Roughnecks FC in the future.

“The staff we have at Energy FC has worked tirelessly to unify that relationship and really benefit from the access that we have throughout the entire state through different soccer coaches and the different components in our soccer structure throughout the state,” said Rezendes. “I think that relationship is growing, and will reap benefits over the long term, and we’re excited to see that partnership to continue.”

Rezendes’ technical expertise, which could be brought to bear both within the club and in its wider initiatives, was key to his hiring, according to Energy FC Co-Owner Bob Funk Jr.

“He’s been a great complement to what we’ve been doing,” said Funk. “He’s been working with [Energy FC General Manager] Jason Hawkins as well – Jason’s been having a lot of our discussions with the leagues directly, negotiating how we were going to work together – but having Scott come in with all of the technical expertise he has, designing the program, the technical development program, has been the piece we’ve been missing and creating a holistic structure the youth clubs can buy into.”

With the offseason now in full swing for the club, Rezendes’ focus is keenly trained on building the relationships within the club, and also with MLS partner FC Dallas, so that Energy FC’s goals for the sport as a whole in Oklahoma can come to fruition.

“For our club right now, during the offseason, [we want to unify] our three basic tenets, Energy FC, the U23s and our youth affiliate, and even our FC Dallas relationship, and connect all of those together so that they’re working seamlessly,” Rezendes said. “We’re moving forward collectively as one to be as successful as we can be, and grow the game of soccer in Oklahoma City for the long term.”