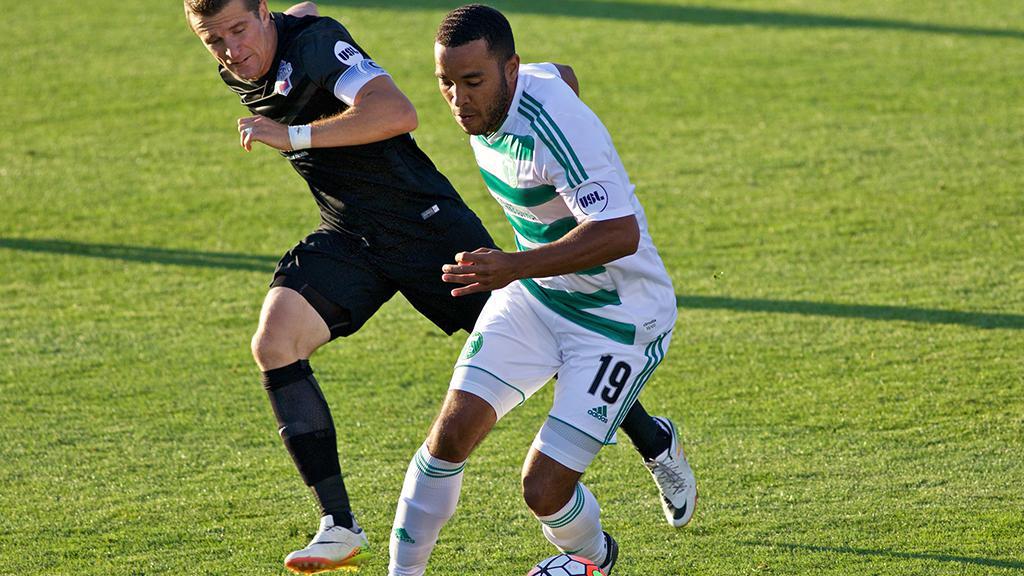 ORLANDO, Fla. – Orlando City B announced four new additions on Tuesday, with former Portland Timbers 2 forward Ben Polk being joined by a trio of midfielder with USL experience in Paul Clowes, Austin Martz and Jordan Schweitzer for the 2017 USL regular season. The signings are pending league and federation approval.

A former standout in the PDL for K-W United FC, with whom he won a championship in 2015, Polk scored one goal in 25 appearances for T2 in his first professional season. Born in Arizona, Polk grew up in Banbury, England, played collegiately at Genesee Community College and Herkimer College in Upstate New York. The striker then committed to play for Syracuse University in 2015 where he scored 12 goals and added five assists in one season for the Orange before Portland selected him with the 20th overall pick in the 2016 MLS SuperDraft.

“Ben has a fantastic work ethic and presses really well, which will be important to us,” said OCB Head Coach Anthony Pulis. “He is a very good finisher and has genuine potential to be a big player for us this year.”

A former Orlando City U-23 player in the PDL, Clowes joins OCB after spending the majority of the 2016 USL season with Eastern Conference rival the Charlotte Independence. The 22-year-old Cheshire, England, native made his professional debut on March 26 while on loan from D.C. United with the Richmond Kickers. A Manchester City youth product, Clowes played four years at Clemson University, scoring four goals in 86 appearances. In his 2015 senior season, Clowes was selected to the All-ACC First Team, the College Cup All-Tournament Team and was named ACC Midfielder of the Year.

“Paul is a very efficient distributor of the ball. He understands his role within the team very well and has excellent leadership qualities,” Pulis said.

Martz signs with OCB following a successful season with Wilmington Hammerheads FC. The 24-year-old Pennsylvania native was third on the team with four goals and two assists in 26 appearances in his second year as a pro. In 2015-16, the former Georgetown Hoya played for Pembroke Athleta FC in its first season in the Maltese Premier League.

“Austin is a very quick and dynamic wide midfielder who is excellent in 1-v-1 situations,” Pulis said. “He will give us a different attacking outlet and will certainly be a threat to the opposition’s back line.”

Schweitzer, 22, joins OCB after a successful season with Seattle Sounders FC 2. The first-year pro was third on the team in scoring, posting four goals and two assists in 22 appearances. In four years at the University of Denver, the Washington state native made 70 starts and was a three-time All-Summit League First Team selection, and also competed for the Sounders FC U23 in the PDL.

“Jordan had a great year in Seattle and we fought off a lot of competition to land him,” Pulis said. “He’s a strong, competitive player who has a great range of passing.”