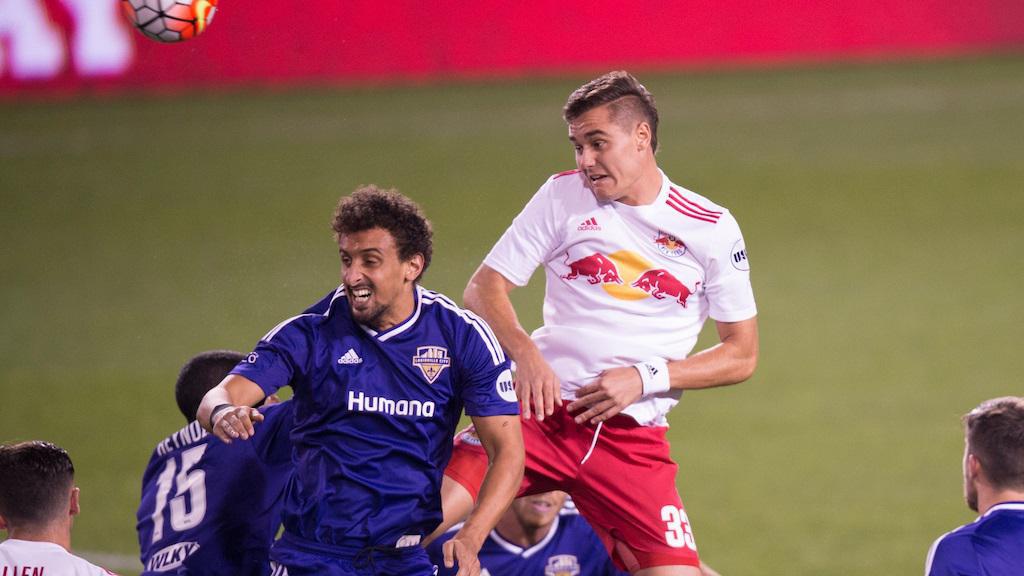 HARRISON, N.J. – As he began his third professional season in training camp with the New York Red Bulls this past January, something felt different for Aaron Long.

“From the very beginning, even in meetings, people have been saying this team is a big family,” Long said. “It’s not like other teams. There’s no first team, second team, stuff like that.”

With that environment surrounding him, Long has certainly thrived. His performances for the Red Bulls II in the USL helped the side post the best defensive record in the league, and today saw Long named as the 2016 USL Defender of the Year.

A player for Seattle Sounders FC 2 a season ago, where he fulfilled a number of different roles, Long was identified by Red Bulls Head of Scouting Rob Elliott as a player the Red Bulls should pursue, and made a serious run at earning a place on the club’s MLS roster in a strong preseason.

“It was a tough decision on whether or not he should be on the MLS roster or with us, and he ended up with us and I was very happy to have him,” said Red Bulls II Head Coach John Wolyniec. “He just continued to prove to me that he has a great sense of where to be.”

“The coaches had their decision, they told me to trust in them, and that they had a plan for me,” added Long. “Really, I just trusted in them, and it’s all worked out. I’m happy.” 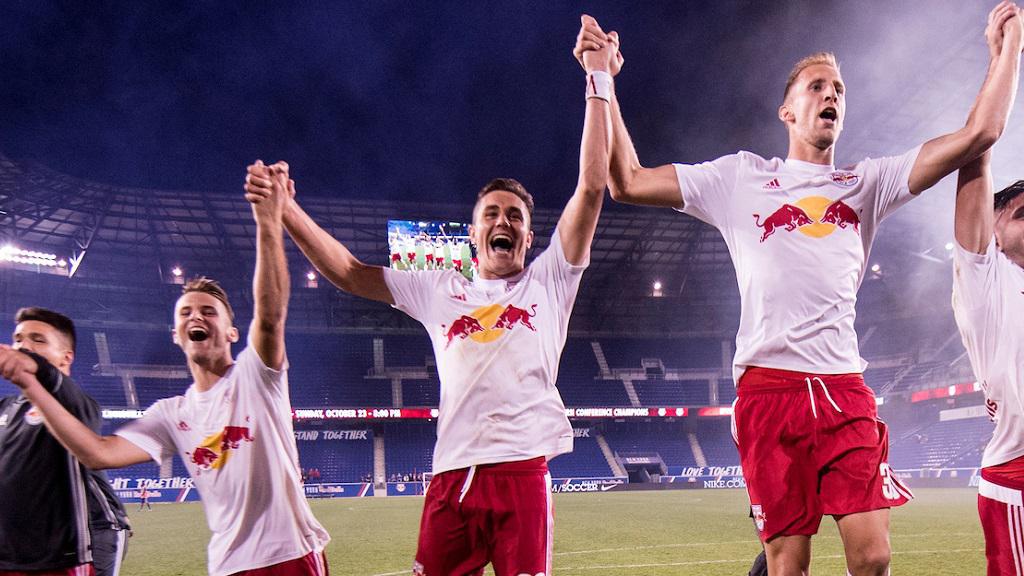 The plan saw Long play a starring role for the Red Bulls II for much of the season. In his 22 appearances for the side, New York recorded 13 of its 16 shutouts in the regular season. The stability of playing at center back for a full season – and also being able to build a partnership with Zach Carroll – saw Long’s game take a major step forward.

“Before I was bouncing around at center mid, right back, left back, center back,” said Long. “This year’s been my first primarily at center back, or just in any one position for a full year, and I think that’s helped me grow and learn the position a lot better. The leaders have taken me under their wing from the first team. I’ve gotten a lot of help from people.”

Not that the back line for the Red Bulls II was settled for much of the year. While Long (22GP), Carroll (25GP) and goalkeeper Ryan Meara (21GP) formed a solid core, the side still saw regular rotation in and out of the lineup.

“Our lineup has rarely been the same every game. We’re always dealing with new players,” Long said. “There’s a lot of different things you learn to adapt to during the season.”

While Long has had to adapt to new teammates on a regular basis, that has been tempered by the manner in which he sees the game. Finding ways to be a step ahead of the opposing attack has been a major factor in the Red Bulls II’s defensive success.

Long’s performances were noticed higher up the Red Bulls organization, which brought him into the club’s MLS squad for the CONCACAF Champions League campaign this fall. Long made three appearances, all starts, for the side as it qualified for next February’s quarterfinals, including both of the Red Bulls’ road contests against Alianza in Honduras and Antigua in Guatemala.

“It’s a great experience and a great opportunity for me,” said Long. “I just take those experiences and try and learn from the guys I’m playing with on the first team. Like Aurelien Collin, playing at center back with him, it’s huge to learn from a guy like that. You don’t get that experience every day, so that’s huge.”

All of those experiences, which Long then brought back to the Red Bulls II, culminated in his leading the side to a league double of the USL Regular Season Championship and its first USL Cup. Having found his place in the Red Bulls’ family, the future appears very bright.

“He’s just a clever guy that sees plays coming first,” said Wolyniec, “and he uses his talent to his advantage.”