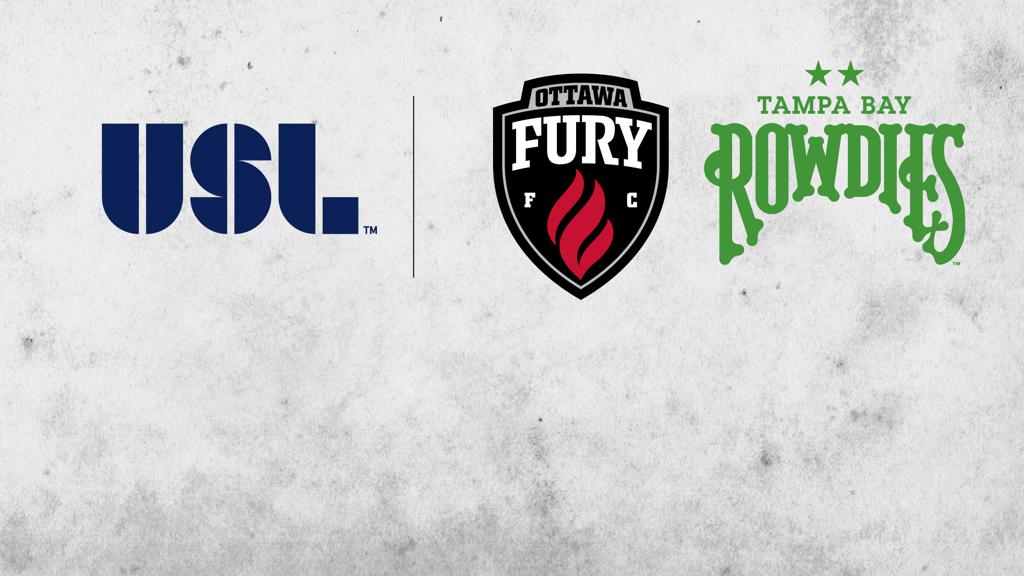 TAMPA, Fla. – The United Soccer League announced today the additions of the Tampa Bay Rowdies, one of the country’s most historic soccer brands, and Ottawa Fury FC, which is part of one of Canada’s leading sports and entertainment groups.

Tampa Bay and Ottawa will be joining Reno 1868 FC as USL expansion sides for the 2017 season.

As one of the country’s most historic soccer brands in the 11th-largest U.S. media market, the Rowdies were the first professional sports franchise in the Tampa Bay area and remain one of the most recognizable teams in soccer. Originally established in 1975, they won the Soccer Bowl championship in their inaugural year, and then again in 2012.

“With our league headquartered in Tampa, we are pleased to welcome the Rowdies to the USL for next season,” said Alec Papadakis, the Chief Executive Officer of the USL. “This allows us to expand our footprint into the Southeast with a storied soccer brand while meeting our key tenets of market size, committed local ownership and stadium development. In Bill Edwards, we have a dedicated local owner who has invested heavily in the team’s stadium, front office and media efforts and is considered one of the marketplace’s top business and forward-thinking leaders. Bill is a renowned philanthropist and has donated significant money for children’s and veterans’ causes.”

The Rowdies were the first professional sports franchise in the Tampa Bay area and remain one of the most recognizable teams in soccer.

“We are excited to join the United Soccer League in 2017,” said Rowdies Chairman and CEO Bill Edwards. “I have said from the day I acquired controlling interest in this club that I wanted to make it one of the most successful teams in North America. The Rowdies’ move to the USL is a positive step toward reaching the long-term goals of the club.”

Situated on the downtown St. Petersburg waterfront, the iconic Al Lang Stadium, capacity 7,227, has transformed over the past two seasons. Edwards took over management of the city-owned facility historically known for baseball spring training and invested millions of dollars turning it into a proper venue.

Fury FC President and Ottawa Sports and Entertainment Group Partner John Pugh has a long, successful history growing soccer in the Ottawa region. He founded a W-League franchise in 2002 and sculpted it into the storied franchise that would capture a long sought after North American Championship in 2012.   Fury FC’s men’s professional team commenced play in 2014 and in only its second season reached the championship final.

The Fury FC ownership group also owns a Canadian Football League franchise, the Ottawa REDBLACKS, and manages the 24,000-seat TD Place stadium, which is home to both teams. The stadium has hosted soccer for the 1976 Summer Olympics in Montreal, was one of six hosts for the 2007 FIFA U20 World Cup; and hosted nine games, including a quarterfinal match, for the 2015 FIFA Women’s World Cup.

The Rowdies and Fury FC are expected to be placed in the USL’s Eastern Conference for the 2017 season that kicks off on the weekend of March 24-26 with the regular-season schedule expanded to 32 games from 30 this past season.

The 2016 season saw the USL record a total attendance of almost 1.5 million for its 29 teams, a 33 percent increase from 2015. The league has more than doubled in size since 2014 and has built a stable, highly-competitive professional soccer league positioned for long-term success. This year, the USL introduced six teams. The 2017 season will feature the debuts of Tampa Bay, Ottawa and Reno 1868 FC. Nashville SC begins play in 2018, and additional expansion is on the horizon.