Rangers’ Duke Grateful for ‘A Year I’ll be Proud Of’

Swope Park captain has been integral to club’s progression, success 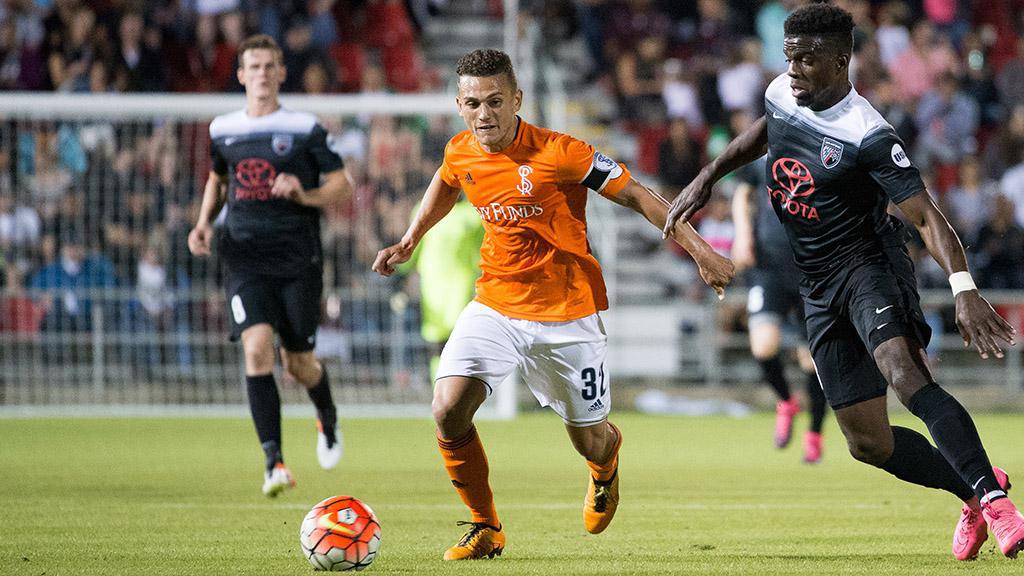 When he was unveiled as the first official signing for the Swope Park Rangers last November, the goal for Christian Duke and the teammates who joined him for the club’s first preseason was to reach the postseason.

Now, with the club one win away from the 2016 USL Cup Final, Presented by Nike, the realization of that goal, and the progression the team has made since the start of training camp, has been some ride for the 25-year-old local standout.

“It’s quite an experience, to be honest,” Duke said. “Everyone is counting on each other. We’re all doing our part to be as successful as we can, and I think that just has a lot to say about the club and the staff from the ownership, to the first team, to the Rangers. Everybody is in it for a mission, and you can definitely see it with the Rangers here as well.”

Drafted by Sporting Kansas City in 2013, Duke saw plenty of time on loan in his first two seasons as a professional. He was a USL champion his first year as part of Orlando City SC and then went to OKC Energy FC in 2014 when the two organizations struck a partnership for the new USL club’s inaugural season.

Along the way, though, injuries started to get in the way of Duke’s potential. After making 13 appearances for Energy FC on loan in 2014, he returned to OKC the next season to sign with Energy FC without making an MLS appearance for Sporting.

After reestablishing his credentials and learning a new position at fullback in Oklahoma, though, the chance to return presented itself with the Rangers. In his return to Kansas City, Duke has been ever-present, leading the team in minutes played and providing an edge in midfield and defensively.

“I think this has definitely been a defining year for me,” Duke said. “I’ve battled with injuries and other things that have happened that had set me back a little bit. This year I feel, just like with the team, that I’ve grown personally on and off the field in more of a leadership role.

“This has definitely been a year that, I think looking back in the future, it’s a year I’ll be proud of.” 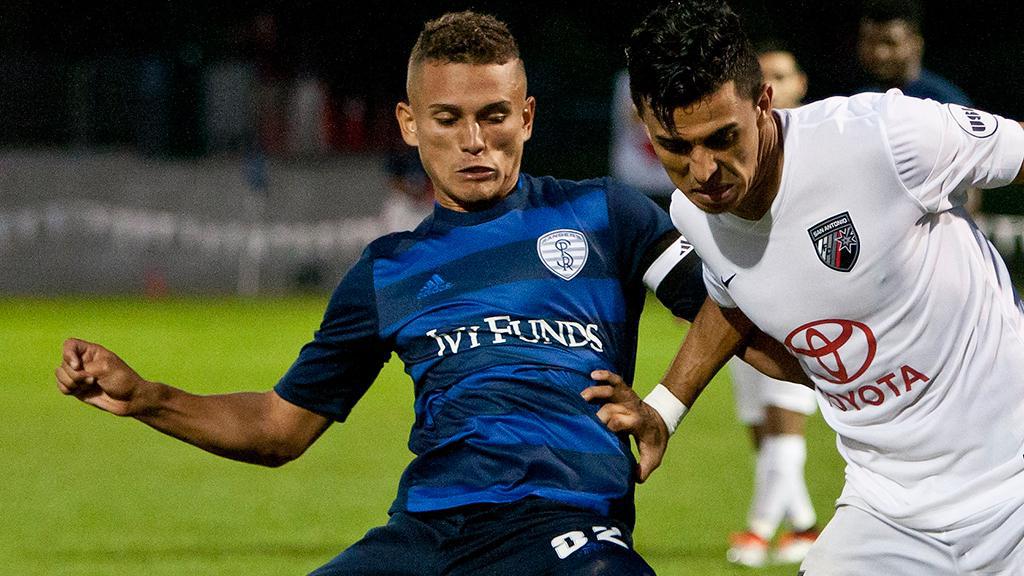 As the club’s captain, Duke has developed his leadership skills alongside some of the other veterans in the squad. With players like Nansel Selbol and Felipe Hernandez stepping up from SKC’s Academy, and rookies like Amer Didic and Mark Anthony Gonzalez both making a major impact, Duke and players like Kris Tyrpak, Tommy Meyer and Oumar Ballo have provided a positive environment for those players to thrive.

“It’s been a learning experience for me, as well, being a leader and one of the older guys on the team,” Duke said. “Everybody puts in the work. Veterans like Tommy Meyer and Kris Tyrpak and Ballo, everybody’s done a great job in leading this younger team to the success that we’ve had, and pushing each other in training, and the little things outside soccer. Making sure everyone does the right stuff and keeps our heads on straight to find success on the soccer field.”

The Rangers’ opponent this Saturday night in the Western Conference Final of the 2016 USL Cup Playoffs, Vancouver Whitecaps FC 2, has taken a similar approach, with Duke’s former teammate and friend at Energy FC in forward Kyle Greig the veteran leading the way. The two have remained in touch as this season has progressed, and Duke is looking forward to meeting up with his fellow Kansas native again this weekend.

When it’s time for business on the field, though, Duke and the Rangers believe they’re right where they need to be to move one step closer to a championship.