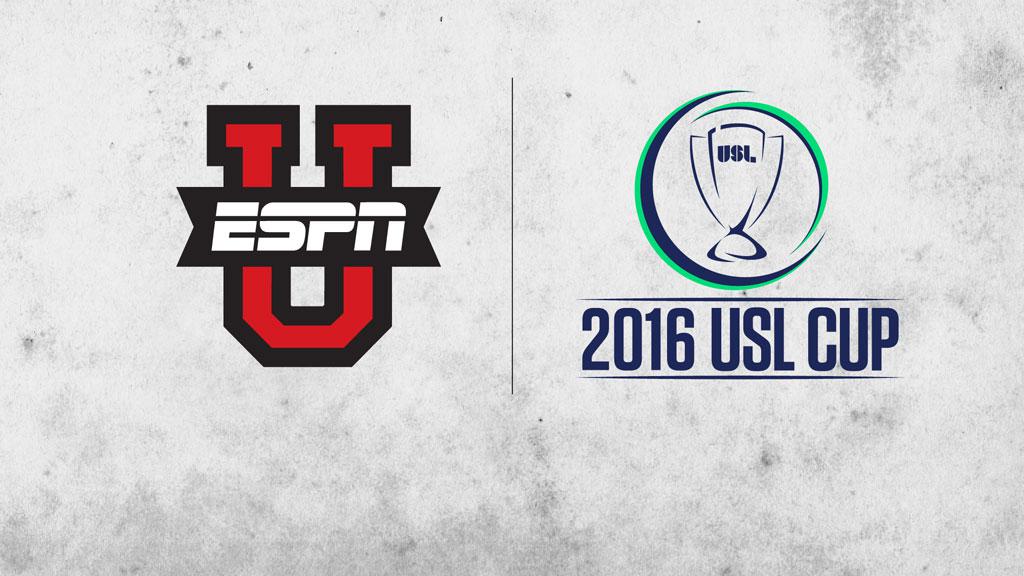 In addition to the championship airing on ESPNU and available through the WatchESPN app, the event will be simulcast on SiriusXM.

"We are excited to extend our relationship with ESPN and establish one with SiriusXM and its 24/7 soccer channel, SiriusXM FC, for the 2016 USL Cup Final and beyond," said USL President Jake Edwards. "Kate and Heather are icons in American soccer - both during their careers and now with extensive analysis and reporting - while Michael is a proven professional and familiar with our league, having called last year's championship and this season's USL Game of the Week."

The USL Cup Final coverage will feature several well-known names and talents in the business, two of which have been part of the USL's coverage this season.

Markgraf, who had a decorated career as a center back and member of the 1999 FIFA Women's World Cup-winning team, has served as a color analyst since 2011. Her work has included the past two FIFA Women's World Cups (2011, 2015) on ESPN, the 2012 London Olympics on NBC, and most recently she was on ESPN's broadcasts of the 2016 European Championships. With her role during UEFA EURO 2016, Markgraf became the first woman on U.S. television to serve as a color commentator for a top-tier international men's competition.

Mitts has been involved in the USL this season as a guest host during the USL Game of the Week on ESPN3 featuring Louisville City FC and her hometown FC Cincinnati side on June 25 that resulted in a scoreless draw at Slugger Field. Mitts was a longtime defender of the U.S. squad with three Olympic gold medals. She was a studio co-host for ABC's and ESPN's coverage of the 2003 and 2007 FIFA Women's World Cups and has held numerous sideline reporting roles, including Major League Soccer coverage in 2005. Mitts recently has served as a studio analyst for FOX Sports during the 2015 FIFA Women's World Cup.

Watts has served as the USL's voice for USL Game of the Week coverage on ESPN3 throughout the 2016 season. He called the 2015 USL Championship match on ESPN3 alongside current FC Cincinnati Head Coach John Harkes. Watts' background has also included the U.S. Women's National Team-hosted SheBelieves Cup earlier this year and New York City FC coverage on the YES Network.

The simulcast of the USL Cup Final will air on SiriusXM FC, a channel dedicated entirely to soccer that features talk shows and live coverage of matches in Major League Soccer, the English Premier League, as well as international friendlies. For more, visit SiriusXM.com/siriusxmfc.