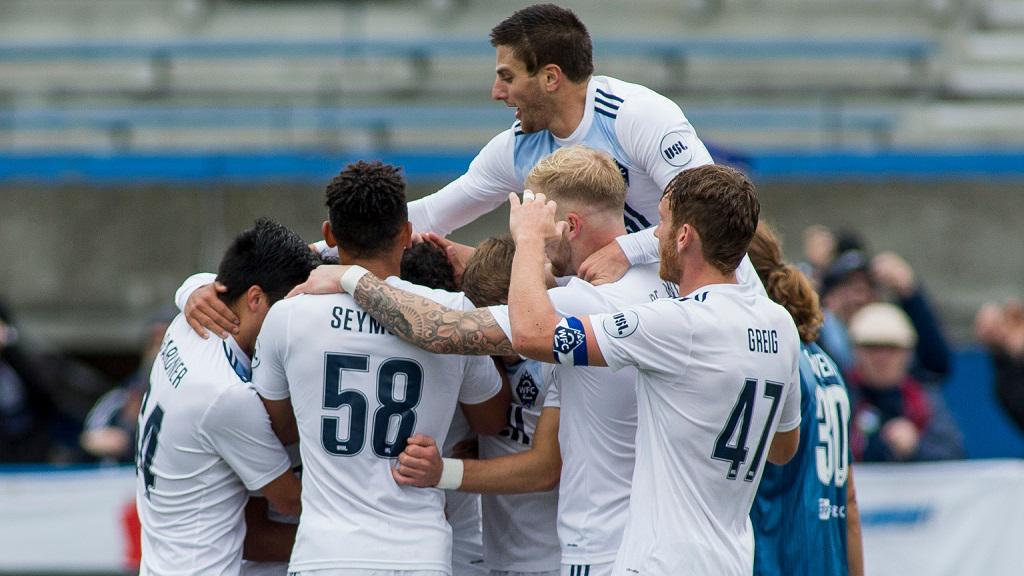 The regular season wrapped up adversely for Vancouver Whitecaps FC 2’s Daniel Haber back on Sept. 21, when he came on as a second-half sub against OKC Energy FC and then was stretchered off with a hip injury. The only Vancouver player to have seen action in every match of the season entered the 2016 USL Cup Playoffs with some concern shortly after that 2-1 win against OKC.

Suffice to say, Haber is back to his top form after scoring an 89th-minute winner to lead WFC2 to a 3-2 victory against OKC on Saturday in the Western Conference Semifinals at Thunderbird Stadium.

“To have a guy like that, at that moment, you saw what an element of class can do, and full credit to finishing the opportunity,” WFC2 Head Coach Alan Koch said.

Haber is slightly overshadowed by the goal-scoring numbers that WFC2 captain Kyle Greig had produced this year, but anyone who tracks this team knows the 24-year-old Toronto native is one of the more crucial pieces to the club.

“He’s got a killer instinct,” said Greig, who scored his second goal of the postseason early in the second half. “He’s one of the best finishers on the team. He’s got a chip on his shoulder. He hasn’t scored in a while, so I think that was a huge one for him.”

The winning score came after Energy FC rallied from a two-goal deficit in the second half. The match was nearing stoppage time and potentially headed to a pair of 15-minute overtime periods.

“Emotions were riding high at the end of the game there,” Haber said. “We saw them score twice, and all year we’ve been resilient, and we feel like we’ve been the underdog and overlooked. We knew we were going to be fighting to the end.

“I’ve got to give credit to the guys who made the play. Tommy Gardner went in there and he got a deflection, the ball popped out to me, and I just tried to stay as composed as I could.”

Haber has enjoyed several late-game moments during the 2016 season, but the magnitude of this one certainly takes the cake as Vancouver now finds itself a win away from advancing to the 2016 USL Cup Final, Presented by Nike.

“There are different games that have special moments at the end, but I don’t think there’s any feeling like winning a game like that at the end in the playoffs, especially when it’s that tight,” Haber said. “It shows how close of a group we have and how much we’re willing to do for each other.”