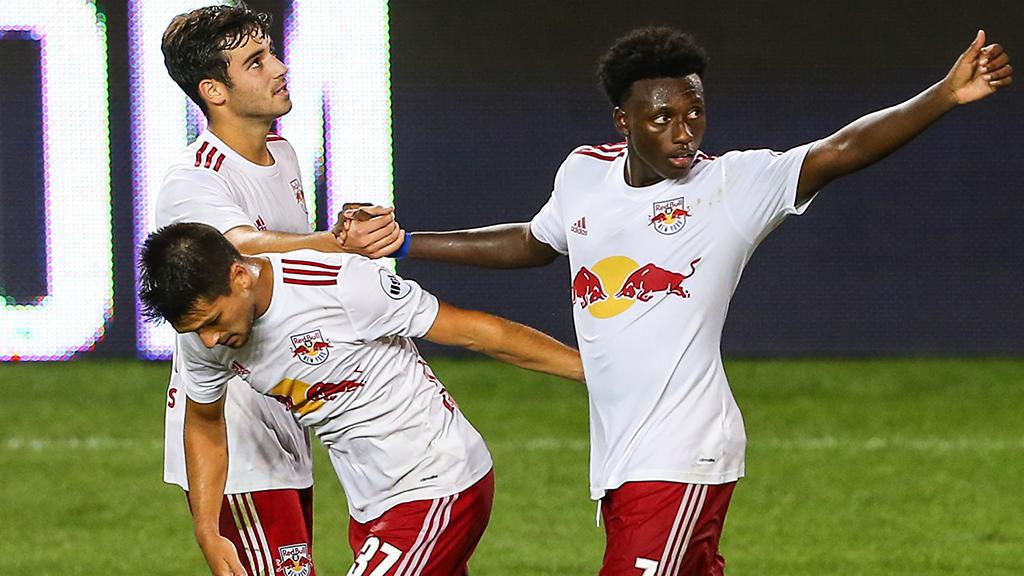 HARRISON, N.J. – For all they’ve accomplished this season, the New York Red Bulls II are going to have to claim a first in club history when they host the Rochester Rhinos in the Eastern Conference Semifinals of the 2016 USL Cup Playoffs on Friday night at Red Bull Arena.

The Red Bulls II have never taken victory against the Rhinos in their brief competitive history against one another. The two sides finished level in all three of their regular-season meetings this season, while the Rhinos took a 2-0 win this time last season on their way to the USL Cup.

But with the side currently on an 11-game undefeated streak that has included 10 victories, the Red Bulls II will enter the game with as much confidence as at any point this season.

“They do a great job, they work really hard, they fight, they work really hard, and it’s not going to be easy for us, but we feel like we’re a good team, we feel like we’re in the best form we’ve been all year,” Coach John Wolyniec told media. “If we want to win a championship, we’ve got to knock off the defending champs. There’s no better way to go about it, we’re happy we’re at home and we get the chance to play one of the best teams in the league.”

The Red Bulls II will have standout midfielder Derrick Etienne Jr. available for the contest, and the No. 3 selection in the USL 20 Under 20 series this summer believes he and his teammates have what it takes to unlock a strong Rhinos’ defense.

New York cruised to a 4-0 victory in its opening postseason contest last Sunday against Orlando City B as Aaron Long scored twice and Vincent Bezecourt had a goal and assist. Rochester will provide a bigger challenge, but Wolyniec is keen for his side to advance, to bring another challenging contest against either Louisville or Charleston in the Eastern Conference Final.

“This is an opportunity for us to really test ourselves, to really test who we are as a group and individuals,” said Wolyniec. “It’s a good opportunity to go out there and fight and give everything we have to fight another day so we have another game, so we can improve in that game as well.”

With the side looking to become only the third to win both the USL Regular Season Championship and the USL Cup, Etienne is looking to add more silverware to round out what has been an outstanding season so far.

“We are young, but we have a lot of experienced guys, whether it’s college or other USL teams or any other team,” he said. “We take it every game at a time, we understand it’s the playoffs, it’s win or go home, and we don’t want to just be regular season champs, we want to go out there and win all our games.”