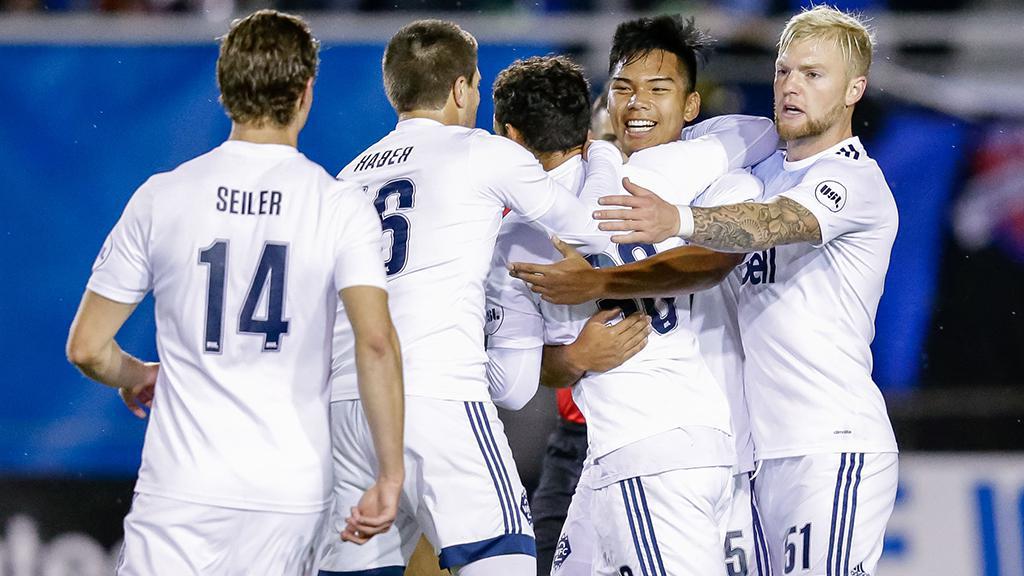 VANCOUVER, B.C. – The 2015 season was a disappointing one for Vancouver Whitecaps FC 2.

The club’s inaugural USL season was a struggle, as Coach Alan Koch's young side tried to find its feet in a league packed with veteran players and clubs. But as difficult as the year proved, it was also vitally important in giving the Whitecaps an understanding of where they needed their levels to be.

The progression of the club in its second season has been vast, with one of the biggest turnarounds in fortune throughout the USL, and WFC2 now finds itself two wins away from the USL Cup Final, Presented by Nike, as it gets set to host OKC Energy FC in this Saturday's Western Conference Semifinal.

"It's been a significant step in the right direction," Koch told USLSoccer.com. "I got into this job quite late and didn't really have much time to prepare for the first season. I think it showed.

"Our first game last season, our group of players, our team, we weren't ready to play. We got better as the season went along. We managed to win a few games, but I think we finished where we deserved to finish."

That position was second-to-last in the Western Conference standings, 12 points adrift of the playoff places. It was clear that a lot of hard work and changes were required if the team was to turn things around and be competitive, and that's just what Koch and his management team did.

Starting with a month-long postseason camp in November, Koch took the chance to evaluate his current squad and some trialists, focusing on what areas needed the most improvement for progression to be made.

"We did a lot of reflection at the end of the season and obviously had to make some player moves," said Koch. "We had to move some players on and bring some players in. We got the balance right this year with our group players.

"We have the focus on development and playing the younger guys, but having a couple, we call them the older guys but they're not really that old, come in, gave us the balance and a little bit of experience to allow the young players to show what they can do, but also set those older guys up for success."

You only have to look at the starting lineups from WFC2's first USL game last year, a 4-0 road loss to Seattle, to the team that started last Friday's 2-1 playoff win at Colorado Springs to see the overhaul Koch has given his squad.

Midfielder-turned-defender Brett Levis is the sole constant, with seven of the players that featured in that match no longer even at the club. Levis has seen many changes, and a lot of turnaround from WFC2’s first match in March of 2015 to where the club is now, and the biggest difference comes down to one simple factor. 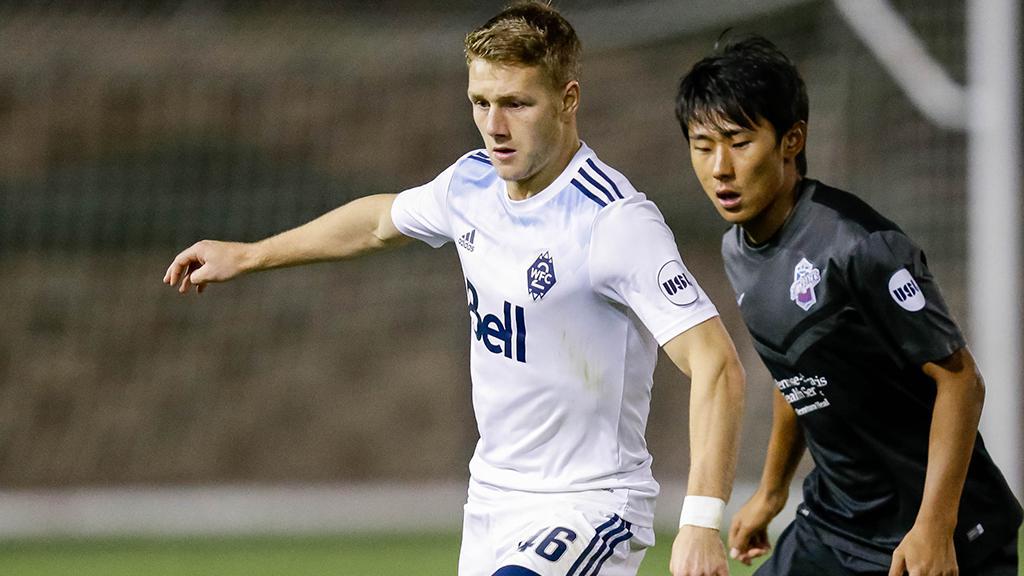 Levis, who earned an MLS contract with his play this season, acknowledged the massive progression the team has made over these past two years, and for him one player has played a key part in that – captain Kyle Greig.

"Kyle has helped our team exponentially," Levis said. "Coming in with the few years that he had in the USL and bringing all the players up in big games. Going down to OC Blues [in the season opener] for the first game away, especially with how we did last year, it was quite the feat [to win].

"We gave it everything. We came together and we just had such a good first half of the season. The second half had its ups and downs, but that was a lot to do with the movement with the first team and Champions League and so forth. It's been awesome so far."

The joke around the camp is that Greig is the "old man" of the team. A wily veteran. Compared to his teammates, he is, but he's also still only 26 years old. When you consider the average age of WFC2’s other 10 starters against the Switchbacks was 19 years and 3 months, then you can see how crucial his experience is to the young squad. 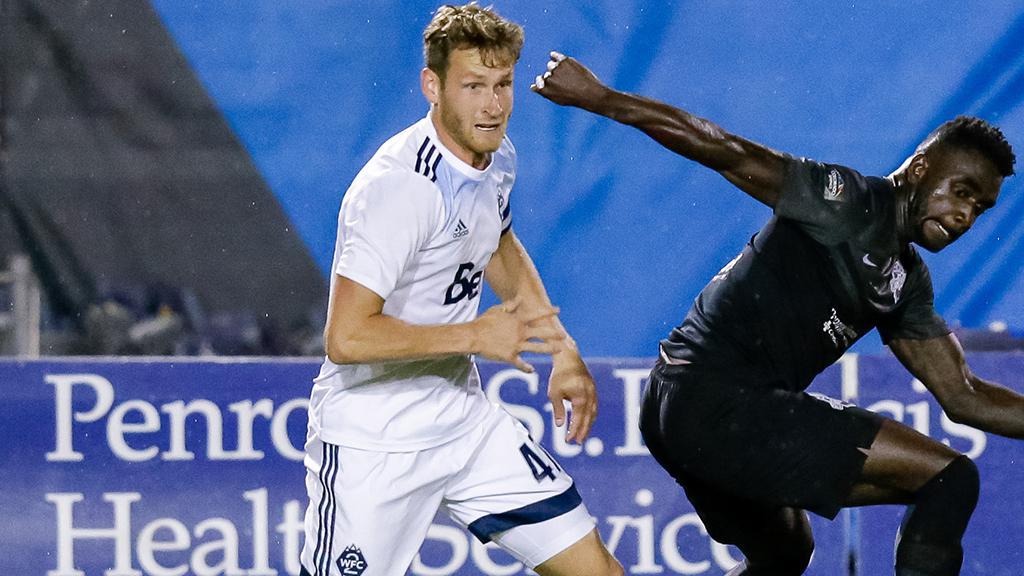 The striker plays down his own contributions to the team's success, but there's no getting away from the fact that his 12 goals on the year have played a big part in it, especially in the first half of the season.

His leadership qualities have also been vitally important, but for Greig, the team's success comes down to the one thing that unites the whole squad – desire.

"There's a lot of young faces on this team obviously," Greig said. "I'm young in my eyes still of course. We all share that hunger for something more. Whether that's here, or whether that's somewhere else.

"We all kind of come together as a hungry team and a team that wants to make ourselves as best as we can and see how far this team can go. We've done a good job getting past that first round."

The atmosphere around the camp is infectious. You only have to watch a few minutes of training to see how well the team gets on, and how focused they are in achieving their goals in the process.

"The guys jell together," said Koch. "They've come together as a group. We have a great chemistry within our daily environment. When we come to work there is a great, positive environment that we've created and I give the players credit. They've embraced it and grown.

"Having the great start to the season like we did gives everybody a lot of confidence and belief. We dealt with adversity in the middle and towards the end of the season, but thankfully we've learned a lot from that and we've bounced back and we're heading in the right direction."

That direction may just take them to the USL Cup Final.

After the carnage of a weekend of upsets in the first round of the playoffs, the Whitecaps are now the second-highest seed remaining in the West. The path to the final is now clear, and it's a very promising looking one for whichever of the four remaining conference teams can really find their stride.

Vancouver is confident it will be that team, but it’s certainly not taking anything for granted against a dangerous Energy FC side it beat 2-1 in its last game of the regular season.

"The one thing we know now is to expect the unexpected," Koch said. "Teams that were seeded one, two, three last week were probably asked the questions do you feel confident you're playing at home, you've got a great seeding, all that type of jazz. That's all been thrown out the window now.

"We're ready to expect the unexpected. There's no favorites going in to this game. Whether we play at home or away, the fact that we've played them before and beaten them, it means absolutely nothing because that first week of the playoffs showed us that anything can happen and will happen... We have a lot of belief and confidence in our group of players and we're excited to play the game."