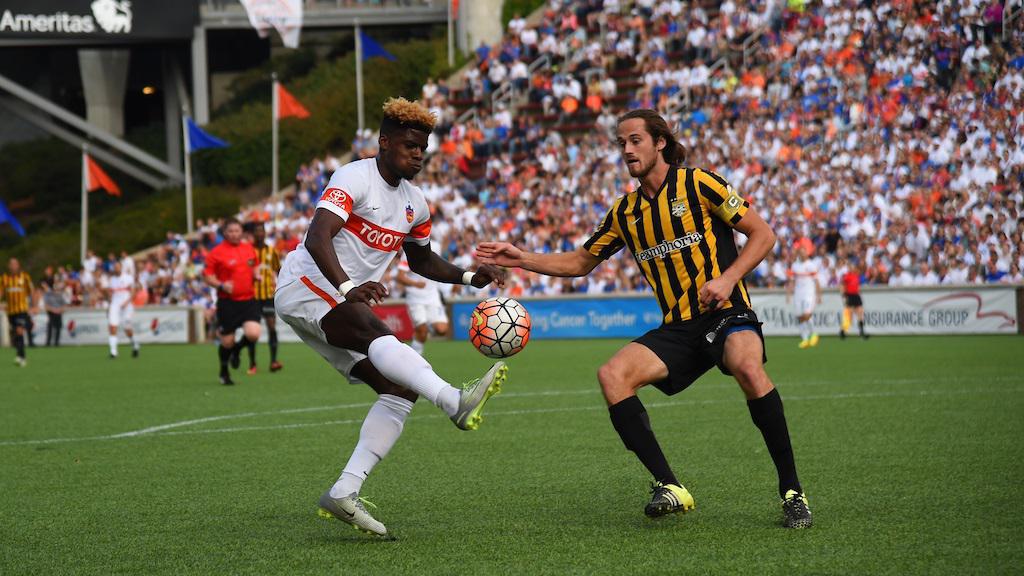 CINCINNATI – The Charleston Battery, in the midst of their sixth consecutive postseason, rallied past expansion side FC Cincinnati for a 2-1 victory Sunday in the Eastern Conference Quarterfinals in front of a USL postseason-record crowd of 30,187 on Sunday at Nippert Stadium. The attendance broke the previous mark of 20,886 held by Orlando City SC during the 2013 USL Cup Final at the Citrus Bowl, when Orlando defeated the Charlotte Eagles 7-4. Cincinnati’s home base was in high spirits with Eric Stevenson’s 30-yard tally in the 19th minute, but Charleston responded well as Chris Tsonis found the equalizer in the 40th minute. Then in the 65th minute, Zach Prince’s shot from a Maikel Chang corner kick was deflected by Tyler Polak and into his own net as Charleston took the 2-1 advantage. Prince was credited with the winning score and his Battery will face second-seeded Louisville City FC in the Eastern Conference Quarterfinals next weekend.

USLSoccer.com Man of the Match:
Maikel Chang, Charleston Battery – The veteran Chang provided the corner kick that led to the go-ahead goal and then helping kill off the game down the stretch.