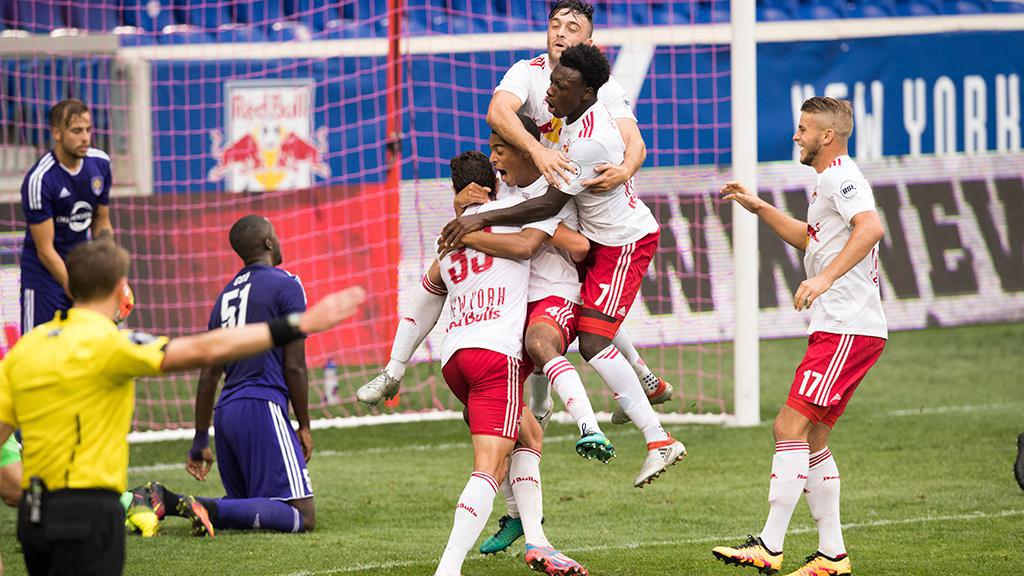 HARRISON, N.J. – The New York Red Bulls II swept to a 4-0 victory against Orlando City B in the Eastern Conference Quarterfinals of the 2016 USL Cup Playoffs at Red Bulls Arena on Sunday evening. New York had the upper hand early, and Orlando goalkeeper Mark Ridgers got down well to save from Derrick Etienne Jr. in the 17th minute. The Red Bulls II took the lead in the 32nd minute, however, as Aaron Long scored with a close-range finish from a corner by Vincent Bezecourt that Orlando’s defense failed to deal with. Etienne forced a big save from Ridgers for the Red Bulls II early in the second half as they looked to add to their lead, but New York made it 20 in the 59th minute as Florian Valot set up Vincent Bezecourt for a first-time finish from 20 yards into the top-left corner of the net. Orlando’s task became even more difficult as Harrison Heath was sent off three minutes later, and while Devron Garcia went close soon after from a header off a corner that was saved, Brandon Allen added a third for the Red Bulls II in the 67th minute to wrap up the victory for the USL regular season champions. Long’s second goal of the game in the 77th minute off Bezecourt’s free kick extended the Red Bulls II’s lead, and while Orlando almost broke their duck late on, New York saw out the win comfortably.

Orlando City B – End of Season