Cohen makes decisive save as No. 8-seed Blues advance in dramatic fashion 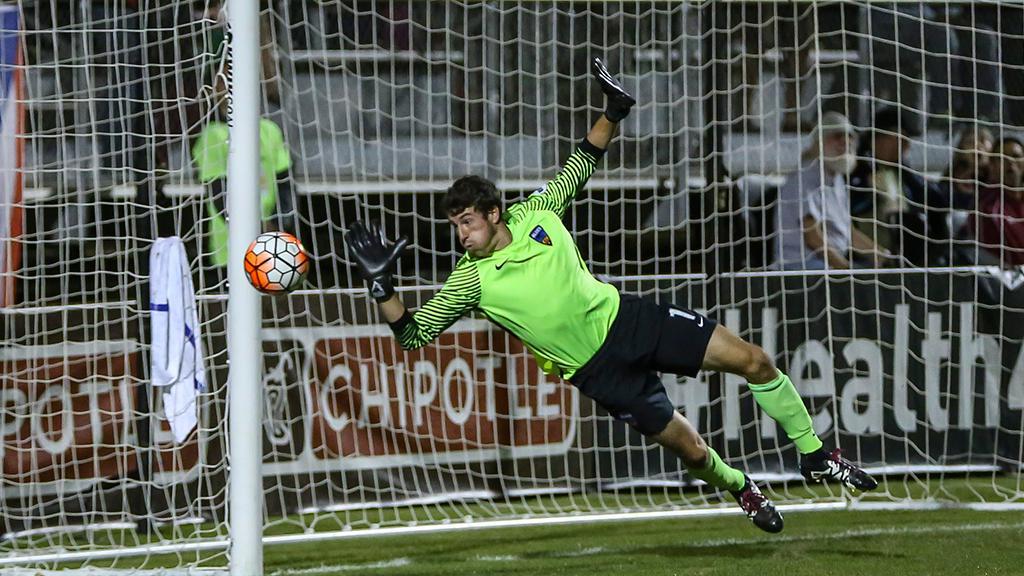 SACRAMENTO, Calif. – No. 8-seed Orange County Blues FC recorded a 5-4 victory in a penalty shootout to eliminated No. 1 seed Sacramento Republic FC in the Western Conference Quarterfinals of the 2016 USL Cup Playoffs after the teams had played to a 0-0 draw in front of 10,962 fans at Bonney Field on Saturday night. Blues goalkeeper Josh Cohen saved from Sacramento’s J.J. Koval to open the third round, and subsequent conversions from Dusan Stevanovic, Orr Barouch and Didier Crettenand gave the Blues their first playoff victory in club history, and a clash with the No. 4 seed Swope Park Rangers in the Western Conference Semifinals. Orange County had a big double-chance go begging as a miscommunication between Republic FC goalkeeper Evan Newton and defender Chris Christian saw the ball drop to Mats Bjurman. The midfielder had his shot cleared off the line by the recovering Christian, and Akwafei Ajeakwa fired the rebound off the crossbar and out. Republic FC’s Matt LaGrassa had a shot from 20 yards tipped over by Blues goalkeeper Josh Cohen a few minutes later, while Cameron Iwasa’s header from a corner four minutes before the break was also denied by Andrae Campbell’s clearance to keep the game scoreless. Orange County was denied as Trevin Caesar broke in on goal behind Sacramento’s defense six minutes after the break, only for Newton to stand tall to save. Ajeakwa curled a shot just with 15 minutes to go for the Blues, while Sacramento’s Carlton Cole had a shot charged down five minutes later as the game remained scoreless at the end of 90 minutes. Sacramento almost stole a winner late in stoppage time as Iwasa’s low cross was cleared to safety by Blues defender Brenton Griffiths, but Cohen’s save and Crettenand’s make in the fifth round send the Blues through with victory over their in-state rival.

Josh Cohen, Orange County Blues FC – Cohen made the decisive save in the penalty shootout to deny J.J. Koval, giving the Blues the edge that his teammates followed through on to advance.