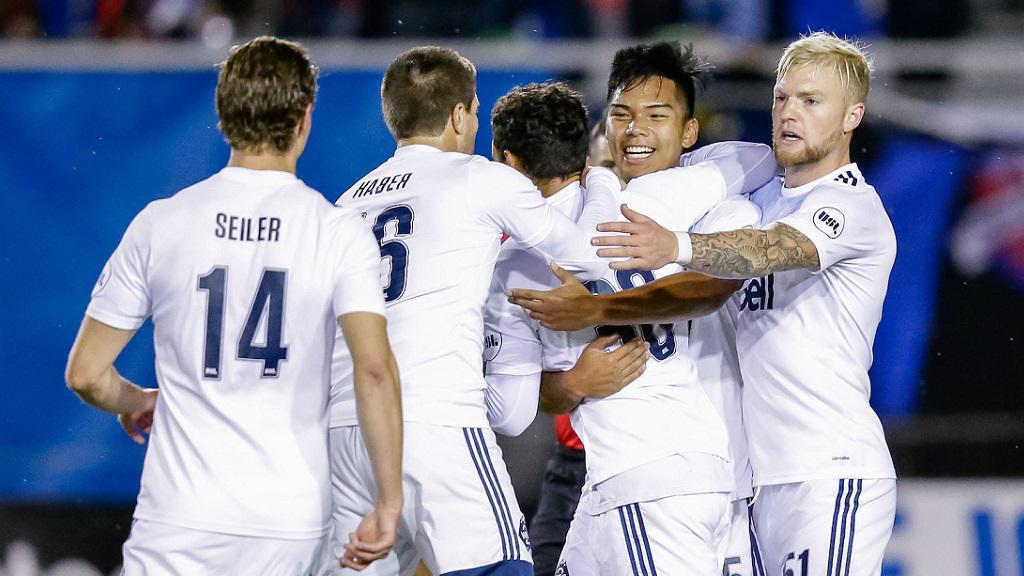 COLORADO SPRINGS, Colo. – Vancouver Whitecaps FC 2 overcame an early deficit and rallied for a 2-1 victory against Colorado Springs Switchbacks FC during Friday’s Western Conference Quarterfinal match of the 2016 USL Cup Playoffs at Switchbacks Stadium. Playing on a slick pitch, Kianz Froese scored off of his own rebound in the 31st minute and it served as the winner for WFC2, which was playing in its first postseason match. Vancouver captain Kyle Greig started the rally with a 17th-minute goal. Colorado Springs enjoyed a strong start with Switchbacks captain Luke Vercollone heading home a seventh-minute score, but the host side was unable to hold onto that early advantage. Defensively, WFC2 had one of its better games despite the poor start. Kadin Chung had a couple strong tackles, the back line limited the attack of players such as Miguel Gonzalez and Vancouver solidified things after a rough opening 15 minutes. WFC2 will face either No. 2 seed Rio Grande Valley FC or No. 7 seed OKC Energy FC next week in the Western Conference Semifinals.

USLSoccer.com Man of the Match:
Kyle Greig, Vancouver Whitecaps FC 2 – Greig began the rally for Vancouver and was unfortunate not to find a second tally in the early moments of the second half.