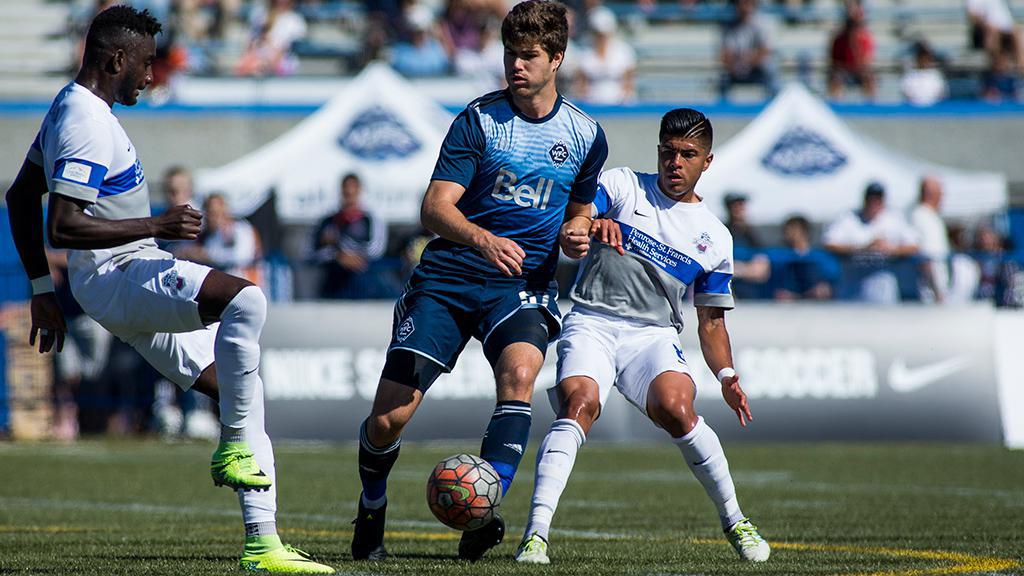 VANCOUVER, B.C. – Vancouver Whitecaps 2 begin their first ever USL playoff campaign with a tricky trip to take on Colorado Springs Switchbacks FC on Friday night, and the contrasts between the two second-year sides makes for one of the most interesting match ups in the first round of the 2016 USL Cup Playoffs.

Vancouver has had a complete turnaround in fortunes from a tough inaugural season in the league where they finished second-to-last in the Western Conference, 12 points adrift of the playoff places.

WFC2 now begins its first postseason push having recorded 15 more points than in 2015, after a year that's left Head Coach Alan Koch feeling “very, very proud” of what his young squad has achieved.

"Coming in the first year, we saw exactly what the USL was about," Koch said. "What we needed to have success in the league. We made a couple of adjustments. We played a lot of young players this year, and give the guys credit, they’ve fought through literally until the bitter end. They thoroughly deserve to be in the playoffs."

For Colorado Springs, a run to the Western Conference Semifinals in its debut season immediately raised expectations heading in to the club’s second year. The Switchbacks rose to that challenge, just missing out on the No. 1 seed in the Western Conference following a loss in their regular-season finale against Orange County Blues FC.

With a continued growth built upon a strong defensive footing, the target now for Coach Steve Trittschuh’s side is to try and exceed last year’s achievements.

"One of the things I wanted to do in the offseason was to strengthen our defense," Trittschuh told USLsoccer.com. "I think we've done that. [The recent win against Vancouver] was our 14th shutout this year. I also wanted us to keep scoring goals.

"Last year we scored a lot of goals, but we were letting in soft goals. We've kind of remedied the defensive side of it and at this time of year now we're starting to score some more goals and we're getting goals from different people too, so that's a good sign." 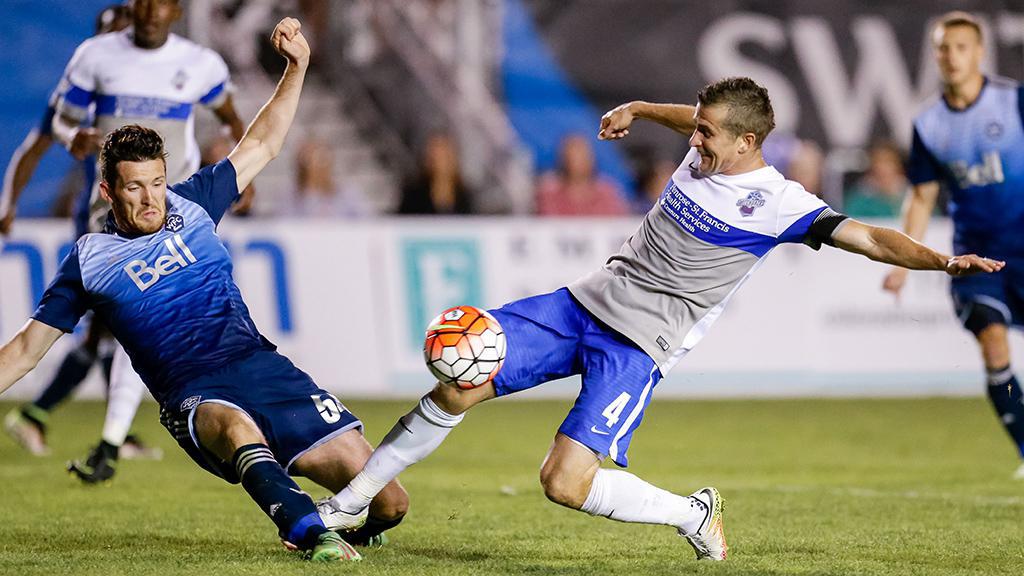 The Switchbacks have only lost twice at home all year, but WFC2 can take confidence from the fact it was one of the few teams to cause Colorado Springs some problems at home, fighting back to come away with a 1-1 draw at the end of July.

"We definitely take a lot of confidence from the fact that we went there and got a point during the regular season," Koch said. "Any time you've been somewhere and either won or got a point on the road, you know you have the ability and the confidence to go back and try and do the same thing again. Obviously this time you've got to go there and win the game, whether that's in 90 minutes or extra time or penalty kicks.

"Our young group feel pretty confident. No matter where we were going to go, we're going to feel good about ourselves. We feel like we've had a very, very good season with the group that we have. We're excited to be in the playoffs and we'd like to keep this run going."

Friday’s game will be the third meeting between the sides this season. The most recent match came up in Vancouver earlier this month, with the Switchbacks running out 2-0 winners, but the scoreline doesn’t tell the whole story of the game. A young and understrength Vancouver side played most of the match with 10 men following Matthew Baldisimo’s 18th-minute dismissal.

But whether that game tells us much about their playoff battle ahead is debatable, and Koch feels both teams came away with something from that game.

The game throws up a few contrasts both in style and personnel. Colorado Springs has built its season upon defensive strength, while Vancouver are a fast, free-flowing attacking team with goalscoring threats throughout their side.

It’s also a battle of WFC2’s youth versus the Switchbacks’ experience.

WFC2 captain Kyle Greig is the only player on Koch’s squad with experience of the USL Cup Playoffs from his time with OKC Energy FC, although a number of Vancouver’s side have a strong history in the USSF Development Academy playoffs. Far from being a hindrance, Koch feels it may in fact benefit his team.

"It's safe to say they're going to be an experienced group," Koch said. "That's their go-to. They've got a lot of older guys that have been in the league and have done it before. We're obviously a younger group, plus a guy like Kyle and one or two guys. But we'll use the youthful exuberance going in to this game.

"Sometimes it's good not to even know what you're getting yourself in to. You go in and you embrace the opportunity, which our players have done all season long. Just go out, give it your best shot, and see how the game unfolds."

Trittschuh knows form and history tend to go out the window when it comes to knockout playoffs games, and he’s seen enough from the regular season to know that every single team in the postseason has a good shot at bringing home the USL Cup come October.

"It's a crazy league", Trittschuh said. "It seems that anybody could beat anybody on a given day. That's just the competition of this league. I know Vancouver play a lot of their young kids, but they're still quality players. Everybody plays with quality in this league. A lot of these games are just grind it out." 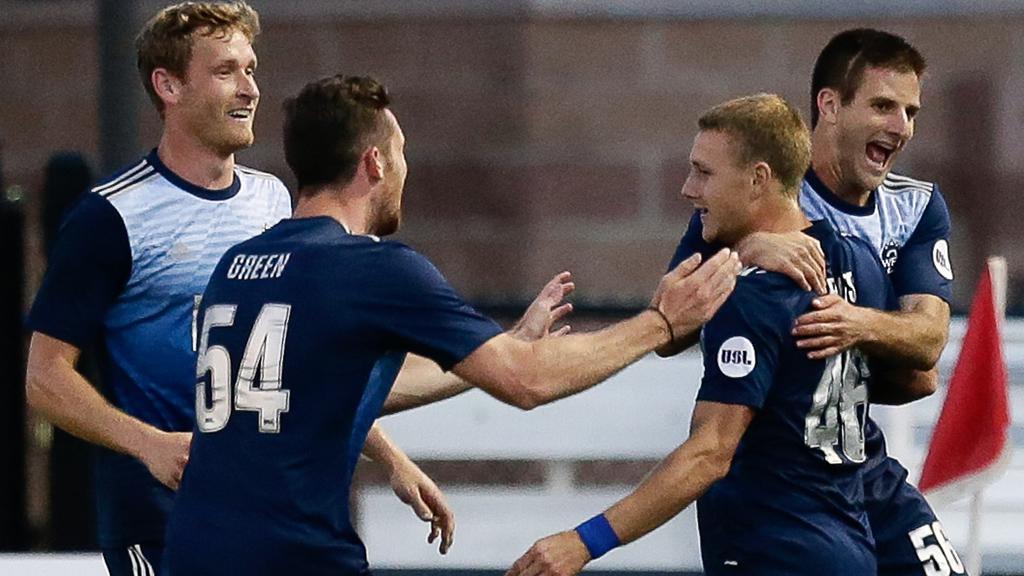 The playoffs are all about hitting form at just the right time and getting some confidence behind you.

Coming off a poor run of recent form, Vancouver wrapped up their regular season with a strong 2-1 home win against Energy FC. The reverse was true for Colorado Springs, who ended on a sour note after a three-game winning streak as a late collapse saw Orange County take a 4-0 victory last Saturday night.

Has the momentum suddenly switched?

"It's the playoffs," said Koch. "Whatever happens in those 90 minutes, that's all that matters. It doesn't matter what's going to happen next and what happened before. Having said that, the feelgood factor does add to the game. Players can go and feel good about themselves and feel confident that they can go out and play maybe a little more relaxed, and hopefully focus on what they need to do.

"They might have lost their last game, and they were under pressure to win it because they could have won [the conference], but Colorado Springs have had a great season. So they'll take a lot of confidence from their season and they'll take confidence from how they've done at home too. They'll feel good about themselves, but we feel good about ourselves too. The last game did give us some of that feelgood factor again. We'll go in confident, but I'm sure they'll be confident too."