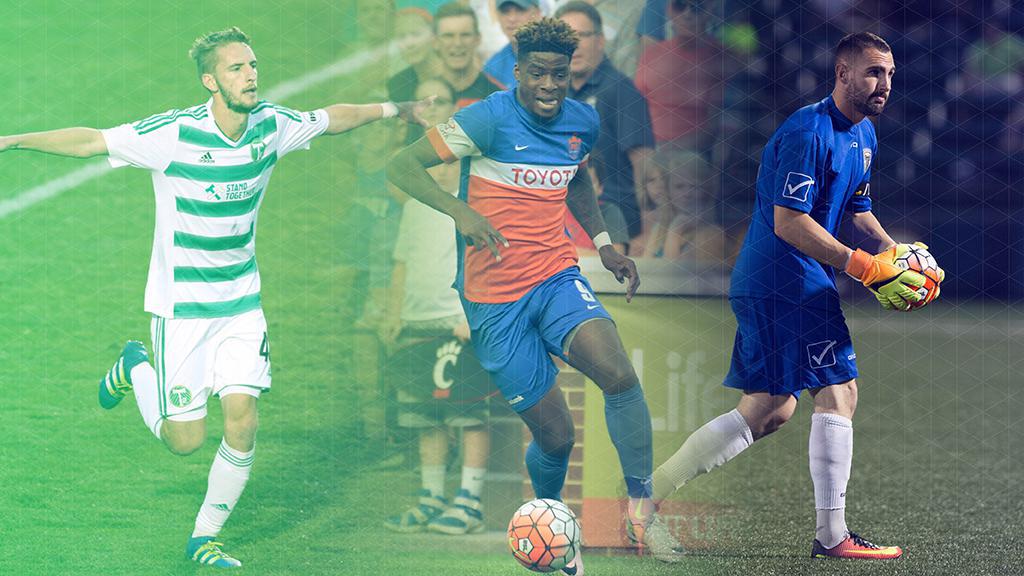 FCC’s Okoli claimed the 2016 USL Golden Boot as his 16 goals in the regular season placed him just ahead of a crowded race to the finish. Okoli scored the only goal in Cincinnati’s 1-0 win against Pittsburgh on Saturday to push him into sole possession of first place, as the New York Red Bulls II’s Brandon Allen and LA Galaxy II’s Jack McBean finished tied for second with 15 goals apiece.

Portland’s Bijev also claimed the USL Assists Champion crown on the final Saturday of the season. Bijev’s helper to set up Augustine Williams’ goal in T2’s 3-2 victory against Arizona United SC gave him 10 for the season, one ahead of Sacramento Republic FC’s Danny Barrera.

Rochester’s Gomez claimed a second consecutive Golden Glove award for the Rhinos as his shutout against Toronto FC II on Saturday evening earned him a league-leading 0.69 goals-against average for the season. Rochester’s Brandon Miller claimed the award in 2015 with a USL record mark of 0.56.

Both Okoli and Gomez are set to be in action this weekend as the 2016 USL Cup Playoffs kick off.