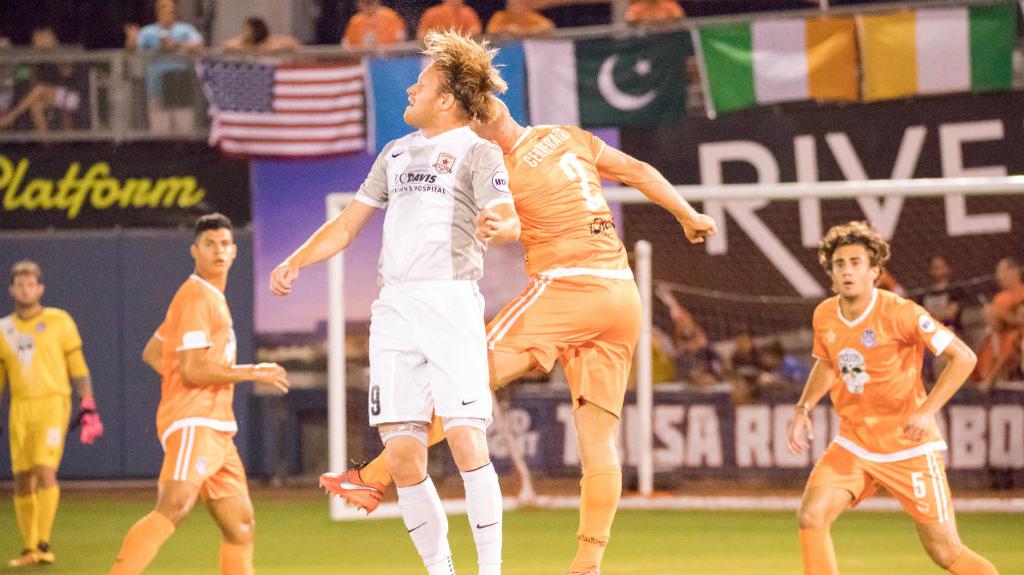 TULSA, Okla. – Sacramento Republic FC had no problems finishing the 2016 USL regular season with a win, earning a 3-0 victory against Tulsa Roughnecks FC at ONEOK Field on Saturday. Mackenzie Pridham, Cameron Iwasa, Daniel Barrera and Harry Williams all scored to help Republic FC secure its seventh road win of the year ahead of the Western Conference Quarterfinals of the 2016 USL Playoffs. Bryce Taylor had one of the best opportunities to score for the home side, but his powerful header flew just wide of the goal in the 77th minute. With the win, Republic FC finishes the 2016 regular season with a 14-6-10 record. The Roughnecks finish 5-21-4, with three of their wins coming at home.

USLSoccer.com Man of the Match:
Daniel Barrera, Sacramento Republic FC: Barrera scored the third goal of the game and was active in the midfield, creating scoring chances for his teammates throughout the first half of action.