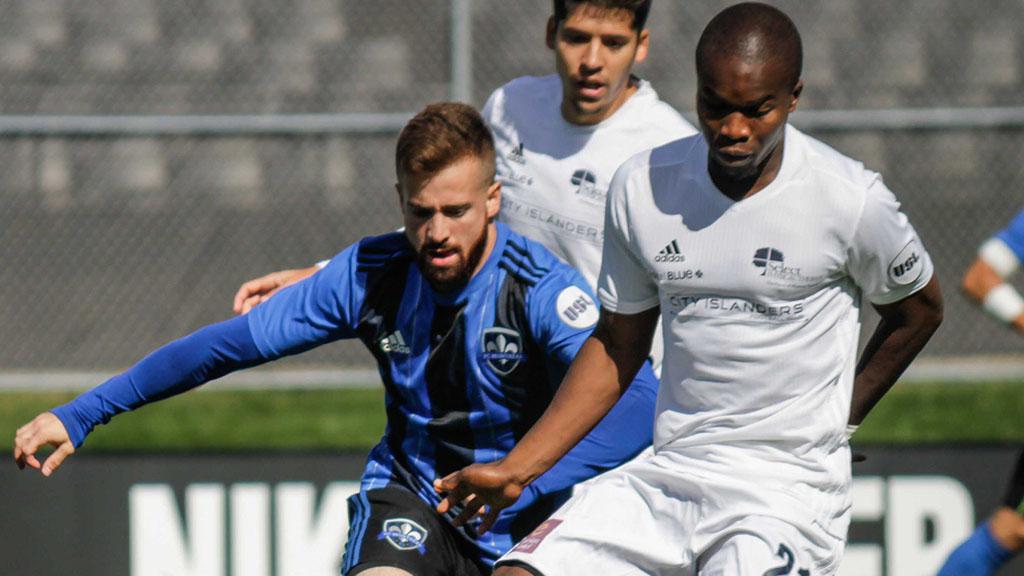 MONTREAL – The Harrisburg City Islanders took a 3-1 victory against FC Montreal on Saturday afternoon at the Complexe Sportif Claude-Robillard in the final game  of the 2016 USL regular season for both clubs. Both sides had chances in the first half. Montreal’s Anthony Jackson-Hamel sent a finish wide of the left post in the 28th minute, while Harrisburg’s Jose Barril flashed a shot from the top of the penalty area wide of the right post in the 32nd minute, but the City Islanders grabbed the lead in the final minute before the break as Barril broke down the right and centered for Cam Vickers to finish into the top-left corner. Harrisburg goalkeeper Nick Noble denied Ballou Jean-Yves Tabla’s shot from the right side of the penalty area with 19 minutes to go, and moments later the City Islanders doubled their lead as Craig Foster broke in behind the Montreal defensive line to notch his eighth goal of the season. Montreal pulled a goal back with seven minutes remaining as Thomas Meilleur-Giguere headed home Tabla’s cross from the right, but an own goal with two minutes to go restored Harrisburg’s two-goal lead wrapped up victory in their final game of the season.

Cam Vickers, Harrisburg City Islanders – Vickers opened the scoring for the City Islanders’ with a well-taken finish off Jose Barril’s assist, sending the side on its way to victory to close out the season.