Steel Held by Riverhounds, Drop Out of Playoff Race 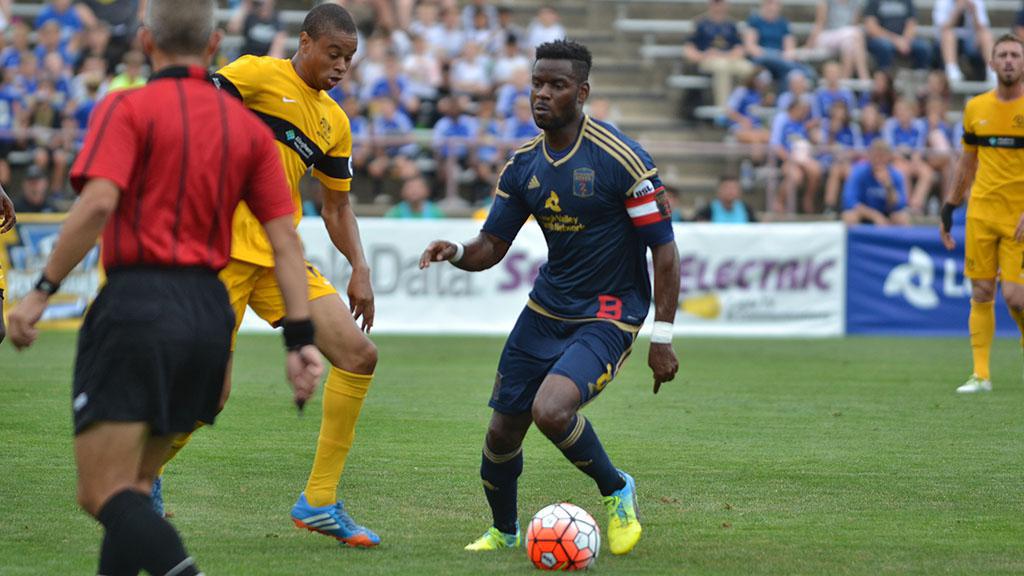 BETHLEHEM, Pa. – Bethlehem Steel FC rallied from an early deficit against the Pittsburgh Riverhounds, but a 1-1 draw on Sunday afternoon at Goodman Stadium saw the side eliminated from playoff contention. The Riverhounds took the lead in the ninth minute when a bad defensive giveaway led to a penalty kick for Pittsburgh, and Corey Hertzog put the chance away for his 13th goal of the season. The Steel almost responded immediately, but Corey Burke’s initial shot was saved well by Riverhounds goalkeeper Zack Steffen, before the Jamaican forward sent the rebound wide. Burke went close again a minute before halftime, only for his header to go just wide of the right post, while the Riverhounds almost added to their lead moments later when Drew Russell’s header was turned over the crossbar by Steel goalkeeper Matt Jones. The Steel got on level terms midway through the second half as Burke surged into the left side of the penalty area and cut back a cross that was chested home by James Chambers. The Riverhounds almost regained the lead with 15 minutes to go, but a goal-line clearance by the Steel’s Ryan Richter from Hertzog’s lobbed finish denied the visitors, and Hertzog had another chance flash wide five minutes later as the Hounds looked to strike on the counter-attack. Hertzog should have put the game to rest in stoppage time as Jones made a good save when the Riverhounds forward was put in one-on-one, but the Steel were unable to find a decisive finish late to see their playoff hopes come to an end.

Zack Steffen, Pittsburgh Riverhounds – Steffen came up with big saves as the Riverhounds took a point on the road from their penultimate game of the season, and eliminated the Steel from playoff contention.