Goals by Tayou, Chin earn victory in front of crowd of 6,735 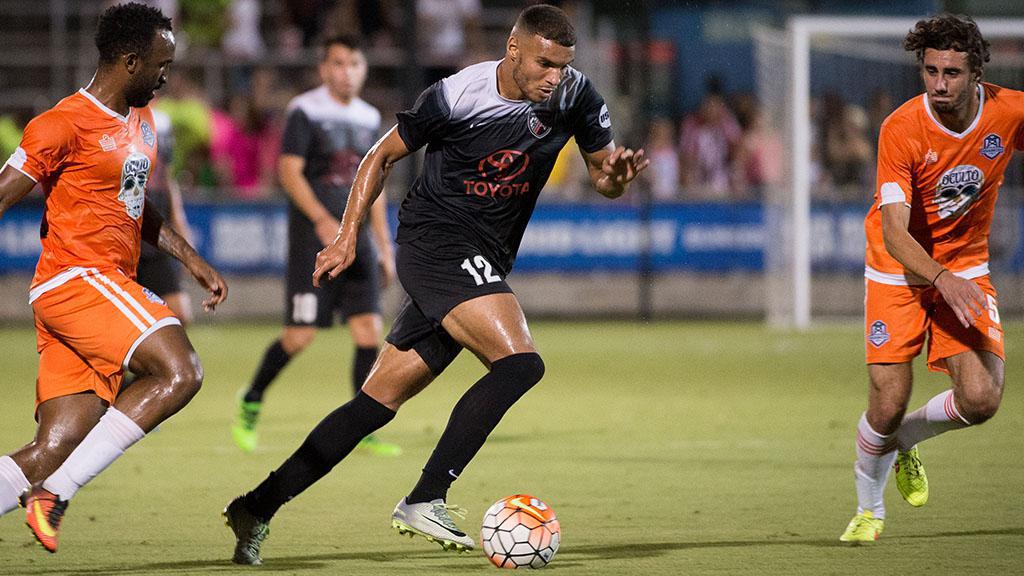 SAN ANTONIO – San Antonio FC kept its playoff hopes alive with a 2-0 victory against Tulsa Roughnecks FC in front of 6,735 supporters at Toyota Field on Saturday night. SAFC almost took the lead in the seventh minute when Rafael Castillo’s shot from 25 yards came back off the crossbar, while the Roughnecks missed a big chance from the penalty spot when San Antonio goalkeeper Matt Cardone denied Sammy Ochoa in the 12th minute. Both teams threatened in an open game after the fast start, and Castillo hit the woodwork again in the 36th minute as a low shot came back off the right post. San Antonio took the lead off a corner four minutes into the second half as Franck Tayou put home a bicycle kick from close range. Tayou went close to a second just past the hour-mark, only to shoot over from 12 yards off a cross from the left, before Tulsa’s Cristian Mata almost found an equalizer with a header a few minutes later. Tayou again almost scored with a header that went wide from a good cross by Greg Cochrane, but San Antonio put the game to bed with three minutes to go as Shawn Chin scored from 10 yards off Carlos Alvarez’s seventh assist of the season.

Rafael Castillo, San Antonio FC – Castillo was desperately unlucky not to score at least once on the night, but was strong throughout the game both winning possession and distributing to help SAFC claim victory.